What do you think about the administration of funcom?

For Server bans, please direct your questions to Zendesk.

yup , based on what we have seem, that is NOT useful for the “offender” as they never get clear responses of their offence, , getting a message that says land claim abuse without explaining what was the land claim issue. or building abuse without showing what the abuse was, is not helpful and people could repeat the offence because they dont understand what the offence was,

i do undetstand that forum moderation , needs to be kept private, but in game moderation should not be hidden from public, it looks like funcom is trying to hide those cases, my question why? it must have a reason, right? does the reason helps the community? or helps funcom alone? if the suspension was just , who in here will say otherwise? some bans are super ok and well deserved, and since there is a lack of clarity with some of the TOS rules, showing those builds that got people suspended will bring lights to some of this issues that are into those “grays” areas.

Zendesk in a great deal of cases, does not help but it gives some players, the ability to get rid of others for the reason of not liking them.

As for the Server ToS, I suggest that you review the updated version.

thanks for bringing a one year old incomplete TOS, that has been under discussion since it got posted (as you might be already aware) last clarification of it, came with @Umborls in march 2022, it brings some clarity to some extreme cases, but not to those considered into the grey areas.

EDIT i noticed they added a very vague false report section. i will suggest that they change the last time update to yesterday date, as it shows august 2021 as last time it was updated.

i dont think that section and the disciplinary action will make those zendesk abusers stop. time will tell

Yes
Not your business, because i have many enemies who.are still hunting me, plus i dont want you spamming the ToS in chat on my server. I can escape y’alls annoying tears there. And I never overbuild. Like @erjoh , i play small and deceptive.

ok , so you are on a pvp server, your play style has nothing to do with pve, do you agree that pve, pvpe and pve-c needs to be handled differently? as each server mode holds different type of players?

They despawned the black ice in the Frost Temple through building ?

ok , could you please define what is overbuilding? in terms of building pieces used ? or land claim wise?

it all depends on the person watching, and their experience.

you see if funcom could tell , we consider overbuilding when user has used more than 5k pieces in a single build, then we got somethign we can work on for sure.

I would agree with you , just one issue I would have though, how is overbuilding defined? Pointless walls might be easy to point at but, what other overbuilding could be defined .

They were, but nagging and jumping thread to thread has hurt the cause. Plus, new ToS came out, saying basically what we already knew. FC reviews the cases, and they added in a bit about false reports. But as i figured, that is still not enough. They only want vindication, not real solutions.

still waiting to hear what exactly is overbuild in terms of building pieces!

all some of us ask is clarity. nothing more.

I reaaly dont care. Which is why i put the 2 of them on ignore. Just tired of their fake vituoso performance. Theu claim to be on a heros journey to help all of Conan, but really are just boring keyboard warriors to me.

Overbuilding is easy to see. You will know it when YOU see it.

I would agree with you , just one issue I would have though, how is overbuilding defined? Pointless walls might be easy to point at but, what other overbuilding could be defined .

Building a ton of empty space is likely overbuilding. Like for example you can enclose things like wheels of pain and crafting stations and may even be encouraged to do so. But building a large mostly empty structure that only looks pretty on the outside and serves zero function outside of that may see a demo/wipe in the future.

The playerbase can benefit from:

• clearer ToC
• clear and concise direction regarding the proper way to play on Official Servers
• stop suspending/banning for minor infractions
• implement a warning system
• ToC link on launcher or in game menu
• include a General Inquiry option on Zendesk
• include the DbD that was worked on for PVP
• rework the building system to have upkeep
• when contacting Zendesk for clarification on reason for suspension/ban, receive clear and concise reasoning and not canned replies or repeats of the in-game suspension/ban message
• clarify the actual date that player is suspended until in the in-game message
• look into a better anti-cheat system
• when reporting clear ToC infractions that includes supporting evidence with no doubt, such as hacking or exploiting (especially undermeshing), receive quick action and response
• when addressing reports for hackers, halt sending canned replies weeks later apologizing for the wait and hopes that the hacking has gotten better
• administration not to tell players in emails regarding clarification for suspensions to choose a different server or mode (from PVP) if they don’t like it

These are my suggestions about how adminstration can do better.

Regarding zendesk issue you sumarize it well.

I understand what he means.

But what he fails to acknowledge is that it simply does not matter how small you build, people have been adminwiped with what we know as ToC compliant bases.

Then when asked why through Zendesk players receive little to no explanation.

I would Say , what we believe is a toc complaint base.

I think the zendesk admins have different interpretaron of their own toc .

Don’t know for sure.

The open ended ToC can be interpreted differently. Using common sense would be the logical conclusion but you and I know that it’s simply not the case.

I know 8 posted this before but my base might be consider to big for ToS but no real players ever complain about it. It was all impressed by the base. The only time people had an issue is when they failed to raid or tried to extort.

I personally like raiding big bases it is more fun. Also the fact it was there before ToS was enforced so took a lot of effort to shrink it. Every piece for the base had a purpose and all towers had a base. Each base had a group of clan members this way loot not all in one spot. 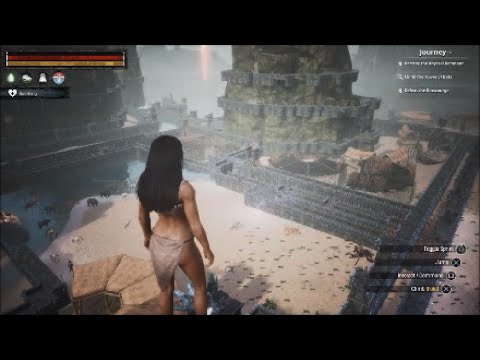 P.S: my base was all condense and not spread across the map like most clans. All in one spot.

I realize you’re still upset about your ban but christ man, that base spans 4.5 squares on the map. Long walls enclosing the area that has been actually confirmed to be against ToC. It doesn’t matter that if it was in one area, it doesn’t matter that the ToC was revamped after your base was created, it doesn’t matter that people gave you compliments or that there were no other complaints, it was ginormous. The amount of placeables would make anyone’s computer potentially puff smoke. Not to mention the blocking off of chests and POIs in that area

You keep trying to justify that you were incorrectly banned. I may agree that a warning, explanation and time to correct was in order but that claim had to be reduced down to a fraction of what you had.

This has been explained over and over to you. Bases like that are why there needed to be a ToC and enforcement.

I have warned the posters to this thread, in general, to not question Server bans in the Forum per the TOS. Continuing to do so in this thread or any other thread will result in the offender being silenced or suspended based on previous offenses.

sorry but that place is (for me) ,… well not ok, for official servers, the ammount of fences, the size of it, was., insane, and in this case funcom did well to wipe it, i am being honest here.

I may agree that a warning, explanation and time to correct was in order but that claim had to be reduced down to a fraction of what you had.

they should have provided an explanation if they didint, but the video itself is just enough to understand it, the wipe was a good call on funcom. it really was. and your case is clearly stated on the TOS, it is a massive buidling buddy.

Foundation spam is probably the cause, granted this isnt a deterrent to anyone whos active, but i can see how this would make causal player not even want to try… there is a line between un siege able and not worth the time, unless of course you p.o. the wrong person