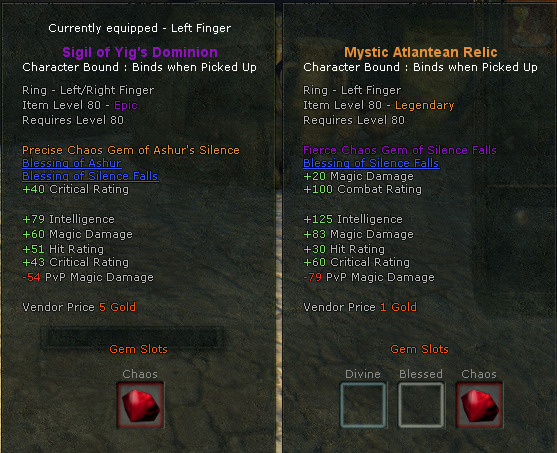 Remove both rings and then equip them again. Also a side note: hurts to see that gem put into an epic ring

I’ve re-equipped many times and it doesn’t fix it. The gem is removable whenever I get a suitable legendary gem

After quitting the game and restarting, it now works

Not sure what u meant, but no u cant re-apply a gem from one ring to another.

Also, make sure to remove both rings to inventory, if u just replace them one by one it wont fix it