Why does it take funcom so long to fix stuff?

I mean the update came out over a week ago and still no hotfixes to help with all the new bugs. Several servers are extremely laggy and most thralls and enemy npcs are buggy. I know it might not be the biggest team but I have seen games with much smaller teams fix stuff wayyyy faster than this. Its starting to seem like its just a month or two hiatus after every big money generating update.

No way. There’s like 3-4 full servers if the severs can’t handle that then it’s time for a new engine.

Overloaded in G-portal terms can mean anything over about 15 players.

Depending on a few other variables…

Overloaded in G-portal terms can mean anything over about 15 players.

Pretty much this. The official server limit ought to be 20. 40 is WAY WAY too high for them. G-portal IS the cause. I’ve used them myself and they couldn’t handle a server with 20+ and a handful of mods. It would disappear from the server browser, direct connect would take 3-5 minutes if it went through, mobs and NPCs rubber banded around, Server FPS was <5 and you would simply lose connection randomly. This was after a fresh restart too. Database was less than a month old.

Took the same database to Serverblend and it ran flawlessly with a 60 server FPS. And still does so 2 years later with many more mods. So any server on that provider or GTX Gaming should be good. Low.ms and Ping Perfect will be better than G-Portal as well. There’s a few other options too a google search will provide. Unfortunately if you’re on console, you’re kinda boned.

The best performance and ones the servers with 70, 80, and 90 player limits have, are on dedicated machines. This is not a cheap option however. That’s where running a CE server gets pricey. But when you have player counts that high, donations should be enough to subsidize.

The official server limit ought to be 20. 40 is WAY WAY too high for them. G-portal IS the cause

Ok if this is the case why now? The gam has had more players than this. Servers have been full many times. It seems likely that something wasn’t optimized correctly with 3.0.
FC does have some recurring communication problems

That’s so Garbo they should at least be able to handle 50-60 they have to optimize and work on performance not make servers smaller lmao how
Can rust /ark/ dayz have over 60 in their servers?

So GPortal is not good enough to support the game or the game isn’t optimized enough?

Yeah this is a no brainer in my book. Gportal has a reputation of unreliability and cannot handle the hopeful growth of the game. Unless they have a huge fiscal deal that I’m not seeing, even a 10-20%increase in server costs to switch to something more reliable would pay off in spades with customer retention.

This hot fix just made the game a bit playable on consoles, it’s not ready yet, still need the triple effort to go normal! I would suggest patience, especially to the Playstation players, it’s not always on Funcom, Sony is sloppy in this game years now! Devs of Funcom should be finding their own errors, but “we” blame Funcom for it

. But hell yea @Jimbo, as you said, the returned players do not help the situation at all. Do you remember the old land claim horde, it’s back with the old players, omg.

it’s not always on Funcom

Communication falls on funcom so it is on them. A simple hey we are working on it would probably go a long way. To say nothing however looks poor and somewhat to be expected

For sure, with 20 players or more the min ping is 300 ms if you are neighbor of the server 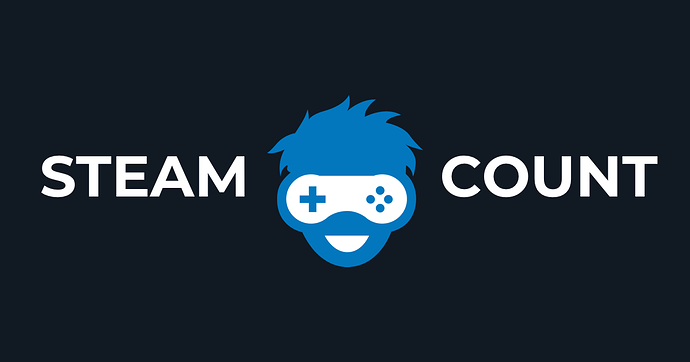 Game has changed a lot since then.

A simple hey we are working on it would probably go a long way.

Check their social media and maybe you’ll see what you seek! Other than that this is the most used answer you get from the @Community admins here, so what was it again?
When the production line spends time on the social media my fellow exile nobody is fixing the game. Did you miss the Sunday update??? You shouldn’t, to get an update on Sunday mean THAT THEY ARE!!!
For God’s sake I am not in a different ship @Boobie, I may suffer more than you think, I don’t have the time of my life in a broken game AGAIN, but being negative doesn’t serve me paul and certainly right now with the pressure they have doesn’t serve them either. Especially now that they have a new whip hitting them every day. I don’t know if in your real life you get money as a boss, because I am not, so I stand in the workers side, because at the end their overhours and their efforts will bring back the game, not the bosses that asked the game to be launched no matter what.
Support the devs now is all we can do, think deeper please.

Ah yes. I love the smell of armchair game development engineers in the morning that know how to optimize game engines and servers

Ok if this is the case why now?

Its been this way for five years.

The gam has had more players than this.

And it used to be far worse.

Can rust /ark/ dayz have over 60 in their servers?

If they don’t use G-portal, probably.

So GPortal is not good enough to support the game or the game isn’t optimized enough?

Private servers can handled double the players of a maxed out official, and still maintain a Server FPS more then an official with only 1 player online (60 vs 30, officials are capped at 30 while other providers cap it at 60, dedicated boxes have no cap)

Yeah this is a no brainer in my book. Gportal has a reputation of unreliability and cannot handle the hopeful growth of the game.

I have had decent experience with SMALL (under 20 players) with G-portal. Anything over that is just not great at all.

Unless they have a huge fiscal deal that I’m not seeing, even a 10-20%increase in server costs to switch to something more reliable would pay off in spades with customer retention.

I don’t know the exact details, but there is a deal in place. You can see this in the fact that G-portal is advertised in the server browser and they have exclusivity on console.

Communication falls on funcom so it is on them. A simple hey we are working on it would probably go a long way. To say nothing however looks poor and somewhat to be expected

This will never happen. Businesses usually do not talk bad about businesses they have agreements with. That can lead to other issues.

My recommendation is to simply blow up the message boxes at G-portal. And I get it, FC messed up in 2017 by choosing them. They are ultimately responsible. But ask yourselves this question? Do you want a moral superiority and highground? Or do you all want to play lag free? Personally I would ditch the highground since we’re talking about performance of a video game, its not that important. FC should have not used G-Portal. That’s on them. But its been done. It cannot be reversed. They made a mistake and they are you all are stuck with it. Its a fact now.

So you need to hit up G-portal. Hit their discussion board, hit their social media, and keep doing it till they tell each and every one of you to legally stop (don’t break any laws). They are going to give you the spiel that its on FC. But no. That’s mostly false (I say mostly, because FC could always optimize further), because the evidence is there. Any server NOT on G-portal runs 10x or more better. Period.

I have YET to see a provider that is worse. All they have to do is whatever other providers already do. And heck if you all are still worried about your moral dignity at sticking it to FC. Do this to G-Portal enough and they will pressure FC. Do not worry about G-Portal being innocent here, they are not. They have no reason being at the bottom like they are. There are smaller mom and pop companies that do far better.

[quote=“stelagel, post:15, topic:204066”]
but being negative doesn’t server me paul and certainly right now with the pressure they have doesn’t serve them either.
[/quote

Asking for better communication is not negative.

now with the pressure they have doesn’t serve them either

i wonder who make it so, so they now have pressure?

Especially now that they have a new whip hitting

It cannot be reversed.

they could change gportal for something else and migrate their servers ,

whats the point of having a free weekedn so people finds outy the game is unplayable because of lag caused by 26 people playing at the same time? guess what, that is people NOT PLAYING THE GAME, which means people NOT buying the game, (at least not in the numbers a campain like this hopes to achieve)

if they dont fix their damn servers, the game will keep stalling into numbers of people who can play the game.

i guess when the week is done, i will be looting a lot of new places, abandoned by people who did find the game unplayable.

Lmao ark /dayz on gportal for sure even valheim, you don’t even know and want 20 per server lmao that’s horrid map is big enough for 60-80 people of they actuall Optimize the game properly