Vault entrances should no longer exhibit an unintended intense glow.

I thought the lighting issues were all linked but apparently whatever was causing the trees to glow was not fixed in that update. Between the brightness of the trees and the glare effect that the game adds to the screen, it is nearly impossible to see anything. 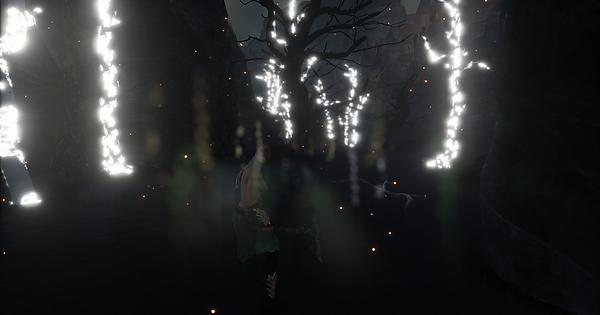 It is an issue with the TestLive dedicated client only. If you use TestLive as a branch of your main client, the trees will look normally.

The TestLive stand-alone client is basically a separate product and there are some issues with downloading some assets for it which you won’t have when the update goes live or if you use the main client and select to run TestLive on it.

If you use TestLive as a branch of your main client, the trees will look normally.

Thanks for the advise, I gave that a try but it did not fix the trees like you suggested. I decided that maybe I should delete the old save and start fresh (I am playing on single player). I created a new toon, admin spawned in a thrall and some clothes. Before I could make it to the ashlands to check the trees my game crashed (not a normal occurrence). I did manage to take a picture of some new texture issues before the game crashed tho. 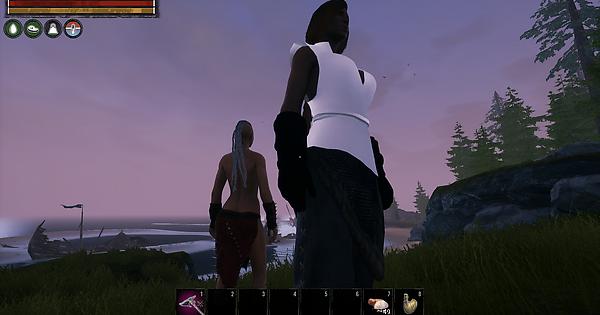 I have now made it to the Ashlands and even using the TestLive branch of the main client (as you suggested) has not cleared up the fluorescent trees for me. I also verified my local files to ensure my files weren’t corrupted somehow, but all files verified and the problem still persists (at least in single player).

Fyi, the Black Corsair Fighter chest pieces are also missing textures now (solid black). These are enemy thralls found in a camp in the Ashlands, not admin spawned thralls or gear. 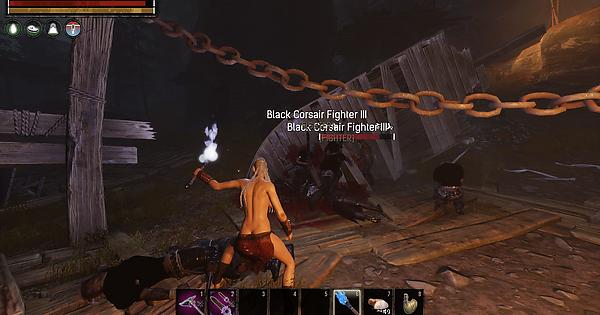 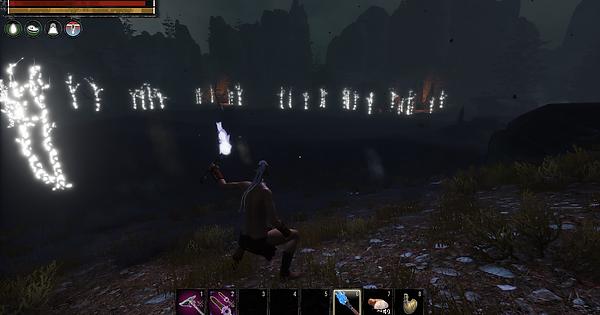 I’m pretty sure this is an issue in the current build of Test Live. I am not 100% sure what Narelle was trying to say, but I am going to take a wild guess and say Narelle meant to say use the Live version of the game and not the Test Live version to avoid these issues.

Thank you @rigultru. However, I’m not trying to avoid the errors themselves, I am trying to report errors and hopefully determine if the issue is on my end or just the latest version of TestLive. I think it is safe to say the latter is true in this case.

My game has crash 4 times now and I am doing fresh install ATM. =/

No worries @rigultru, I understood what @Narelle was telling me as there are two ways to access the TestLive and it was smart to test both incase one was flawed. I believe I successfully proved though that both are acting the same and the flaws lay with the latest update.

I will re-test the trees because they looked fine for me. Crafters’ white clothes is a separate issue and confirmed to be a bug introduced by the latest patch.

p.S. I am also not saying don’t report bugs, all I am saying is that this specific issue is known to be related to the TestLive client.

Well, that doesn’t explain why the trees were glowing for me in both the TestLive branch from the main client as well as the TestLive Client. I posted pictures from both based on your suggestion. I guess at the end of the day, all that really matters is that is doesn’t look like that when it goes live. So if you say Funcom is on top of it, regardless of what the cause is, I’m cool with that.

PS ~ It is definitely discouraging though to test someone’s product and despite advising them of the errors, nothing happens. I am constantly hearing people complain about how bad patch x.x.x is and the number one retort is always “well you should’ve helped test it on TestLive then.”

Hi @DaVice, we’ve taken note of the issue with the trees’ material and will try and get it reproduced and fixed before the live release of this patch.

As Narelle has mentioned, we’re also already looking into the clothing texture issue.

Although certain issues may occasionally make it outside of TestLive for a number of reasons (i.e. time constraints, hard to reproduce internally, complexity), we do our best to tackle each and every one of them.
We also pay close attention to the feedback we get from the community, so thank you for helping us!