I went back to check documentation to be sure, it looks like it will be 4 events total, 3 new experiences and grave matters will return as well.

great news, thanks for the reply!

Amazing recap as always Multi. You know what? No, not as always. This is beyond amazing!

, he is something else. My dear Multi, I am really happy I don’t have to tag your name here in your post, once again, million times told, you are awsome as always.
I didn’t read all the recap, just the starting chapters and I saw you have your own comment here too, man that’s awesome too.
I came “down” to congratulate and thank and go straight up to continue reading…
Thanks a million again

@Barnes, he made a Dino fly not just a donkey

Look Funcom if you want to listen to the monetization guy you hired and make battle passes never be able to return and spite the community that plays your game if their taking a break or couldn’t finish on time then you do that. You can take money over humanity because its your game. But between me and you I would of been willing to buy every battle pass because i love decor and cosmetics.

But seeing that right now you’re learning towards “Fear of Missing Out” Tactics which many consider inhumane and evil I will more than likely not buy a single battle pass if not completely look for a different survival game to play. Their are several already out there with ARK 2 going to be a big release with at least another several coming out within this year as well as the next.

I’m just one voice of many and I know our individual voices matter not to you. But I hope you realize that good faith and dedication to the long run can be surprisingly more beneficial than short monetary gain. Coming from a player who bought the base game and expansion twice for a close friend as well as every dlc so far out of love and support for the game and the passionate dev team behind it.

English is not my main language and your recaps are helpfull.

we don’t talk enough of event system, what will improve exploration and pve.
I dream of a futur of conan wherte a lot of different events can happen (where event are rare, not 1 event every hours, I thing it have to stay rare, but with a lot of diversity )

Thanks so much for this recap, Multigun. Love your mods, love your recaps!

I was excited to hear there is a story around this Age that we get to play through. I’ve loved the great Conan-style stories around the Exiled Lands and Isle of Siptah. Looking forward to more!

And Conan mechs! Completely doable! Star metal, and science! Uh, I mean sorcery! Then we can have dinos…

Thank you for the written version of the live stream, some things I see more clearly now.

I really appreciate your work, include your Mods.

Demonic Fire orbs are now stronger for use in siege battles. They weigh more and the persistent effect deals more damage. Dennis says here that they wanted to make them a more viable option. They are good for taking down buildings over time and are much better for using this way then they currently are.

Many blessings for doing this recap. No matter what, reading always helps make it sink in. Thank you again, @Multigun!

Is it allowed to start a conversation in this thread? I know that you are really busy and notifications might be annoying at this time. Then the fear of fiery posts might derail the situation here. So either answer, or not answer at all will be well accepted equally. Thank you for your time.

Just remember with @Multigun, it’s like Batman not answering the Bat-Signal right away: maybe it’s because he’s busy!

I think there are various threads that address concerns, feelings and speculation etc. In my opinion, this thread needs to tread a tightrope of either congratulations or technical questions. For instance, if some terminology is a little murky, or technical, or inaccessible.

Any one know what about tools and armors that give survival att points, how it will work in 3.0, like darfari witch doctor mask, black blood tools, asura and survivalist sets?

This reacp really helped me to understood things very well, expect by those 2 points. If i understood correctly, will some one can have 2 active followers at 20 auth? Like for example and archer and an warrior, or pet, plus the mount?

Is it allowed to start a conversation in this thread?

Its fine. Though what Barnes said would probably also be accurate. For example, i would leave the discussions about market place or the bazaar in the other (many) threads on that subject. I will also be trying to avoid providing my own opinion on subjects as for the purpose of this thread and recap is meant as a purely informative one.

But if you have questions on the stuff i wrote, ask away. If there is anything i can clarify with Dennis later, I will attempt to do the same (though thats no guarantee, that dude is a busy guy). 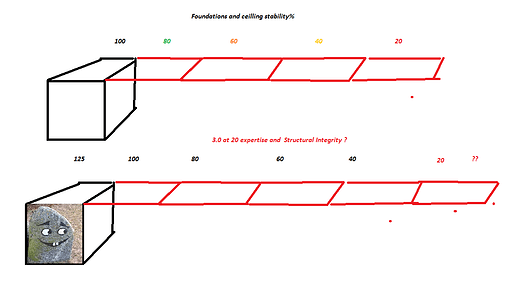 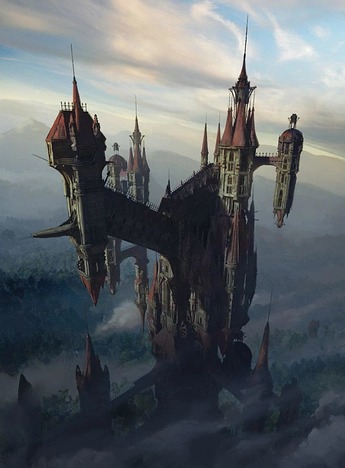 If i understood correctly, will some one can have 2 active followers at 20 auth? Like for example and archer and an warrior, or pet, plus the mount?

Yes, that’s what I’m gathering as well. Though its a split perk, so you will have to choose between the two otpions.

As for the picture you quickly drew about the stability, I don’t think its exactly like that (like I don’t think it will go above 100). Which that reasoning is from me spending years, and years, and years, working with the stability and socketing system ha ha. In fact they specifically prevented buildings from going above 100 stability some years ago (other then bugs that make them show up as 127, as a recent bug has had). But ya, something like that from what info we have.

Well @FCStorm said this is beyond amazing…
He is 100%accurate!
I lmao here

Screenshot_20220624_164000_com.android.chrome1080×2312 169 KB
Plus I want to thank you once more for the “support” for mods in consoles. This tango needs 3 not just two and I am really happy that moders willing to break their heads too, to work more for console mods. I don’t have a clue about gaming programing, so practically I cannot know if it is a different job, but I assume it is.
3rd and last…
The conversation about Conan exiles 2. Even if it is just a simple chat… Even if it looks like a fools dream right now… It leaves a positive aura, a possibility, isn’t it? Did I understand wrong?
My ice tea is finished, privilege to speak with you Multi, always.
Thank you!
4 Likes
EduMariano June 25, 2022, 5:42pm #29 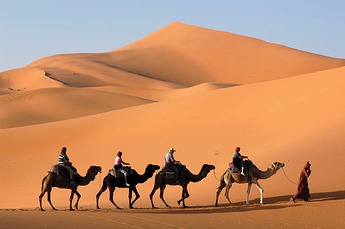 Plus I want to thank you once more for the “support” for mods in consoles. This tango needs 3 not just two and I am really happy that moders willing to break their heads too, to work more for console mods. I don’t have a clue about gaming programing, so practically I cannot know if it is a different job, but I assume it is.

Ya, there would be some differences. Without knowing more what’s entailed, the first thing that comes to mind is controller support. For example, I have a mod that has admin settings in it to allow players to configure the mod as they like. However, its set up for a mouse. Which even doing that is difficult for my skillset (I’m a game designer, a very amateur version of a Rob or a Dennis. And not a coder). So I would definitely need a coder to help me configure the menu for controller support, which I’ve had casual conversations with people about over the years. My understanding is that it’s a WHOLE other level of difficulty.

The second part of something that comes to mind is console testing and support. I don’t own a single modern console, never will. Even if I did, you’re talking about tripling my work load for every mod in terms of testing and support (answering questions, addressing bugs, etc). So, that’s a major problem when I’m already beyond stretched thin. But I’ve long thought about this, should mod support ever be added for console, what I would do is to ask people to help me, help them. Find volunteers who would be willing to test my mods on console, and help out on the discord to answer people’s questions. That would be the only way it could be done. But I figure that if people would want my mods enough on console, that there would be volunteers to help with that.

The conversation about Conan exiles 2. Even if it is just a simple chat… Even if it looks like a fools dream right now… It leaves a positive aura, a possibility, isn’t it? Did I understand wrong?

I don’t think a Conan Exiles 2 was ever NOT a possibility. Obviously Funcom is committed to the Conan franchise and character, they always have. But especially now since they own the bloody license (along with other works by Howard and whatever other licenses they acquired). I have to imagine that they didn’t acquire those licenses for the fun of it. Does that mean a Conan Exiles 2, or another game with Conan, or games with other Howard licenses? Nobody knows, I doubt even Funcom has any firm plans, yet. Its fun to speculate though.

But yes, the tldr on that is, a possibility, someday? Sure, I would say there’s a possibility that perhaps someday we see a Conan Exiles 2. But I don’t think it was ever off the table for them.