Thralls Fall Thru World and Die

Yesterday, a player on my server reported that while running past Hand of the Maker, they suddenly got the message that a purge thrall, Beast-Tamer Ulfarn had died. @Narelle asked them to screenshot the Event Log for me so that I could restore the lost items, but even with Proximity at Max, and both Thrall and Lootbag checked, nothing showed up.

To rule out a PEBCAK error, I used Pippi to put one of my alts in their clan and inspected the Event Log myself and could find nothing of interest. Since many of their followers had been renamed, I looked thru the Follower Management Screen to see if I could find one matching their description, but to no avail. The only mention I saw was an entry from two days prior where it had successfully performed a Returned Home action. Without any entries listing Break Bonds for it, I knew that something weird must have happened.

As a test, I used LBPR to undermesh a plank, deployed a new thrall on it, outfitted it with all Black Dragon armor and then broke the floor under it as I noted the time. While it was still showing in the Follower Management Screen after about 1 minute, I thought I’d rebuild the plank, then teleport away to see if it would Return Home to that spot.

However, 4 minutes later, i observed that it was no longer listed in Follower Management, and there was still nothing in the Event Log. I even went so far as to fall from the same spot to the bottom-most area of the world that I could without dying, then activate Fly, and max proximity still showed nothing.

Noting the time, I pulled the Server Logs, had a look and found some interesting messages:

Noting this, I downloaded the game.db so that Narelle and I could browse the “game_events” table for anything matching code 86 (Thrall Death) and found this:

And here are the items that were lost, which check out with those the player said were on the thrall when it died:

Anyway, I restored the thrall and SoC to the player along with another legendary to make up for the rest and simply chalked it up to a freak accident… Until the same thing happened to one of my best thralls today too. While simply AFKing at my tavern, with my favorite Dalinsia following, Little Red Riding Dal, who was nearly level 19, with 40 base Str & Vit, good Vit perks, and respectable Agi disappeared below the map with Aja’s Bane and the Executioner’s Hood on her.

Inspecting the Event Log and game.db, it was the same thing again: 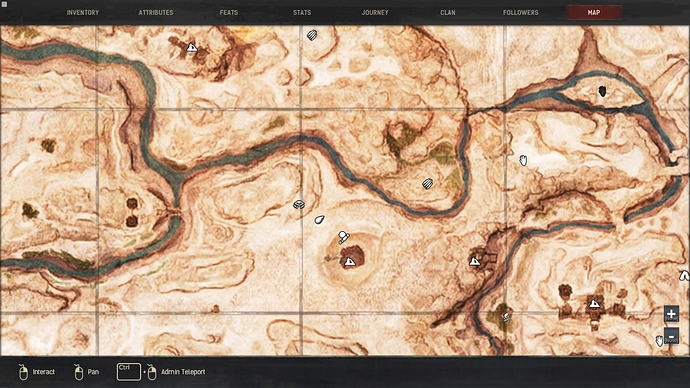 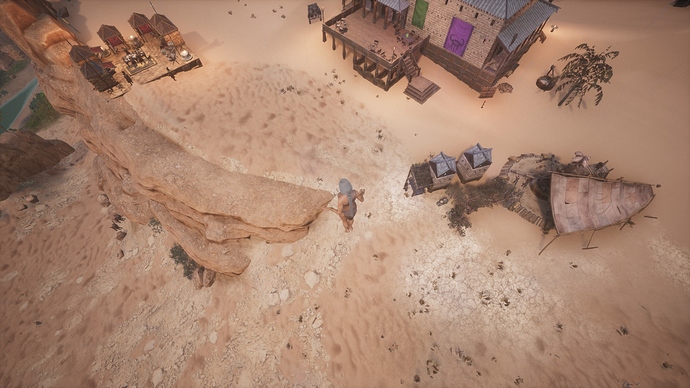 They weren’t volcanic fields or towering cliffs at all, it was the slope where all the Rocknoses spawn north of the Sinkhole obelisk – one of the most heavily visited areas on the server.

What I don’t understand is, if the game’s code is smart enough to say, “This shouldn’t happen.” Then why is a follower allowed to fall to such an inglorious death? Why not simply have it instantly put on the 10-minute cooldown before it performs the automatic Return Home teleport? Given how long it takes to level thralls at vanilla PvE rates, it’s extremely demoralizing to have this happen to our best thralls. And they are our best thralls because that’s who we naturally take with us when adventuring, and who we give the best gear.

While I can use god-admin powers to recreate thralls and gear, there’s no way for me to restore a string of good luck during leveling, and players on Official servers who encounter this would be completely without recourse.

Modlist, in case there are any known issues (AFAIK, none of the modify the world geometry itself): 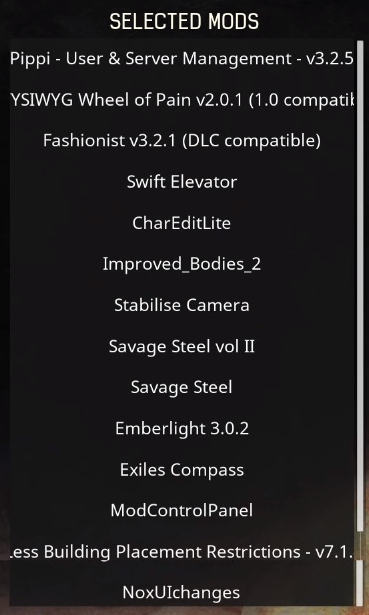 If desired, I can upload the Game.db, ConanSandbox, RconCommandLog, and ServerCommandLog to DropBox if the devs would like to look under the hood.

10 Likes
LAVA damage is beyond joke!
Level 20 Thrall Just glitched, started walking off and is gone. Not in thrall list any more
Thrall Disappears then later get "Thrall Died" Message
Thralls vanishing , no mention on lthe logs
A named thrall disappeared while following
Ignasi June 5, 2020, 8:07am #2

Thanks for the detailed feedback. It’s been relayed to our team and they’ll look into it.

Same thing happened to me.
Single player- No Mod- PC.

Wandering around in sepermeru after doing the wine cellar.
i couldn’t find my follower untill i got the pop up “you follower got killed”. i couldn’t find any info about it in the event log.
I think Larathiel is correct and that the game made my follower teleport undermesh and fell through the void.
This is a VERY SEVERE ISSUE that will certainly drive a lot of players away from your game obviously.

An other bug which might be related to this one is that some guarding thralls will not load correctly from time to time. Their icon appear where it should be but they are no where to be found. You won’t get the pop up that they got killed but it’s pretty much the same as i have never been able to find them back except by using the “rescue thrall” command meaning you loose all the rare loot they have in their inventory.