Add new metals and rework the progression of tools

At the moment, the arc of materials until endgame feels like a bit of a slog. To fix that and to add more variety to the midgame, I propose adding a couple new metals and changing up the material progression for tools and weapons.

The first new metal is copper. It comes after stone in the progression. While not as plentiful as stone, it’s more plentiful than iron. In addition, it’s an ingredient in a number of recipes that remain useful even up until endgame.

The second new metal is bronze. It comes after copper in the progression, and is the first alloy. Making bronze bars in the furnace requires copper ore and tin ore. Bronze is used primarily for tools, weapons, and armor, and doesn’t factor into endgame recipes the same way copper does.

The third new metal is tin. It’s not used directly for tools and is instead a secondary requirement for some recipes, including bronze.

How do you feel about this?

I also agree to adding one or more ore before we can use iron in the game. This would give a new dimension to the progression of craftswork in the game. Now maybe add other ore would cause difficulties, in particular by modifying the levels of progression and learning. But it would be quite simple for Funcom to add tools, weapons and some copper decoration objects from level 5 for example. Copper being found by collecting stone. Of course the ideal would be to backoff the learning of iron tools and weapons to add more difficulty but it may be more difficult to implemant because it involves modifying the skills of players actually leveling (but it is not impossible ).

The addition of new ore and new recipes for weapons and tools during our beginnings in the game could be an opportunity to re-ventilate the skill points and make a “mid-game” version in steel of weapons and armor of the DLC. Because today we can only take advantage of the aesthetics of these weapons and armor at the start of the game then at the end of the game but not during the period of the game where we use steel.

It would be better to get rid of some materials which are “fluffer” materials, most of them added during the Heirs of the North patch, if I recall correctly.

Originally, there were just three “tiers” of armor or weapons. This was pretty simplistic, but a good design. Stone/Hide, Iron/Leather, Steel/Heavy Leather.

Once temp effects started coming in, I think this is where things went off the rails - stats and temp protection were tied to one piece of armor, and most of those armors required specific materials to make.

As a result, we ended up with all sorts of “fluff” materials. This includes Obsidian, Black Ice, Hardened Steel, even to a degree star metal. Many of these aren’t particularly useful, and due to cost or effort to farm in our current game. I think the last spreadsheet said iron were the best tools, but with legendary repair kits being so easily farmed, I think that’s changed.

If these tiers were re-distributed, I think this would preserve progression in the game better. Adding more materials on top of a system which is already offering materials which, quite frankly, are useless is making it even more like a house of cards.

The current “progression” should be compltely fixed, by the way, and is really the root of the materials problem. But going from your recommendations, and taking in level bloat:

Fact of the matter is, and the root problem with existing progression, is that they tied it to a level system and the feats are all “point cost” for an illusion of choice. Choice which doesn’t matter, because of respec potions.

I definitely feel as if the devs should have taken the progression system (as it stands) out as soon as they saw the respec potion use going on. That you have to add something which addresses a major mechanic in progression is usually indicative of a poorly designed system.

plus it’s a bit lore unfriendly direction, hyborian age was way past bronze

I agree with this point, too. Copper and bronze were the natural evolution of metalworking in real ancient history, but the people in the Exiled Lands are not playing Civilization to progress through eras; they’re people from a ~medieval level culture. They know iron exists and that it’s much better than bronze, and even though they need to figure out how exactly to process iron ore and smith it (a skill which can be conveniently learned by clubbing baby tortoises to death with a stone cudgel), it makes sense to skip the softer metals and go straight for iron.

The progression from iron to steel to hardened steel feels logical and at least reasonably historically accurate without needing to introduce any fantastical metals into the game (beyond starmetal, which is at least vaguely referenced to in Howardian stories).

Not feesible unless they slow down progression. The speed at which you advance is just too fast to warrant more metal levels.

Hi dungeonHack and welcome to the community!

You know largely agree with this. Im almost always up for new mineral resources and metals, and I would be happy to have them. Not every weapon type is, or for that matter must be utilised. Some of them are usually skipped as we progress through the levels. For example, Acherion, Obsidian, Dafari and yes nowadays Serpentman too. But…they are still nice to have for the purpose of variety and decoration, and I would much rather have them than not. So here are my thoughts on some of these.

The first new metal is copper.

To me Copper is more of a precious metal as opposed to weapon forging. It would be better served as an ingredient or crafting component, like you said. My take on it? I say it would be best used as an Alchemical component (similar to gold dust and silver dust), for creating new Jewellery sets, again like gold and silver ones, and finally for creating a new denomination of coins, ie-Copper Coins, which can craft and trade.

The second new metal is bronze.

Bronze would make for a good weapon class in between stone and iron. And I wholeheartedly agree with some users that the progression from stone to iron just feels WAY too fast. One trivial issue is that we may find iron before Bronze, however I have a simple solution. Simply add a few boulders/nodes at the base of the Newbie Rivers most prominent landmarks, such as the The Broken Highway and The Sentinels. We can then collect some early and have it ready to use. Bronze could also work well as a resource for the creation of Placeables, such as statues and cookware.

The third new metal is tin.

Tin would not bother me eirher way. However, becuse it very pliable and lacks durability, I agree it would be best served as a secondary component.

Because of the addition of copper and bronze tools, iron is pushed northward on the progression a bit.

Look overall I love and completely endorse this suggestion. This is one hell of a idea straight off the starting block. Great work dungeonHack.

I agree that we should have more metals in-game tied to crafting/progression system.
Hoplite helmets are made from bronze - hystorical fact. 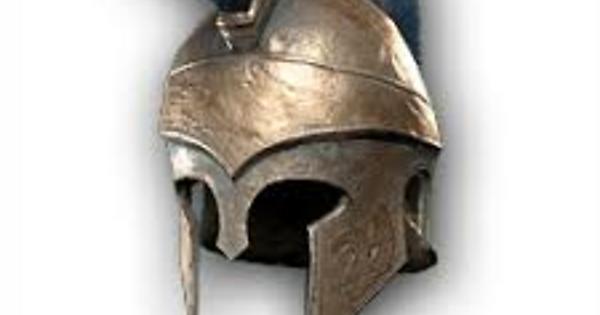 I agree with the underpinning logic. Also, if one were dumped in the Exiled Lands, had only a stone sword, and happened upon a Bronze boulder, Im not going to go “Nah, ill just wait until the day I happen an iron boulder”. You better believe I would be leaving my stone sword in the dust, digging that bad boy up and forging it into weapons. If and when the day came when I discovered an iron boulder, the same rules would then apply. To me the same principle applies with modern weaponry. Say I needed a firearm in a survival situation and there was only a blunderbus or a musket around. Again, leave no doubt that I would be using them! Plenty of time to trade up to an M27 IAR if and when the opportunity arises.

Not really. When you’re dumped naked into the wilderness, you can get your first tool by picking it up from the wilds, no processing required. A rock is much more effective than a fist, whether it’s for breaking other rocks, cutting down trees or killing a rabbit for food. Attaching a lever (a wooden stick) improves the tool’s efficiency, and can once again be achieved with little processing (you need some vines or plant fiber to tie the rock to the stick). You can sharpen rocks with other rocks to make a rudimentary skinning knife so you can use animal hide strips instead of vines… So stone tools make sense because they’re available to you everywhere even when you start with nothing.

Metalworking, on the other hand, needs a forge. Luckily, it can be built with the materials you have, ie. stone. But once you have the forge, you can use it to work bronze (which needs two different metals) or iron (which is stronger and better). Of course, if you happen to be in a region with abundant tin and copper veins and no iron, bronze is the way to go.