Many changes, some good, some kinda eh, but over all I think it is a good update! A much needed change to breath new life into the game.

Sadly it has also brough some high drama in the modding community that I hope will clear up soon as every modder works hard on their creations.

New player friendly as well as people new to playing on modded servers.

APL is still in a “beta” stage if you will. AoC and EEWA are still in flux, being worked on by these great modders to fix a great many things, however I am accepting new comers if you want a place to get started until the grand re-opening.

I accept role players and non role players alike, either play style is welcome, role playing is an option, not a requirement and there are several mods on the server to facilitate RP if you do. Just follow the short step to be allowed access on Discord and you are in!

Mods I am waiting for before the grand re-opening: Beyond Admin, Age of Calamitous, and Extended Endgame Weapon Arsenal.

Level to 300 with Paragons and cap all your attributes by level 300. There is no feat gain after level 60 from Paragons, however when AoC is re-released you will get feats up to level 120.

Add life to your base/house/castle with the Thralls Are Alive mod.

Many building and deco mods to feed your creativeness.

We have high fashion with several armor and weapon mods as well as a robust character creation system on the server.

There is much more!

As with any server RP or otherwise there are some rules, and some building and thrall restrictions to help keep the server running smooth.

Here is the current mods list and load order, because of how things are in flux some things might change. All these mods were handpicked carefully by me, work well together and do not cause any server issues. Server stability is fantastic! 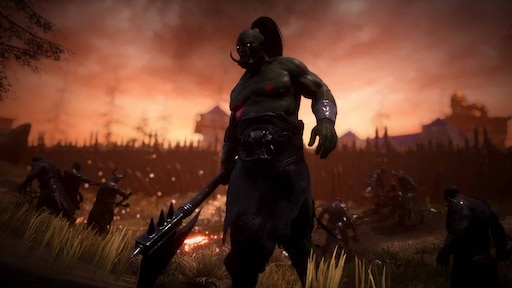 At the moment I am the only admin, I am US Central time, though I am on often, I do need to sleep and have RL things that come up, so please be patient, when you join I will get to you as quickly as I can!

Update: Basements was updated for 3.0 and added.