Bear cubs, where are they?

Greetings!
I have read about bears being great tanks, and I have been looking to tame some for my anti-purge army.
Where are they? I mean, have you found any recently?
Many spots where cubs are to be found have been occupied by players’ buildings.
The “bear cave” (used to be famous 3 years ago) keeps spawning a single adult bear I have turned into fur about 10 times now, but no cub.

Exile lands, my favorite locations is riversend on C9 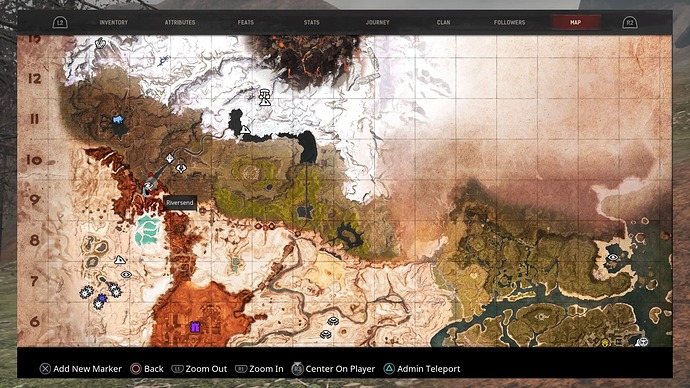 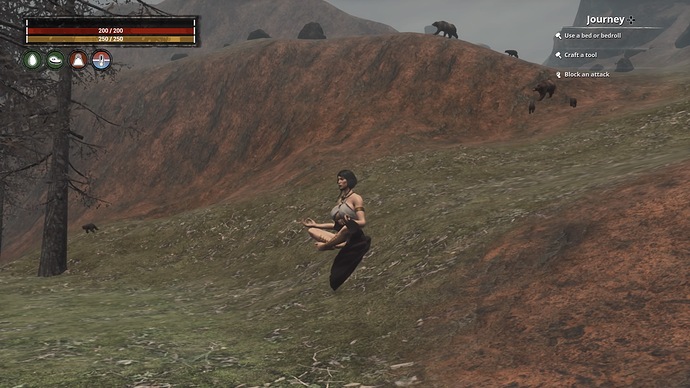 Thank you! But I don’t have Siptah expansion yet

.
Oh!, I see you just uploaded a picture, I will take a look there

That’s in the exiled lands, east of the mounds, @Wonka .

If you are still east of New Asagarth, go to Telith’s Island. There’s bear cubs there too.

There’s another place North of the Circle of Swords, going to that passage that you can escavate to form a tunnel that leads to the New Asagarth area that has bear cubs too, but I’m not online, so I can’t show you exactly where it is.

I will take a look to the island first, since it’s closer to where I am. Then to the C9 stelagel mentioned. Thank you!

If nobody built on the Island or got the cubs less than 15 min ago, it’s 100% guaranteed that you will find cubs there, @Wonka . Same for the spot Stelios told you about or that other one. Be careful so you don’t get over encumbered. The mother WILL chase you!

Don’t forget to complete the journey step in the ruins and try to listen to the ghostly whispers on those flowers in a spot called the cradle of Ymir.

Totally agree!!!
Other than that this map will “teach” you the game better. If you master this map then Siptah will be a piece of cake!
I don’t know so far what is your favorite weapon but I would suggest you to gain some skills in one handed weapons.
One handed weapons allows you to use shield or torch and both of them are really important for your survival.
Mace for pve is really important to master because it applies sunder whitch is against all mobs and npcs, however it stacks only in 5.
War axe (my best and main) applies bleeding but in low levels comes with no armor pen, yet it’s the most flexible weapon from all and it handles excellent attacks against multiple enemies!
Sword and short sword are very nice to 1v1, they stagger and cripple enemies.
Exile lands is yours m8, good luck have fun

Mace for pve is really important to master because it applies sunder whitch is against all mobs and npcs, however it stacks only in 5.

Thank you! I loved trying all weapons, and daggers are my favorite ones. But I also have 1H axes for multiple mobs, just like you said.
I like the 2H swords for feeling more like Conan

, but hard to fight in the dark.
I have a question, what equipment upgrade do you use on your main weapon?

On weapons that already have armor pen use more damage.
On weapons that has no armor pen, place armor pen it’s very important. If you reach 60 go to the warmakers dungeon, avoid the champion fight and go to the last stage. There you will become grand armor Smith and grand weapon Smith. These master weapon upgrades give both damage and armor pen. These are the best

Usually that’s how many are there, @Wonka .

As usual, you are right on the money!

@stelagel , @Marcospt , @Ragnaguard , bad news on the bear cubs. I logged in to find out a Purge was about to start, and it didn’t start on my main base in the desert, it did on my small WoP and Animal Pen outpost. All three bear cubs are gone.
Me and Lían (and a low level dancer and archer, both defeated) were able to defeat the horde of Northern vandals… barely! Only the WoP could be saved.
Lucky me last night I created a small room up the side of the mountain and was able to stash some items when it all started.
I will build a new Animal Pen and look for more cubs, and hopefully dismantle everything before next purge.

I have read about bears being great tanks

sniff Mr. Fuzzycuddles WAS a great tank…until we took him to the Arena Champion…

I’m sorry @Wonka . But you can get cubs easily now that you know where to find them.
Build good defenses and get thralls like there’s no tomorrow. First you need to rely on numbers. Try to get RHTS if you can. They are very good and not hard to get. Take them to lvl 10 at least. Get a few and the purge won’t stand a chance, at least until 3.0 becomes live. After that, I really don’t know. Good luck mate!
You survived! Your main thrall survived! So you won!
Now, it’s just rebuilding.

Well arena champion is really easy to kill once u understand how…oddly enough i find ger easier to kill solo than with a thrall!!!xd If u on pc i can show u how

@wonka, u got any named from purge? What attacked u?

People from the North. At least 2 named, one fighter, the other couldn’t see (because of all the blood in my eyes).
It was too tough for me, I tried to knock the fighter out, but everyone was throwing arrows at me and stabbing me with daggers. I had to kill him too.

Daggers on crafters was either cook or alchemist, no big deal, both of them are really easy gains in Sinners Refuge with zero risk.