It seems like there’s a discrepancy between the range of lighting given by the eldarium braziers, as compared to many other ones. I believe the image examples should provide a clear enough view on the problem…?

Test brazier #1 - Aquilonian, the “smaller” one: 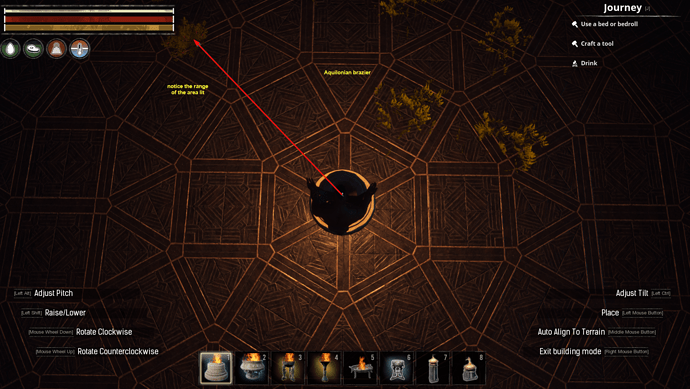 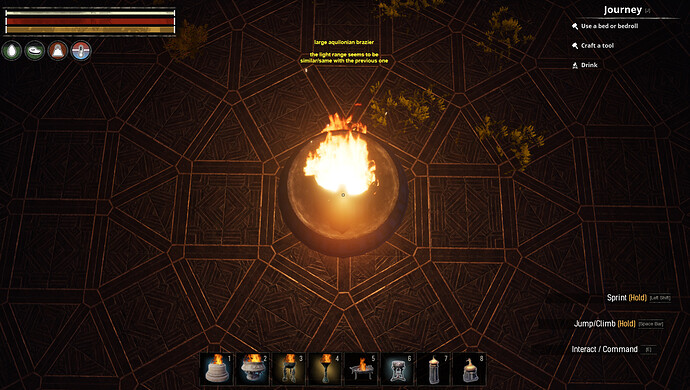 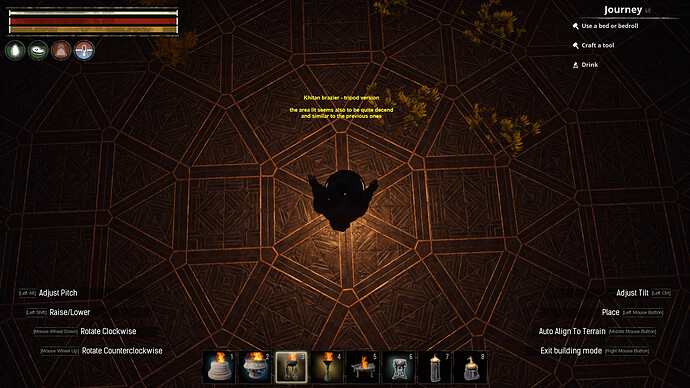 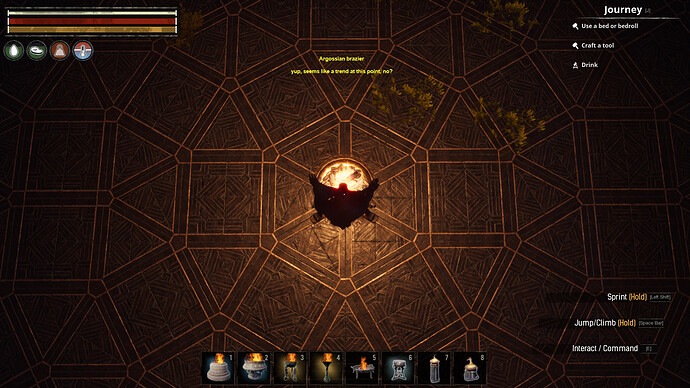 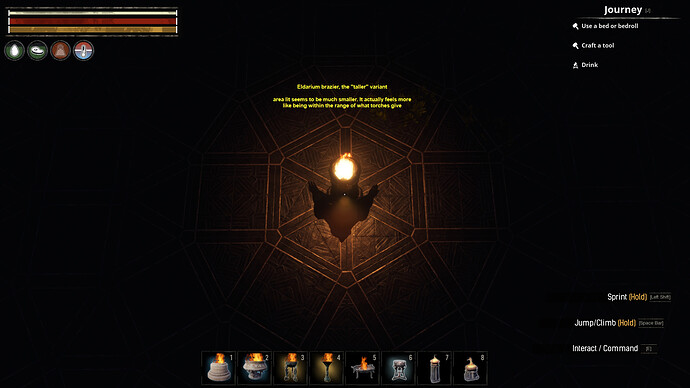 …and right afterwards - to the “wider but lower” eldarium brazier #2: 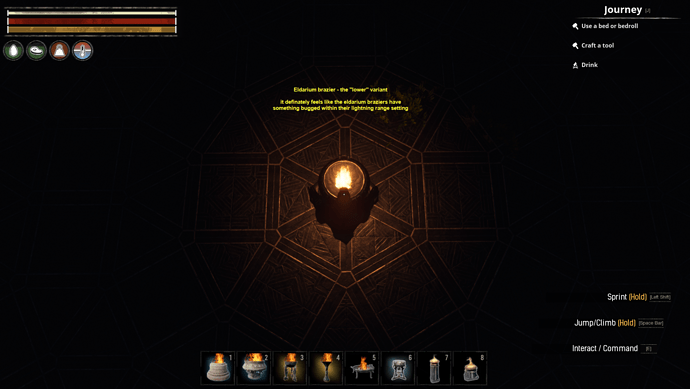 we can clearily see that the amount of light they give seems to be totally inadequate to their size, as well as the intensity of the fire burning in them.
While they look great in any “town / large building light source” role, the functionality is sadly not there, due to the amount of area they light up around them.

To be consistent in the amount of light given to the other “larger standing” braziers.

You see, that’s the exact reason i love them so much, because they are not to bright.

Ideal solution would be a settting for brazier and light-sources, so each can set to what they love and need.
There are plenty braziers giving lot light, but i agree, the eldarium one is on the dimmer side. Like said, for me it’s looks fine, and i love my moody surrounding in my home-base.

I really like their appearance, as they’d look great on my pyramid - but ugh, the end result is just so…disappointing.

I do see your point though, and while it would probably be just skipped due to how “unimportant” such change would be, as compared to the amount of effort needed to add it - I really wish we could just somehow “toggle” (like with the doors being “closed” or “open”, in example) between the already existing lightning…uh, maps (?), or whatever it’s used behind those items, to allow this type of lightning range/intensitivity, or the other, being used.

Can only agree when it comes to choices and options.
I saw done this by mods and other plateformes and games, or we need a fashonist for braziers.

So… would that be called the Illuminati Mod?

Edit: I think the elDIMium brazier matches the illumination level of other placed lights in the world. less that half that of other player placed brazier lights. The standing torch is brighter. the wall torches, however are about the same level of illumination. I would certainly be appreciative of a multi level illumination option with braziers. kinda make sense for them, too. Or, an option to craft a dim light or a bright light with the same recipe unlock. Or add a fuel system to them. no fuel = candle bright embers. low fuel = dim wall torch level. mid fuel = standing torch level. Full fuel = bright light. Fuel burn for days with same options for fuel as kiln/furnace.
Or fuel varies light. Normal wood, dim and smokey. Dry wood, bright and clean burn. Coal, bright and smokey. Oil dim and clean.

It’s not a bad idea, with the fuel - though I’d imagine it’d make more sense to make it like with the radium torches - though instead of dyes, putting in some “fuel” material, to differentiate.

To make it more realistic, I’d be happy with re-using the already existing “light range maps”, with maybe the “default” mode being that of a torch (candle seems a bit too small for something the size of a brazier - though that’s only my personal point of view).

I agree, since they are a T3 and match nicely with the Stormglass. I was greatly disappointed when we were able to finally make them, and put one down. I very much like their design. I would not be opposed to having to fuel them for a brighter Light source. They are not bad if you use a very light colored wall or floor. I feel they are too dark. Idea maybe make the Braziers have a Level we can set them to, Low Medium High or blinding?