If you enjoy quality RP-PvP, a warm and passionate community, active admins that implement and maintain fulfilling RP systems meant to extend game-play (kingdoms/outposts, land-claims, magic, factions), then we have a home for you.

Join us, become a legend. 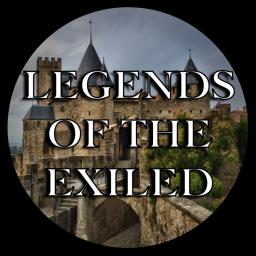 Join the ~Legends of the Exiled RP~ Discord Server!

Check out the ~Legends of the Exiled RP~ community on Discord - hang out with 51 other members and enjoy free voice and text chat. 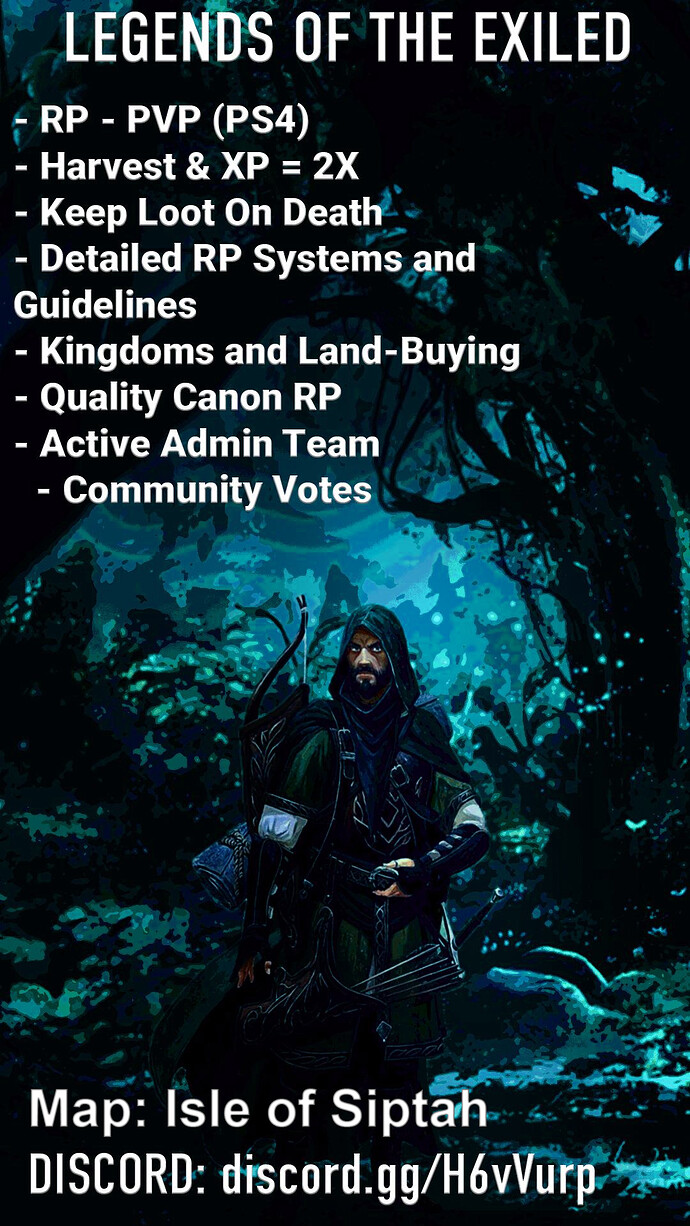