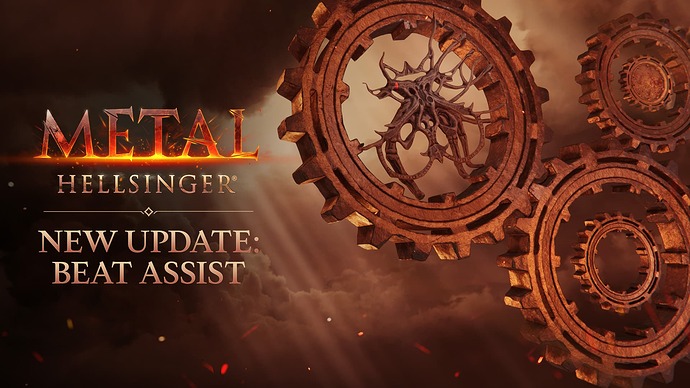 You’ve been slaying it since launch, singing my tale of revenge to Hell and back. In the meantime, our demons have been busy at work aiming to make this ride more approachable for all of you.

Today, we’re releasing a patch that will focus on accessibility, with many requested features such as remapping inputs on controllers, joystick dead zones, changing visuals on the rhythm indicator and reticle, as well as a mode with no penalties for those of you who prefer focusing on tearing up the skies.

You can read more about what this patch includes below.

Some of these features will be listed in the Accessibility section of the Settings Menu, while others may be sorted in a section relative to their category. For example, FOV settings will be found in Graphics Settings.

We hope these changes will make the Hells a more welcoming place for all of you Hellsingers. After all, it is a cozy place.