Hi all! This is my first build I’ve posted on the forums, but I’ve been posting different themed Conan builds to Reddit and Twitter for a few years now

This castle is a WIP since the day the DLC launched, though this is not the first attempt (this is actually the 6th or so iteration of this castle). When the Nemedian set was announced I knew I needed to make a castle with it (and I’m sure you’ve all seen quite a few already by now from others!), mostly as a challenge to myself as I’ve struggled with Germanic-styled castles, fantasy or not, for some time.

For those who have seen my previous castles, they’re much more French/Norman/English in their styling; something like this, my last pre-Nemedian castle, for instance. The Germanic style that fits the HRE, I mean, Nemedian DLC so well is more of a challenge for me.

But, without further ado, I present you some screenies: 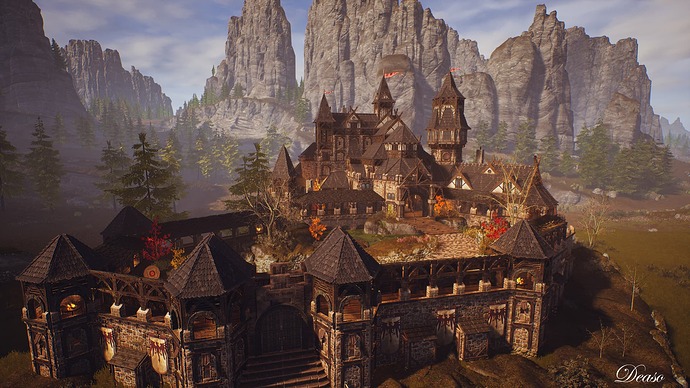 Here, we’ll get a closer up of the moat and drawbridge: 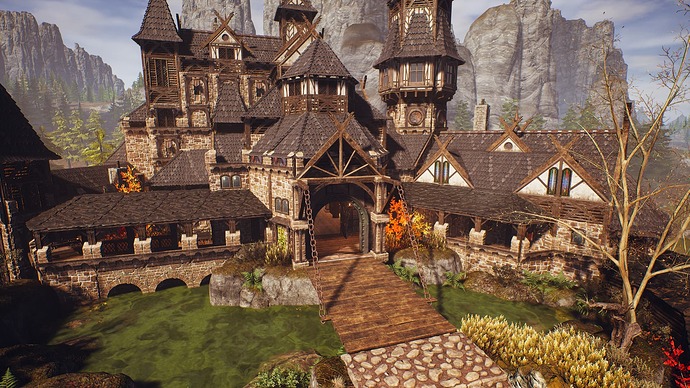 And now let’s do some interior shots! First up is the great hall and throne room: 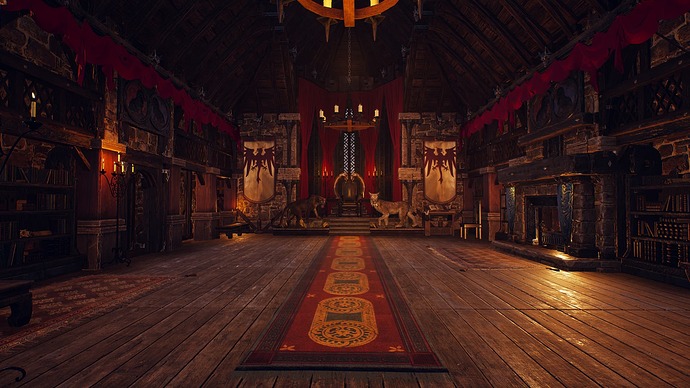 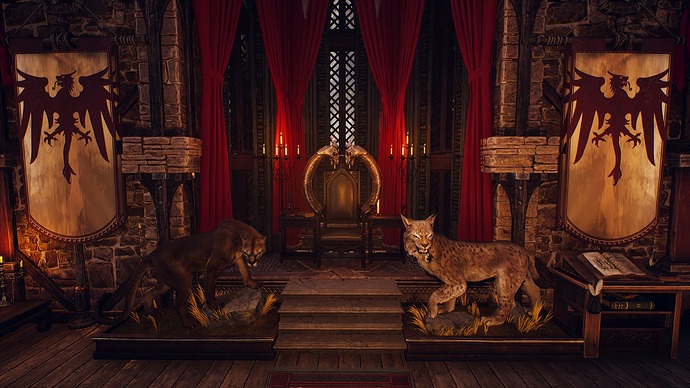 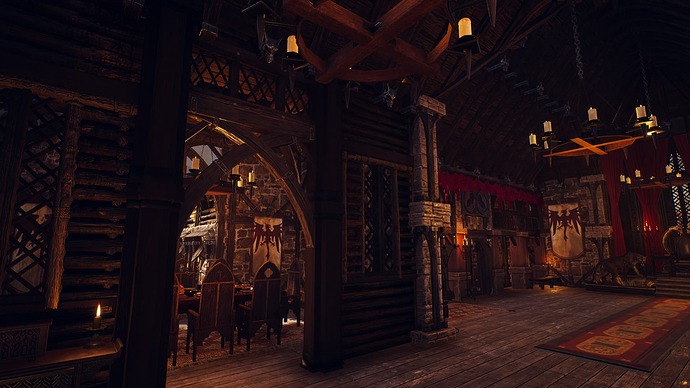 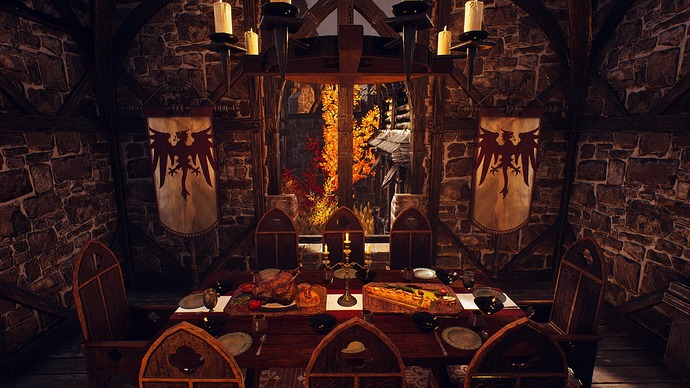 And here’s some shots of the living quarters. First the children’s bedroom and then the lord’s bedroom: 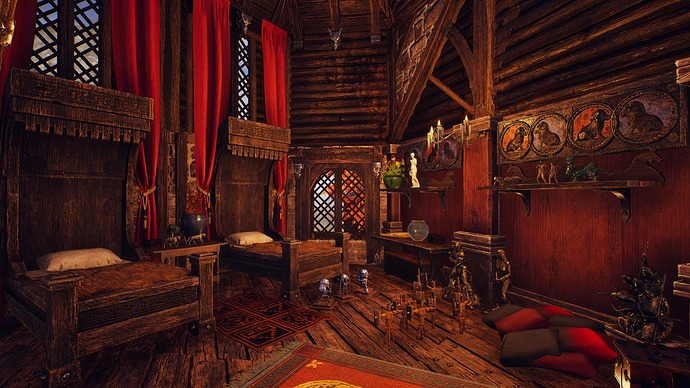 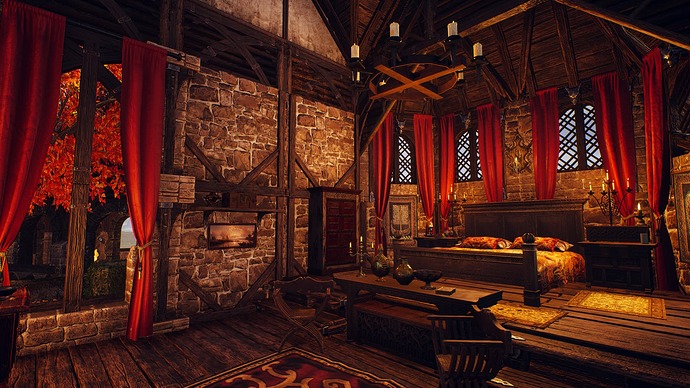 And, some of my favorites, the reading nooks and cozy places found throughout the castle: 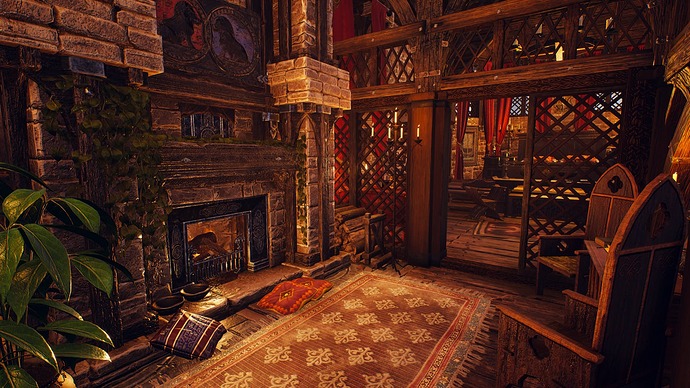 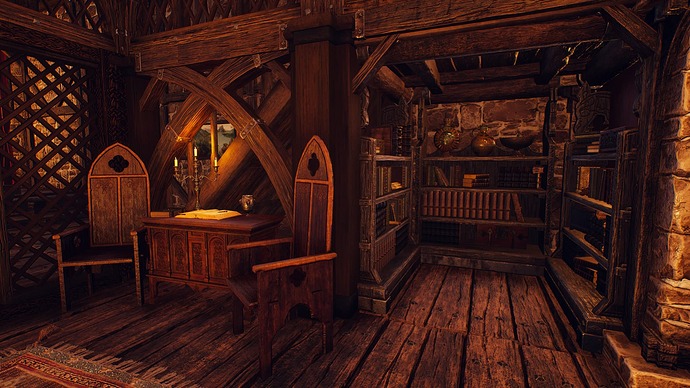 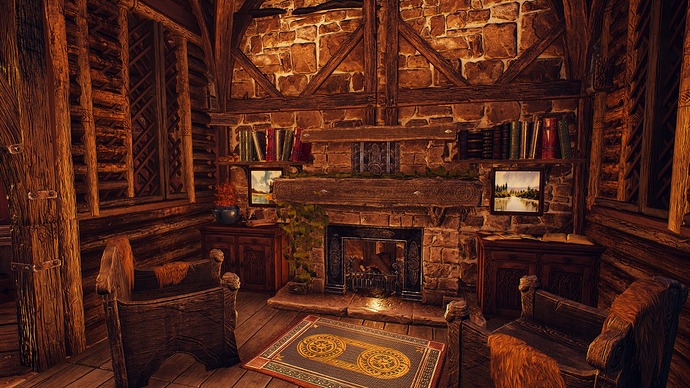 Some miscellaneous shots up next. First, a training yard near the gatehouse: 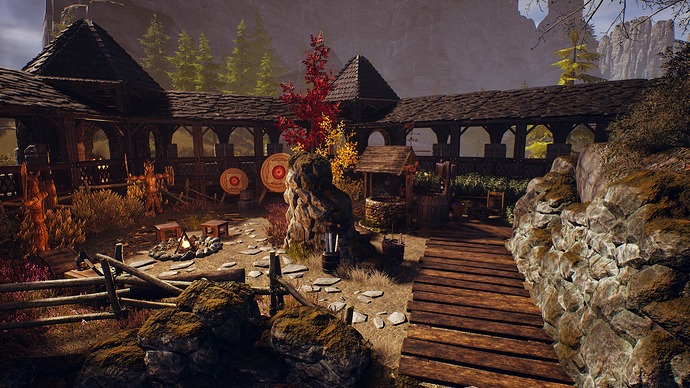 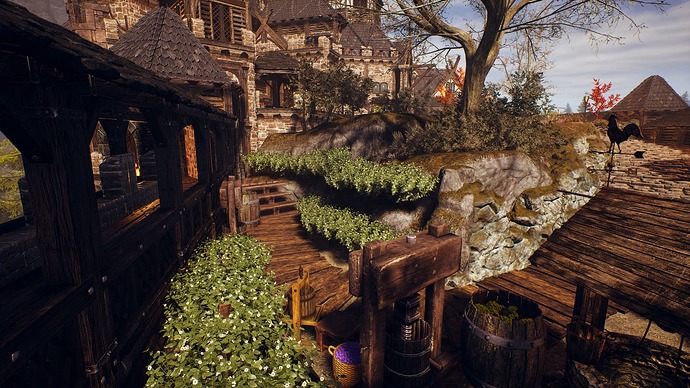 Phew! That was a wild ride, and an entirely too long of a WIP for me. I believe this would be the highest ratio of décor to building pieces I’ve ever done, though I did plan to live here on a playthrough. It’s not pictured here (you can find it in the below album) but there are all the crafting stations you need here.

If you’d like an annotated walkthrough in picture format feel free to check out this Imgur album, though you’ll see several of the same shots.

Thanks for stopping by and viewing, and have a great day!

Absolutely beautifully made, it is such creativeness we need to see more of instead of all the shoebox designs that are so popular on official servers

I know there’s a lot of mods involved in this, but still, no matter how many mods you have available to decorate, it still takes a lot of effort and understanding for building styles to come with such a masterpiece as you have created here

Thank you so much!

There’s a chance I make a video tour of this. Not a build or speedrun, as that is a missed opportunity now (and to be frank even on 10x speed there’d be a lot of idle time as I stare at my screen hoping to find inspiration that I’d have to edit out

But, a video tour might display the layout very nicely. I’ll consider it!
Thanks again!

That would be really cool! I would love to see it.

Very nice. Wish I had the talent to build something like this.