Small things that still bother me after all this time: why no hook hands in the Buccaneer feat?

Yeah, it’s a little dumb thing, but it still bugs me: 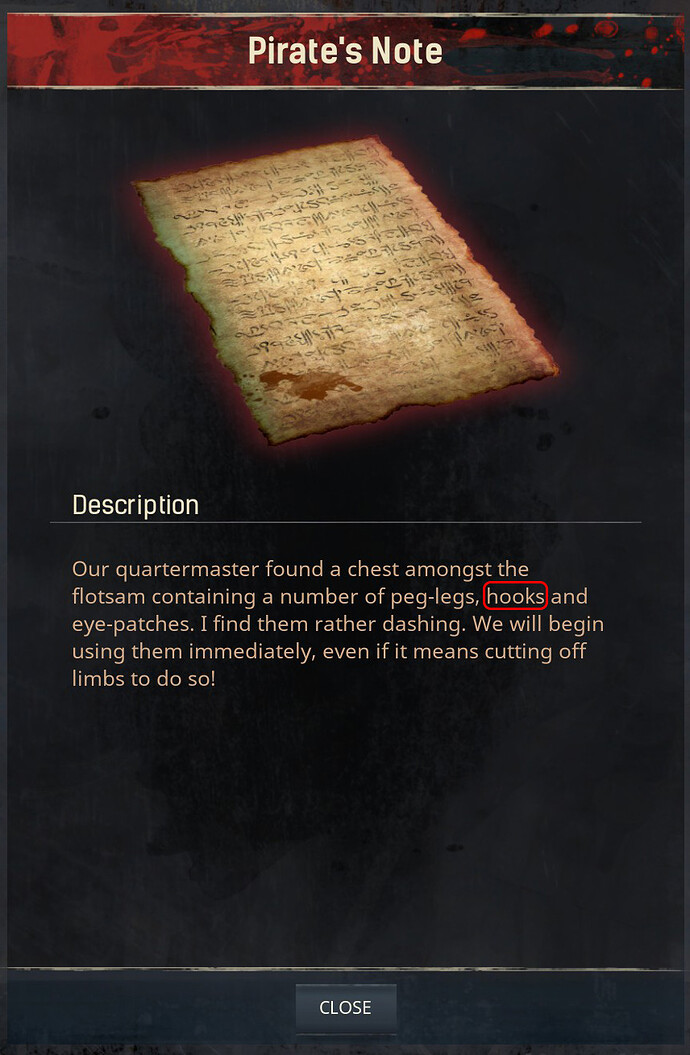 buccaneernote856×1310 295 KB
The note you read to learn the Buccaneer feat mentions hooks along with the peg-legs and eyepatches that the feat teaches you to craft, and yet… 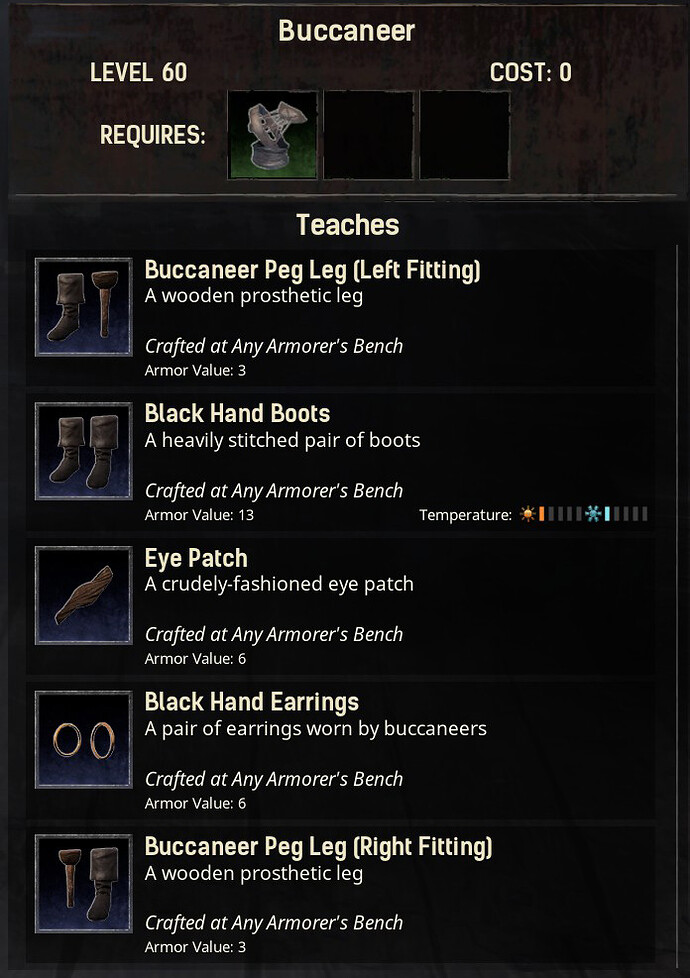 buccaneerfeat696×987 217 KB
When one looks at the feat’s recipes, no hooks are to be found! The only way to get them is to loot them off dead pirates, or from chests. In fact, the last time I was poking around the devkit, the hooks didn’t even have recipes!

Since I have a dumb broken brain that latches onto trivial things, I have spent probably more time than is reasonable wondering about this. Was their omission simply an accident, or were they deliberately left out?

If the former, has nobody else noticed this before (I know I’ve mentioned it on here at least, but I’m not so deluded as to think that anything I post is considered must-read material), or has it simply been filed away with the Khitan medium armor visual bug and other small things to be looked at at some nebulous point between now and the heat death of the universe?

And if the latter, why was it decided that we as players could not be trusted with the awesome power of crafting pirate hooks?

What are you not telling us about the pirate hooks, Funcom? You can’t hide in your ivory towers forever, the people demand answers!

I think they were misfiled in a box marked “Plot Hooks” by mistake. And that Box has been on the shelf for some time… if not totally lost…

We’ll poke our team about it

Thanks for bringing this to our attention.

Since I’ve never tried to make a hook, I just assumed it was there. Didn’t know it was drop only.

I was hoping you could put more than one of each on, and I was most disappointed to find you could not.

I had an idea of creating a thrall, giving him two hook hands and two peg legs and two eye patches, and then calling him ‘Lucky Joe’

Alas, this was not to be.

We’ll poke our team about it

Thanks for bringing this to our attention.

I was hoping you could put more than one of each on, and I was most disappointed to find you could not.

If I had the slightest confidence in my modding abilities beyond modifying data tables in the devkit, I’d probably try to do this myself.

Double up on the eyepatches too.