Don’t understand why they changed magma wall so drastically, it was already fun spell to lock in people into pyramids and burn them alive. If they want something so different, just add new spell and call it spikes circle. Why change magma wall so much and not just leave it as it is and add a totally new spell?

Thralls tend to block the way. When you play with a clan, double doors are a blessing too. A way around it is using the wooden strut instead of doorways, at least inside, as it has a little more room, but it’s not an aesthetic choice for exits.

Thats my point, seems double door frame 2x2, but ACTUAL door space are the same as any door.
Double door gates are meant for 2x3 frame, which i find odd too, why they need 3rd lvl, 2x2 work perfectly. 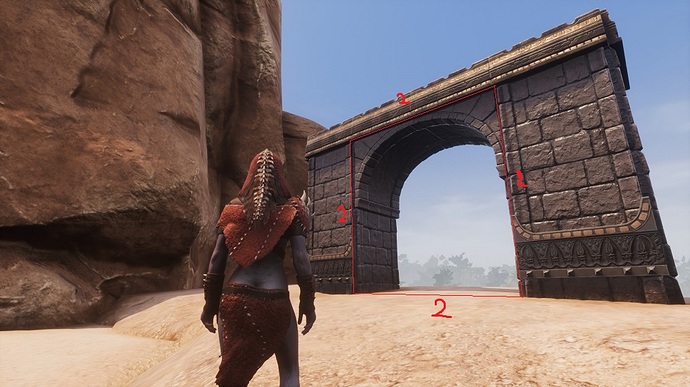 If such is the case, it’s strange indeed…

Have different tier picks been adjusted? Or iron nodes?

It used to be that once I got past steel for tools I would almost never to never resource sandstone from a iron node. Now I am getting a significant amount of sandstone.

I was just curious. Thanks!

It’s a server from the testlive ?

Recommend the rewards and vendors’ productrs include items useful to a sorceror.

Baby Imp Pet as a familiar

Me: *remembers how imps are created
Me: Oh no…

the moderators said it was a bug.

the [portal to yuggoth] event. should not give recipes belonging to the siptah map. so therefore it will be corrected in the December update

So no eldarium in exile map [on the officiel servers]

no 2x2 double door? fck time to redsing some structures i left unfinisfhed to fir the new pieces

there is a spawn for the cats. right next to the pirate queen

but what about foxes and new dogs?

I dont know for now

From what I understand so far, i believe those are skins, not wandering tamables.

Recommend FUNCOM do the same for vault armor recipes as was done for vault weapon recipes by having a new Subcatagory titled Vault Armories.

is this an idle animation only for players, or can thralls be set to it? (I don’t have a test live account myself, nor the storage space on my PC to install CE all over again lol)