Now I KNOW for a FACT that many people here are almost holding their breath and fingers’ crossed that in a future update, we would like to see the ability to dye our weapons and gear to “complete that look”!
(insert: female seductive whisper echoes my phrase)

I have seen it in other games; A natural progression through updates;- first, there was armour dyeing released as a free update and then players were all up in there “when can we have weapons dyeing? pleaaaaase!”

I was right there in that crowd, and it actually did become an update. I think it wasn’t initially there possibly due to time constraints and wanting to get everything done by update release deadline, perhaps there just wasn’t enough time to do the weapons and as an executive call, they decided to cut weapons out, so as to give themselves more time to do the other stuff, Zenimax made that call too when they brought out outfit dyes system, and everyone begged them to do the weapons too, and to be fair they did do it.

I think the devs here, if they are still devoted to improving this game, could just possibly, maybe, just maybe, release dyes for weapons in a future update???

Pretty please? With a cherry on top?

I doubt it. And even if we got it, it wouldn’t look that great. Dyes rely on tinting a texture and metals and woods don’t tint well. Especially darker ones.

Don’t like the idea much myself… It comes up occasionally tho. Last time it did I poked a little fun at the person and asked if they wanted purple skin with that pink sword… 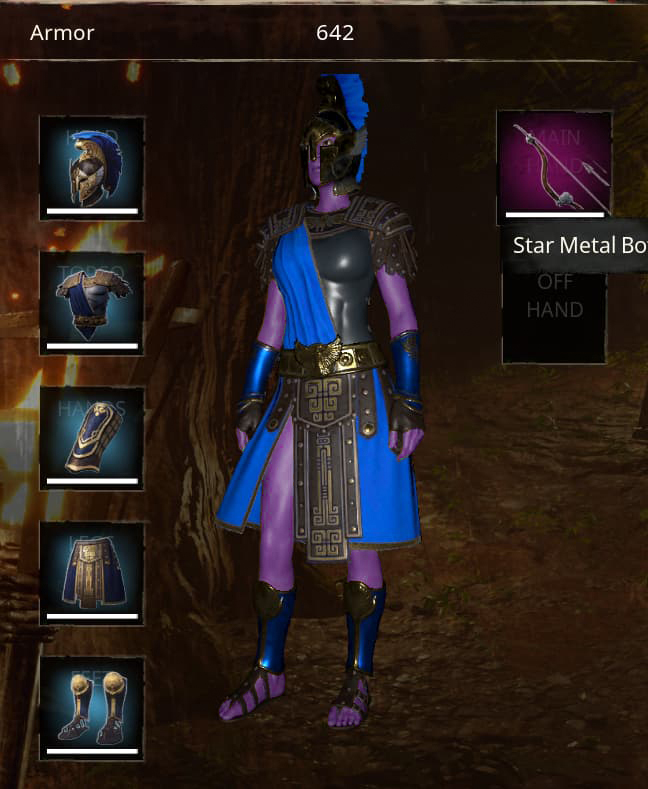 @Taemien
Oh… I dunno. I’ve put some reallllly nice dyes on my ESO gear. I know exactly what you mean about colours being weird on different textures. It can be so annoying sometimes, seems to be an issue with most games, not just this game.

In fact, I killed a giant spider in the desert the other day, and got an awesome Legendary sword from the chest it was guarding. Some kind of intricately interlaced metalwork over the spine of a solid bronze-coloured blade. I think it looks beautiful and yes, I’d probably tinker with dying it, if I could, but I have to respect the dev’s original intentions. Here, look at this baby: 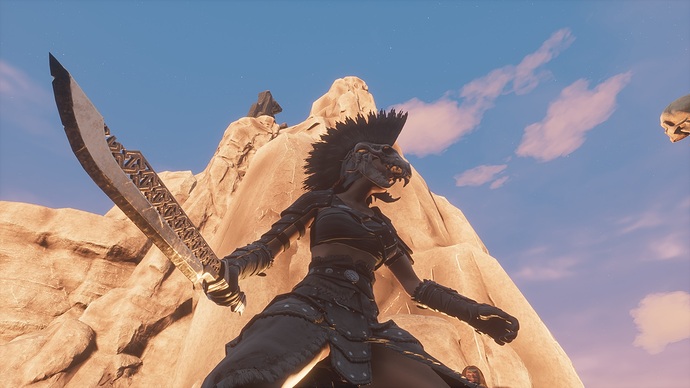 @TeleTesselator Dear God, you aren’t going out looking like that, are you? What will the neighbours say?

Well, you are absolutely right, this has been well talked about. But in the end, we’ve had Thomas the Tank engine flying in the sky before now, breathing fire… so yeah.
Thing is, I love making my stuff look the best you’ll ever see… 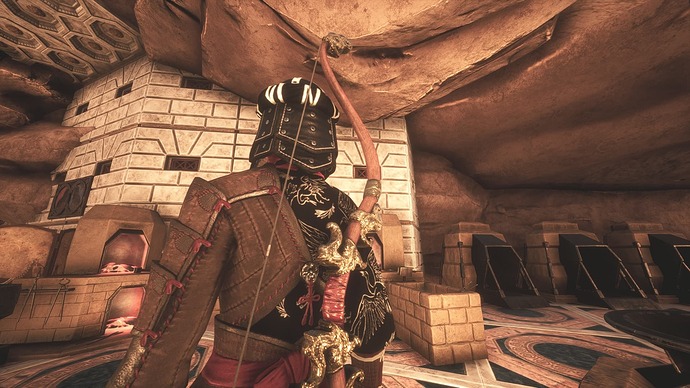 But to the point; Say this outfit, I’ve made a red/white/gold affair, which goes with the Khitan Bow, HOWEVERRRRR if I had a purple and blue outfit, say like mad colours… I’d want to make my Bow blue or purple, wouldn’t I. It just would clash so badly being Red…

Yeah, I know what you’re talking about:

I just don’t happen to agree - no biggy…

I don’t frequent this forum much but don’t forget saddle dyes. Turinian saddle is amazing without that teal

I would love to carve messages in stone cave areas. Be cool to decorate and post 8n the different languages warnings in pvp.

OMG I felt the need to reply to this; That sounds so cool.

Back in the 90’s we called it spraying / tagging. I used to spray a picture of a Kitty shooting a gun. lol! I can imagine it now; “Conan was 'ere”, below it, “Sabutai was 'ere too”,

then another player comes along and carves;
“Shame about the broad”… lol

then you get a snowball effect below it;
“Those damn snake arrows! Wear a Kagool next time sheesh!”
then:

(obscene image carved of the male reproductive organ) with ‘NAV’ next to it. with an addendum next to that “is g-” you get the idea lol!

Good idea for some future DLC content… Yeah, be nice to dye all the gear, including the saddles, @Mighty_Oakk and @Ragnaguard. Saddles, yes please. If it’s an option in the game, then people can dye their stuff and people who don’t want to don’t have to. Fair all round then.

we have face paints/war paints, why not blood stained versions of our gear?? Awesome! Who wants to clean their blade after a kill? Some might wanna leave it on there.

It could be incorporated as a dye type: “Bloodstained”
Requires: Blood. lol!

painting ARMS and weapons would be nice… 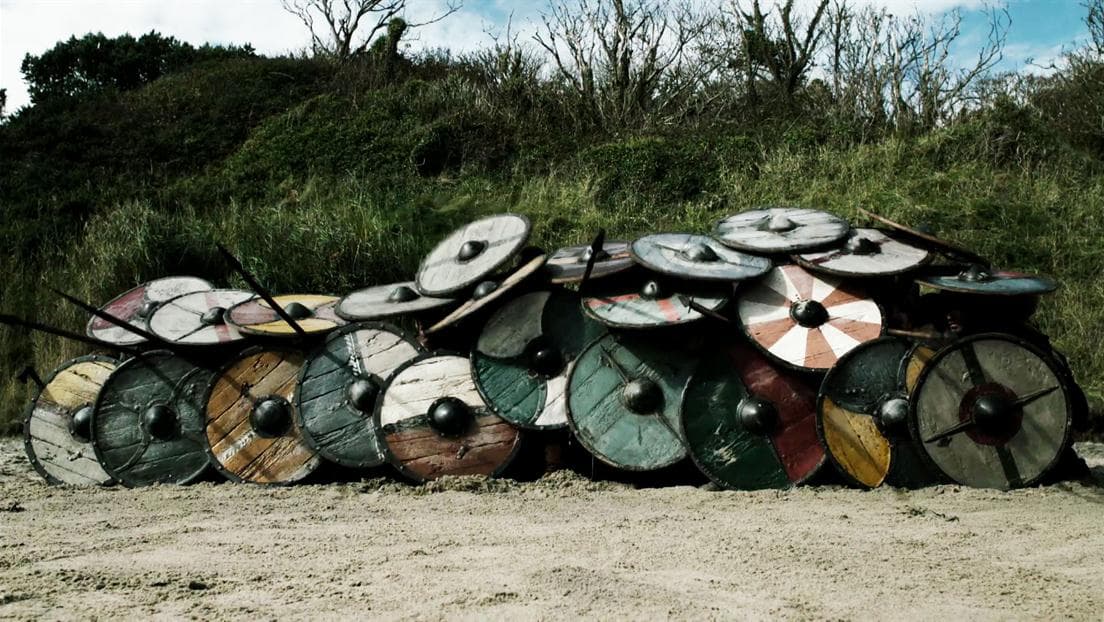 looks like my back yard.
I bet Marty and the prof have hidden their Delorian in there…

Its actually possible , since the weapon uses the same master material as everything else its just the Dye channel in the texture nee to be redone for the dyes to work correctly i had one working in the dev kit bit there only one channel so far … that can be use for dying …