We’re back with another free patch full of new and juicy mechanics and features including the new battle standards, a substantial rework and re-balancing of many weapon animations and combat mechanics as well as two new weapon types, modification oils and master level weapon fitting and kits! But that’s not all, as we’ve also worked on a ton of new bug and exploit fixes.

Last, but not least, with this new patch we’re releasing our newest DLC pack, “Blood and Sand”. For all the details including what’s in it, you can check out the announcement following this link!

Thank you once again to our incredible community for your amazing support with Conan Exiles. 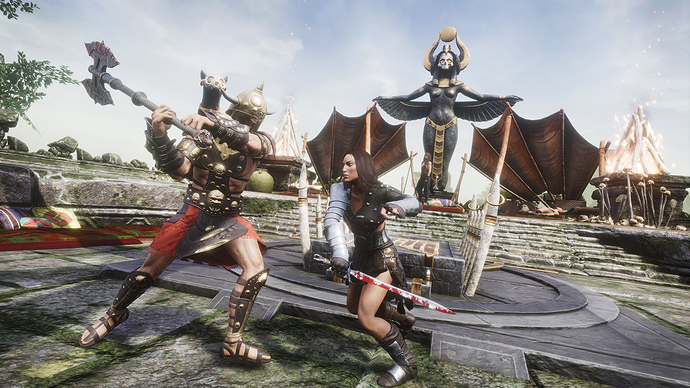 The new Battle Standard placeable will allow you to establish a PvP zone on PvE servers. This is perfect for players on passive servers who sometimes want to engage in combat without the risk of losing everything.

Anyone who steps inside a Battle Standard’s area of effect will be eligible to engage in PvP combat. Activating PvP is completely optional, so people can’t grief you by suddenly plonking down a Battle Standard and gunning for a fight.

You’ll also get to keep your inventory if you die inside a Battle Standard’s area of influence, so the PvP combat is fairly risk free. 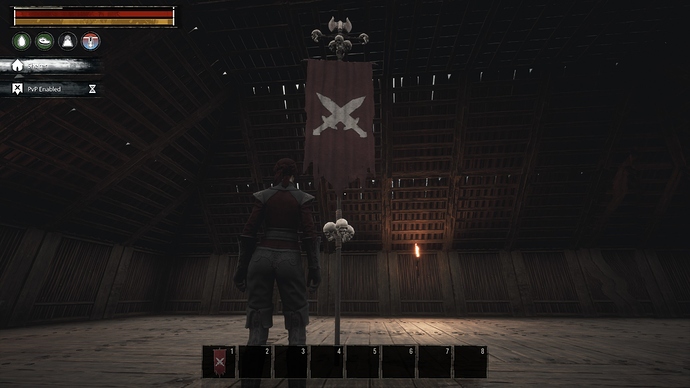 The axes work like a fusion between the warhammers and dual wielding axes. With this in your arsenal you can spin around like a top, causing a lot of damage over a large area. Be careful so you don’t run out of stamina though, which will leave you vulnerable.

Short swords are a faster alternative to regular broadswords and will let you perform simple stab and slash combos until you run out of stamina. They’re meant to be used against single enemies as the stab and swing have a very narrow radius.

In Update 37, we’re changing the combat animations for the Longsword, Great Sword and Pike weapon types. They won’t behave radically different to how they used to, but you will notice a few differences.

Here are the changes we’ve made:

Test them out, see how you like it, and let us know how it works in the comments below! 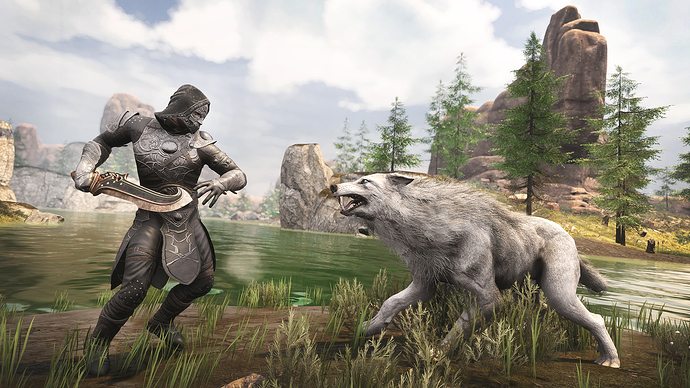 We are expanding the ways you can modify your weapons and armor with the addition of weapon oils. These are more powerful versions of the already existing mod kits, with the drawback that the boosts they provide are time limited. The oil will also severely drain the durability of whatever it’s applied to once the timer has run out.

The “Weapon Oils” feat can be purchased from the Archivist in the Unnamed City for 5 Fragments of Power. Oils are crafted at the Firebowl Cauldron. Only one can be active at a time.

We’re also introducing new Master level weapon fittings and kits, which come with great boons, but also severe drawbacks. These can be learned by unlocking the Grandmaster Armorsmith and Grandmaster Weaponsmith feats in a certain dungeon.

Build arenas and vaults to rock it out with new building pieces and decorate them with new banner placeables. Gear up with new armor pieces and face your opponents with new weapons in this new DLC included in the Year 2 Season Pass. You can read the full announcement here.

When will it be available for ps4 no update yet no sign on psn. Ty. @Ignasi

More FREE content!! You all are so very generous. Just for that, I’m going right now to buy the new blood and sands dlc.

Seriously excited about the new weapons and kits!! The battle axe spin feels too slow, especially compared to the hammer or axe/throwing axe combo.

The kits and new oils look interesting and definitely something worth testing.

THANK YOU FOR THE CONTINUED EXPLOIT FIXES! Huge. Just saying.

Can I get any kind of clue to what dungeon has the new Grandmaster feats?

Can I get any kind of clue to what dungeon has the new Grandmaster feats?

New Modkits and Weapon Oils are now available . New Modkits can be learned from inside the Warmaker’s Sanctuary dungeon, while the Weapon Oils can be purchased from the Archivist in the Unnamed City.

Now can anyone shed light on EXACTLY where in the dungeon it can be found? I read it all and did not see that.

Total trash patch . Thanks i can no longer login to any server

Just like nerverwinter there was nothing wrong with the attack system , now i dont know what attack am useing light or heavy . Games a big fat waste of time . In a week i have everything , kill all boss’s and then nothing to do

Sounds like you need a Xbox one X buster

Thank you very much for the update.

I think they should undo this and then it’ll be perfect.

Thank you for the update give me a rope , funpimps fix the login . Today would be nice

Thank you for update. Hadn’t been able to get into my Single Player save since WarMaker Update. And this update let me get back into it and everything is still there. Thank you so much. Thought I lost my build forever. By the way I’m on Xbox One X. Thanks again. If I could I show my build just to show you what I thought I lost. May not be that impressive to some but it took a lot for me and my friend to build alone.

It’s the same two tablets you’d read after defeating the final boss for the godbreaker armor and weapons.

It say you fix a number of game crash . NO YOU DID NOT , cause had you fix them i wouldn’t be here posting your game crash on login

With this new dlc unlimited crashing is back

Now can’t play without crashing back to back. Thanks funcom for breaking this again. I was ok with the last crash glitch atleast I was able to play for a few hours before crashing. No we crashed back to back.

Health regeneration is out of control - whether or not you have the Vitality perk, you can see that line move up. I bet it has something to do with the soothing buff. PvP is meaningless now because players can just run around 'til they heal up.

We’re aware of the crashing issues and the vitality problem and we’ve patched it on PC. We’ll release those fixed on consoles this Friday, along with any new fixes we’ve worked on since then.
Apologies for the frustration.