A Story in 4 Pictures

This could be purely anecdotal, but I feel like this should get some attention, since many players, myself included, complain about how unfair Dark Agartha can be at times. DA today was pretty awful. Luckily I recorded 2 of the three attempts. I will spare you the video, as the sound quality is terrible because my mic was on for some reason. Here are some pictures to show what I was running, where my AA was, and the end result. I apologize if it’s difficult to read; it’s hard to bring pictures down this small and still retain clarity. 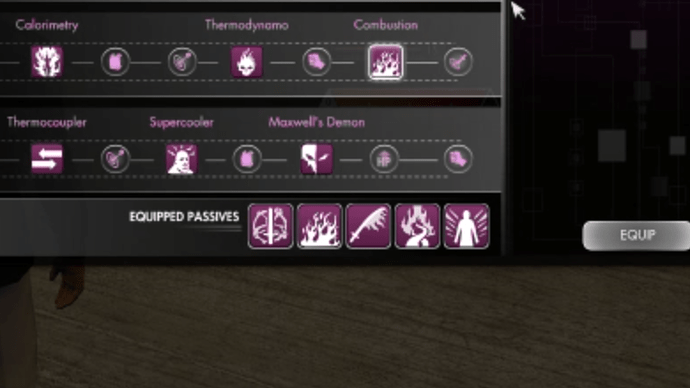 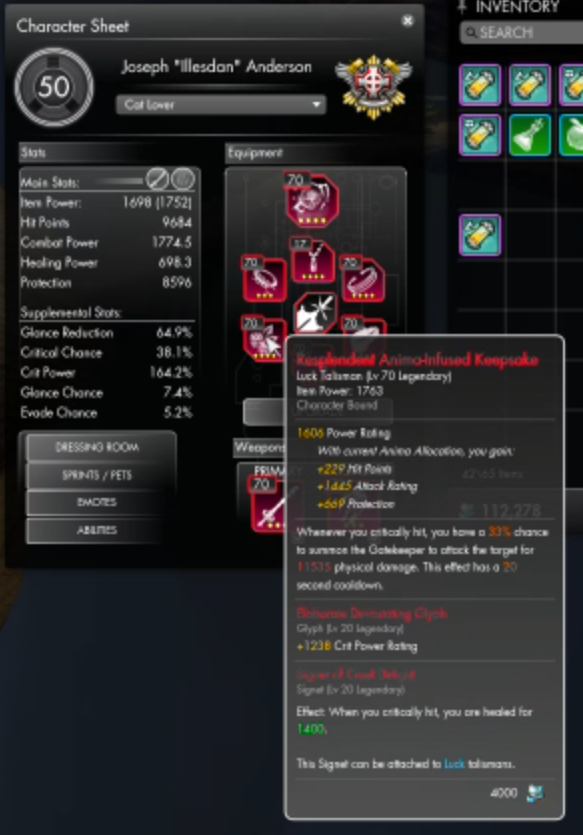 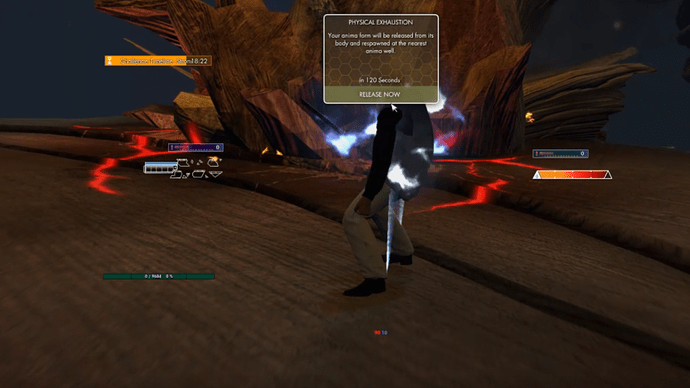 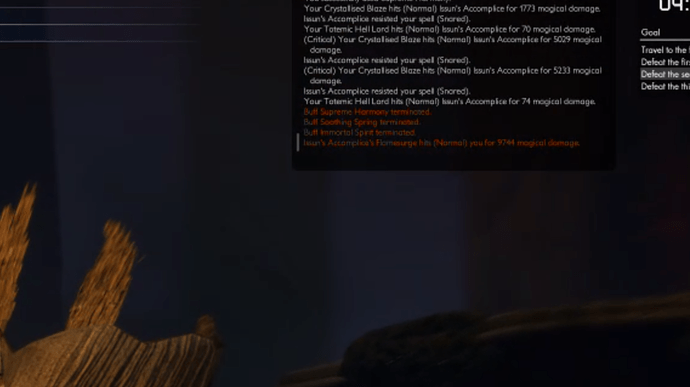 In a nutshell, I’ve run this build many times before, and usually it’s the right balance of damage and survival to get through the tougher bosses I have trouble fighting with AR in DA. I’m at 90 damage/10 survival, with my health being 9,655. Issun’s Flamesurge hit me for 9,764 magical damage. I was one-shot immediately.

I bring this up, because in Open Beta, I encountered absolutely nothing close to this kind of overkill. I found the fights fair, even on difficult days. But you go to live, and they can be ruthless and unpredictable. For example, I closed out the game after the third failed attempt, relogged back in, and finished the fourth DA run with no problems.

I read somewhere Nirvelle said you should be able to run DA at 90/10 and be perfectly fine. I found this quite true in Open Beta; but that is definitely not the case in the Live game.

Back when we tested DA I heard the number 80/20 and it worked for me so far…still without some mitigation or strong heals it still stomps you.
I found Live vs Test different challenges…Live will crush you with big fast hits that down you in seconds while Test felt like it will down you by volume of damage over time. Like if you have less heal than the dps of stuff than your hp bar will slowly crumble and it is a time race. Which puts some weapons into more struggle than others. Elemental is a good example…even with the newly balanced healpassiv once that and CD aren’t sufficent you have to cater to specific weapons offhand or just play it risky. Not a fan of it as is as problems with selfheal and substainability of weapons is a thing that is in the magic “later” pod of the dps rebalance if at all. And heck if I know when that comes around.

I don’t recognize Flamesurge offhand but there are a decent number of attacks where I just can’t get hit by them at all. I think the most annoying one is the Singularity clone, since they last longer than any other ground aoe, and can thus overlap with most other ground aoes.

Any time a boss kills me with damage output I just bump AA to 65/35, I think that strategy will be less effective after the changes cause it won’t give the defensive stat increase anymore, just a bit longer hp pool before you die.

I don’t know about you, but I’ve had to keep re-equipping my gear when I do the DA E17 blade basic videos, because I can feel something is wrong after I die… Makes me wonder if that’s why you did ok after you relogged. After I re-equip, I do just fine. I have been fighting with mainly 90/10 - 95/5 until I get to the GK.

Frankly, I’d rather be pecked to death than just flat out murdered. At least if it’s a gradual death, you can learn from it and see what needs to be fixed in your deck. Getting one-shot provides no learning of mechanics, no building of skill. It’s just a throwback to the old arcade days when the gaming industry wanted your grubby quarters from your Cheeto-stained paws.

I dislike potioning. That doesn’t mean I don’t do it. It’s that I prefer to try it without potions first, then see if it’s needed.

I’ve never heard of going 80/20, or that’s what was suggested to run on. If it’s down that low, certain weapons (like blade) would constantly be running out of time on some challenge days.That is if you’re trying to do it without the time extender.

The Live DA is balanced around 80/20, the testlive version has been rebalanced around 90/10. It’s still possible to run at 90/10 on live, but you’ll find that you take more damage than you might want to, so it’s a risk vs reward calculation.

Flamesurge will one shot you if you stand in it, that’s something that has been around since DA started. It’s one of the very few abilities that’ll do it, which is why it’s a pretty long cast that you just have to get out of. I don’t know if it’s been adjusted for the patch, but it’s worth looking during the next test!

One shot mechanics do provide you with a leaning point - don’t get hit by that ability. Its a harsh lesson for sure, but it’s still a valid lesson. Like Searing Brand on Live in HR. There are often times when to avoid Flamesurge, I’ll deliberately run through the fires of Mark of the House or Meteor Shower, because they both hurt much less, so it becomes a mechanic about knowing which abilities do more damage than others.

Pretty much what AWOL says. Flamesurge is a telegraphed AoE. If anything, i actually find that more telegraphed AoEs in the game should teach similar lessons, and oneshot more often. If you want to stay in it, then use a defensive cooldown.

To be fair I was kinda hoping for a bit more of a challenge after the patch. But I haven’t done any DA testing on testlive.

For starters I’m not sure why people that have difficulty in certain DA runs still run ele offhand. I’m not saying it’s a bad choice if you want a fast run but overall it pretty useless if the issues are survivability related.

Currently on live I go 15/85 AR/Hammer which I get is cheese mode but you can basically stand in whatever you want and ignore almost every mechanic with this setup. Can’t get out of an AOE? Health getting low? You have pain suppression and thick skin always available to get you out of a bad spot. If you can spare the slot for Eruption you now add an AOE purge/impair/expose to your build. Understandable not everyone has a specific headpiece for DA at E17 but with a Mauling signet Eruption is off cd fast enough that you don’t need any other impair.

Point is Ele doesn’t even come close to the utility that a green hammer can provide. Basically with some build modifications you should have been fine. I get that blade has some struggles with available active ability slots but as far as passives go you shouldn’t lose much by dropping combustion and crystalized blaze for the hammer cd passives.

Can you post the video without sound? There should be a way to mute it. I can’t remember what Flamesurge is. I usually just rush through with AR/SG until recently, and never pay attention to their abilities.

Flamesurge is a big circular AoE that Issun’s Accomplice casts. It doesn’t leave a persistent effect on the ground, and it’s not one of his standard attacks.

Ohhhh ok. Thank you. I don’t see see anything wrong with that type of ability one-shotting, especially with the ground warning giving you time to get out. I personally think it’s something that can be learned.

One of my favorite things about playing with Blade is that it makes you quick on your gaming feet in places like DA. Acrobatic signet would be nice during those fights.

You’re actively warned about the “very high damage”, which makes it an even more justified one-shot.

I came across this again while looking for a Challenge Timeline list. 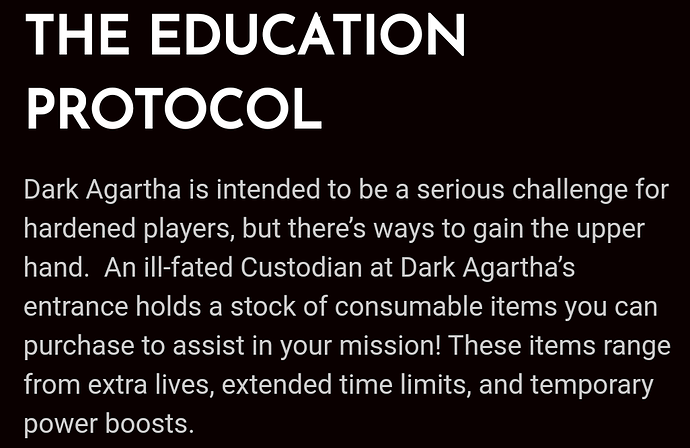 Speaking of problematic DA combos, today’s DGK had Controlling (hinder on every attack), Static (periodic cast afflict that does something to dodges), Short Circuit (afflict on most attacks), and “more malfunctions”

I don’t think enough cleanses exist to keep up with that… I made it through by dying twice, and running directly away from him without attacking while I waited for my potions/dodge cooldowns to expire.

There might be weapons that it’s not an issue for but Controlling is by far the most fatal on my hammer build, it’s extremely common for me to get hindered leaving a malfunction or disintegrate circle, which re-hinders so I get hit again, so then I die, cause they both do pretty extreme damage on the 2nd/3rd hits (I think it’s something lke 2500 5000 7000?)

The one worse combo than this is Controlling + Purging, the only way to keep up with how frequently Controlling hinders is to use cleanse over times, and purging removes those

I’m glad you mentioned that, I wanted to try the blade basic fight with all that going on. I know it will be difficult. BTW… I found that 75 dmg, 25 survive (with anima potion) is what keeps me alive long enough to get out of that with AR & Ele/SG offhand - no protection and walking out slowly.

Here’s how Gatekeeper went for me today. I bet if using gadget cleanse, Hoop would be better than Drone since it’s instant. 25 on survive gives you enough life to turn away from the Gatekeeper and dodge out more quickly. 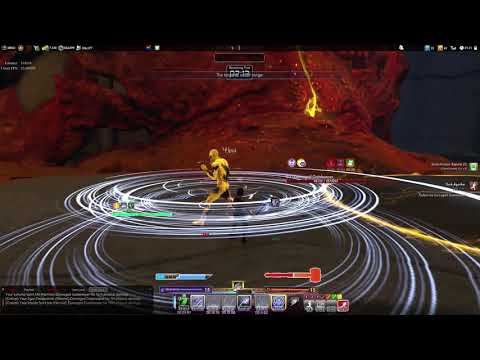 Controlling is always an annoyance…more of my deaths were to an unfortunate hinderspam than to other stuff. Most times I only get out of it by sheer healing and mitigation ability cause my cleanses ran out.

It’d probably be nice if Purification would apply to either the longest duration first, or oldest debuff first, instead of current LIFO stack behaviour, where Controlling is the only thing it manages to cleanse cause it’s being applied again instantly every time it’s cleansed. I think the only reason it succeeded in cleansing Life Drain at all was one of the hits glanced and didn’t apply Controlled.

This is where a hoop is a bit nicer

but I’ll probably get yelled at for suggesting that again like in discord.

It’s all going to be easier after rebalance anyway. Sadly.