Stuff from the movies are under a separate licence, to which Funcom doesn’t have unlimited access. Remember the Riddle of Steel DLC? It had a handful of iconic elements from the movie, but even that selection was limited. I’d like another set of cosmetics and placeables from the movie too, but those would most likely be a separate DLC with a price tag.

Or maybe we’ll get a Set-themed DLC in the future with a heavy armor in a similar style to Thulsa’s armor without breaking any movie copyrights.

I’d like another set of cosmetics and placeables from the movie too, but those would most likely be a separate DLC with a price tag.

In the meantime, I’ve found that with a little dye the Dark Templar armor from the Debaucheries of Derketo DLC looks pretty good with either Thulsa Doom’s or Rexor’s helmet: 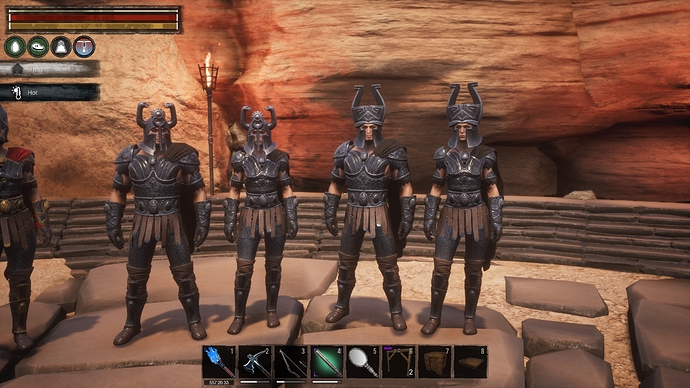 That’s actually a pretty good match. Less snake, but otherwise the style and color have a very similar feeling.

I would also like to see Thulsa Dooms armor added to the game. But if I may be so bold as to suggest one other iconic goodie from the game. Please add this!! 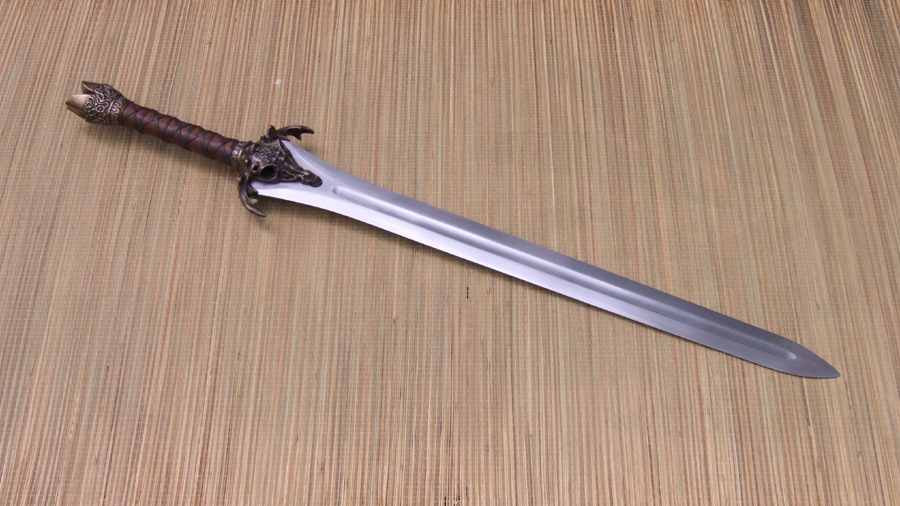 Conans Fathers Sword
I would buy both of them in a heartbeat.

I would have loved it if the Riddle of Steel came with the following.

I appreciate the Warpaint. Vals warpaint is my go too