The Khitan Exile camps near Thugra’s Stand and Flotsam are missing one of the new merchants and the camp at the Volcano is missing both of them.

Go to the camps at Thugra’s Stand, Flotsam and the Volcano and you’ll see (or rather won’t) that the merchants are missing.

Unknown if this is a bug or intended behaviour. Right now one piece from the Mad Prophet armor can’t be obtained as the merchant selling it among the missing ones (I guess).

If you are teleporting to the locations it can cause them not to pop in. I have all of them at Thugras and Flotsam, There is an issue with the Volcano But I think that has to do with the encounter spawning close by. 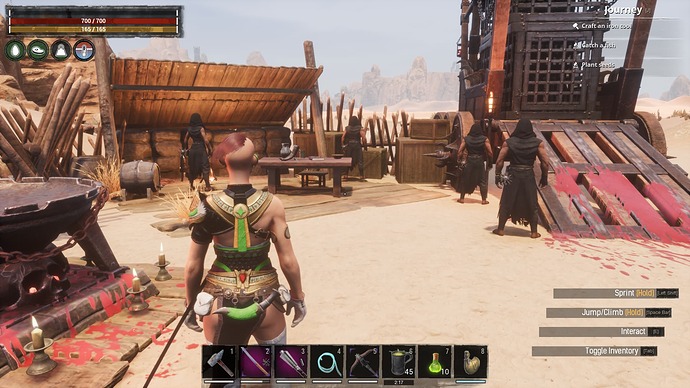 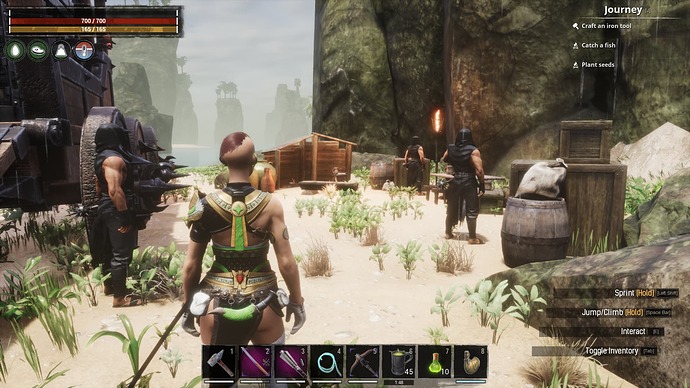 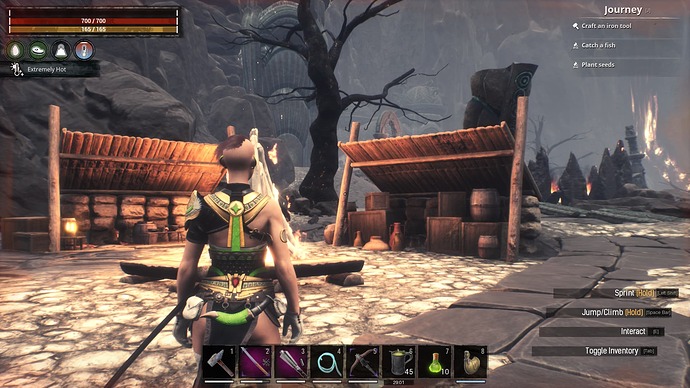 Already tried that, unfortunately the new merchants are stubborn. Only the old ones pop in, for thralls and supplies.
Right now for me at Thugra’s Stand there’s the merchant for the Warspear of the Black Circle and at Flotsam the one for Black Blood Skinning Knife. Which is nice, you can get some legendaries and the full Black Blood tool set earlier, but if you were looking for the full Armor of the Mad Prophet, you’re out of luck.
Well, unless those two camps are supposed to only have one legendary vendor each (instead of two, like the other camps), and the Volcano none, but that seems rather unlikely.

They are only supposed to have those vendors, There are other camps that sell the armor pieces. I don’t want to spoil it for you, in case you want to search for yourself.

or most of them at least.

The problem is that the chest part from the Mad Prophet armor does not appear at any vendor at the camps. Or are the pieces randomized at the vendors?
EDIT: Yeah, they’re not randomized. Would’ve been interesting though.
EDIT2: …unless… my God… there is another camp. Where did Mek-kamoses even find the resources for this :D? In any case, you’ve definitely gave me something to search now, so thank you.