@RitualGround
I spent a good bit of time exploring the map and noting issues. I have them listed with frequency and severity.

The following I have run across once or twice:

Portions of items not rendering in (These are extremely random)

This is another player’s base. I ran out of render distance and back, and it was there 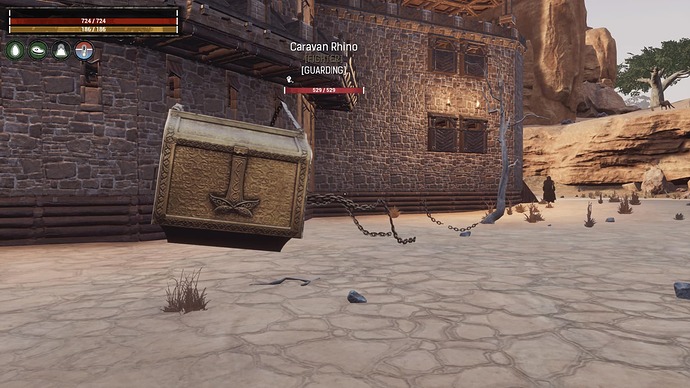 This is the Derketo Shrine in my base. Usually, it is fine, but twice it looked like this in these two differing photos. 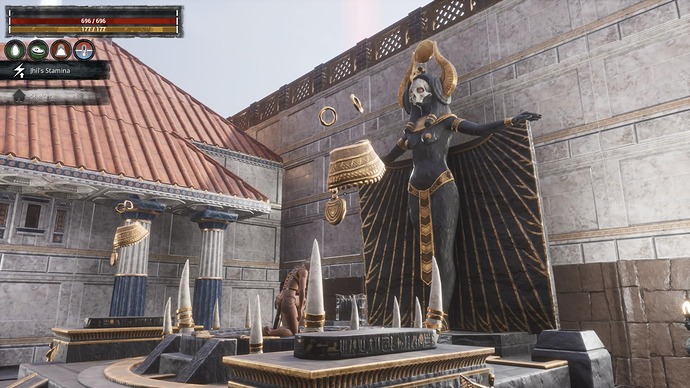 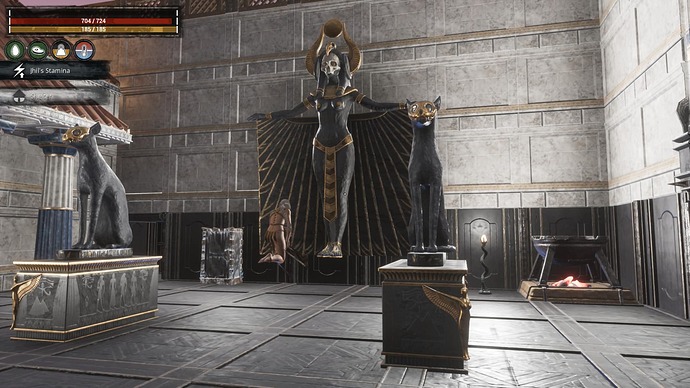 These are regular things.

Thralls or players sinking to the ground. 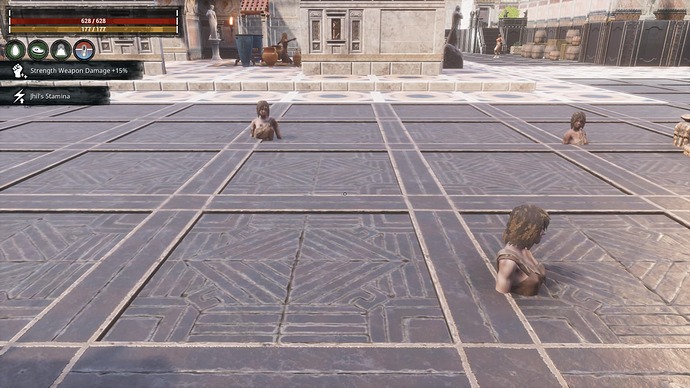 The game will freeze when go into the Battle Pass or Bazaar menu while in or around a base.
When I check the Challenge Menu, I have to be careful not to take a shortcut and pull the left trigger through the Bazaar and Battle Pass screens. It will freeze and I have to close the game using the PS commands. This happens 20% of the time I forget not to go into those screens.

I am unable to craft items won from the Battle Pass
Again, This happens at random points in the day. I have to log out and back in, leaving the area does not work. The message I get is “UNABLE TO BEGIN CRAFTING”. It is on every bench that makes something.

Textures around bases have the lovely appearance of putty
Most of the textures will load eventually, but body paint in particular is fuzzy and not defined. Also, this has been happening since the patch a year ago when dyeing armor pieces. The pieces are fuzzy, and you kind of see where the color goes, but it’s not clear. (Side note. It would be great if we, PS users, could spin that thing around when we are dyeing it)

Can we check the Corrupted wolf spawn rate?
Please, for the love of bacon, check that spawn rate. I have made five trips into the Dirgewood this weekend, and encountered at least one or two every time. The first trip in there were three around the small camp where the sorcerer is now.

Things on the map are not seen.

This is the small bazaar outside the prison in Sepermeru 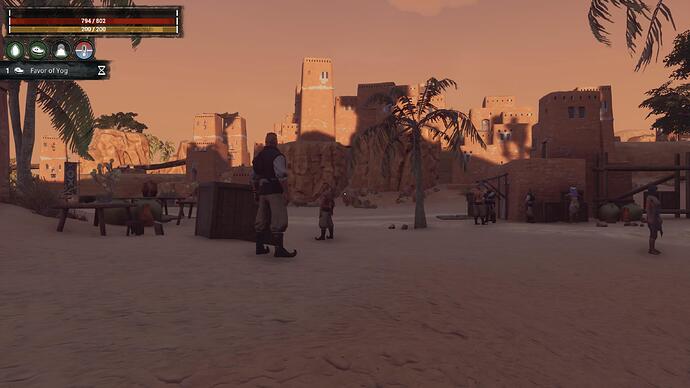 Conan picked the saddest bar in the Exile Lands to hang out. 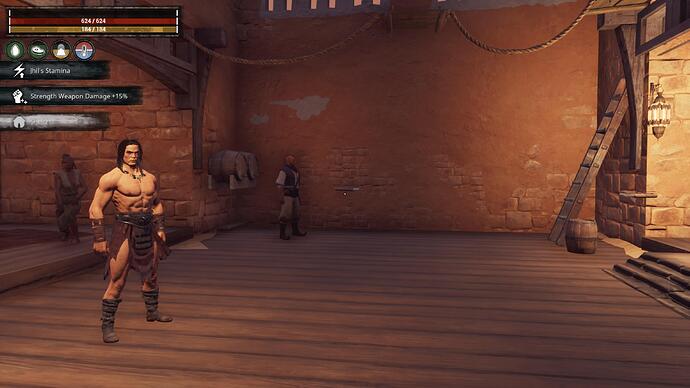 Reported by PS4 Users on our server

Constant crashing around bases.
Ostriches are invisible except for the eyes. (I admit. I’d like to see that)

The new attribute system has turned me into a killing machine, and I am not displeased. I miss Raw & Bloody and ignore temperature effects. Authority is weak. Using it is the only way I’ve gotten thralls killed. That first perk ensures they will be targeted. I took all points out of Authority, and haven’t lost a thrall since. Their range is 15m, and they are set to Guard Me most of the time.

I recently had the joy of fighting a white wolf, mammoth, elk, and two sabretooths at the same time. As when I had three corrupted wolves on me in the Dirgewood, it was a blast, and a death sentence just last week.

I enjoy doing the Honey Do List, even though most are mundane tasks.

I had a purge that spawned inside the base on a patio over the river. It was also Saturday night, the base is not square, made in arena, and was invisible. 30 Cult of Dagon Followers and blue fish guy on about 40 sq ft of space. That was fun.

Sorcery is still a “whatever” for me, although I do like the corpses. Having followers that you don’t care if they die (again) is great.

Overall, fun has returned, and I like it a lot.

I crashed and have had to restart game when accidentally going into battle Pass not sure now if I was at base or not. This has happened on 2 server’s.

Happened to me, too. Both inside and outside base. I avoid the battle pass menu

Thank you for the detailed report!

I’m glad to learn that you’re enjoying yourself in spite of the described situations, I’ll go ahead and report these from our side.

The freezing issue has increased in frequency, often just as I am moving around home base.

The rendering problem on the shrines has also started to occur almost every session.

Also, things like the Godbreaker boot weapon repair, Gloves of Jhil stamina, and other bonuses from armor don’t reset unless I take it off and put it back on. Example - I remove my bracelet at a Battle Standard. When I revive, and I am already wearing my armor, the bonuses do not start until I undress and re-dress.

I have a lot of unused points in Feats/Knowledge. I can pick a feat, but it doesn’t show as available for several minutes.

I just froze using battle standard to get home ps4. Made it intact. Since 3.0 it is like a lightning storm when I load in

this is an awesome summary, I can confirm all these issues,
in addition I would add that the freezing/ screen lock issue is very likely when approaching larger bases on Exiles, I map entire server and dismount when approaching these bases. On Siptah the freezing when passing/running/walking past bases is ridiculous.

…Anyone heard any rumours about a stability patch coming soon?

Staying in my inventory for to long a period or in thralls inventory can cause me to freeze requires logging out to fix. Staying mostly on our private server until this is fixed keeping decay refreshed on official don’t care to loose our possessions due to freezing this can happen even away from bases while setting thralls commands that gives a time frame. @RitualGround

YES!!!
thank you @sestus2009 , it’s actually really helpful for me to hear what exact series of events most frequently lead to freeze/crash.

I admit I have adopted a very timid play style since patch, with absolutely minimalistic interactions, it is usually browsing that BattlePass/Challenges and Rewards tabs that gets me. I’m just too greedy! (less is more). I need to stop tabbing!

I am loving the Dopamine hit I get from a (times4) or (X10) Challenge Completion. I now write the Challenges on paper, and only submit my Challenges when several are completed. (less is more).