In the world of Dark Souls, we will have tons of events , quests, mini events, bounties, and much more. Win bronze coins to be used in our admin shop.

Join us in Dark Souls to take part in an active community both in game and on discord! I just opened up the server so join and let’s have some fun. 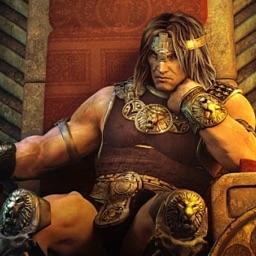 Check out the Dark Souls of Conan PvP and Events community on Discord - hang out with 10 other members and enjoy free voice and text chat.

READ THE RULES AND UNDERSTAND THEM OR ASK DONT ASSUME 1. Welcome centers are for new comers only.
2. Do Not Build on point’s of interest, Vaults, or main Resources!!
3. 1 base and 2 wheel of pain size structures per clan, no mega builds, No exceeding 10000 placed building pieces and 1000 placeable items… no land claiming.
4.You can not raid the same base more then 3 days consecutively.
5. No building by Admin structures.
6. Do not steal or kill in the Capital it is neutral area and do not leave thralls in the Capital they will be Executed!
7. There will be no stealing from the arena and from the locker boxes.
8. After 10 days of inactivity base will be taken down.
9. Base raiding hours days and times to be determined
10. All clans will have a safety deposit box in the post office which will be under the realms protection.
11. Must be apart of discord to be on server.
12. In order for you to have a Post office Box / Safety Deposit Box you will need to have a radiable base and at least 10 hours a week of game play
13. Your in game name should match your discord nickname.
14. No killing or looting of sleeping bodies after a server crash or server save.
15. If you have a main base and move you must remove old base within 5 days or you will be removed from server until your base decays…
16. If you are PVE you cannot instigate fights at another players base, kill, raid or loot
17. Pve is allowed to kill in the wild and be killed and looted in the wild.
18. PVP cannot go to pve base, loot, instigate fights or destroy pve structures.
19. If you are pve or pvp and want to switch you need to let admin know atleast 3 hours before raid time. once pve raids you cannot switch back to pve for 3 days
20. Only PVP can use tier 3 shrines.