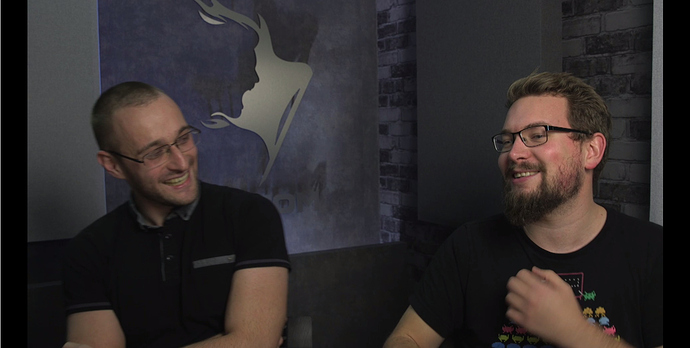 Welcome to a recap of our latest dev stream!

We began by recapping that the Pet System is now out as well as the Savage Frontier DLC. There have been some questions from the community, over why there were no placeables included in the DLC. This is because the Picts prefer to decorate their pets, rather than their homes. They’re very animalistic. So this DLC includes different pet skins instead.

There is more information on Halloween events coming soon for Conan Exiles. We’re also talking about doing some competitions outside of the game.

We showed off the Midnight Grove in this stream, which is the newest instance that was added into the game. This is where you go to learn the Jhebbal Sag religion. Alex is the designer in charge of the feature of the Jhebbal Sag dungeon. This means that as the different developers add their projects and bits to the dungeon, he is in charge of maintaining the lose ends as it all comes together to make it work in harmony. This requires a good amount of collaboration and coordination!

So what comes first when creating a dungeon?

Alex is first told that a piece of content is wanted at a specific difficultly, specific tier, with a certain number of people, that takes X amount of time to play through and many other factors. Knowing the answers to this is the very start.

Generally, once you know the targets, then we go into rough phases of communicating with the environmental artists and lore artists on how to make it fit the character of the game as well as the setting.

How do you judge if an encounter/dungeon is difficult enough?

From a design point of view, Excel is a great tool. Which they laughed about, but is incredibly handy in getting the numbers of what difficulties should be used. The end result is putting those numbers on the creatures in the game. But when testing these numbers, it may behave awkwardly or the combination of numbers and animation may not match up, so you may get a mismatched result. They need to go in and test/play it out to see how it feels. This happens multiple times until they feel it is balanced.

The Midnight Grove, as well as the rest of the game, takes quiet a lot of mathematics and calculations when designing, which is a large part of Alex’s job. However he needs to work closely with environmental artists to figure out how long they want the experience to be. For instance, how long they want players to walk vs fighting.

How often do you try a feature out before realizing it won’t work and scrap it?

You develop a certain sense of how things work out with the features, models, animations and the like that you have. With all that combined and experience, you have a good guesstimate of how long it would take to make the content and meeting deadlines, new animations, and so on.

What would you consider the greatest challenge in designing a dungeon?

For Conan Exiles, the biggest challenge is the variety of modes in which the game can be played. This includes server settings and gauging power. Midnight Grove isn’t instanced so it’s an open world playfield that is hyper focused on a piece of content.

In the dungeon, you’re fighting enemies that are spaced out that give a challenge but give you an opportunity to heal if needed.
This is an effect of making content for a game with this combat system, the fact that is can be PvP or PvE or anything in between. We’ve erred on the side of caution of making it challenging but also don’t abuse the players with spawn mechanics or NPC traps as with traditional MMOs. So you can take your time working through the dungeon and monsters and feel the encounters out instead of worrying about aggro.

How do you choose bosses in a dungeon?

It’s a team based effort. Nothing is purely an individuals work. A lot of thought and talk go into if a boss makes contextual sense in the dungeon you’re in. Midnight Grove is an “animal” dungeon so you would expect to be fighting beasts of some sort. Thinking about Jhebbal Sag’s dialogue is important as well.

We wanted to challenge players and their shields by getting the NPCs to find your shield. So we wanted to change the angle of attack to challenge the player’s ability to block, be in the correct position, to dodge away from the attack, and such. In many other games, you block and still receive a small amount of damage. In Conan Exiles, you don’t receive any damage. So we focused on combat to be both interesting and rewarding without breaking the game.

What is your favorite part of this dungeon?

The flow of the whole dungeon. It feels natural how it’s structured. The player has the choice to go through different paths and encounter different enemies. You can choose which animals you fight better against.

What is something you as a designer would obsess over that a player may not notice?

The first thing is Excel color schemes. There is a specific color coding you need to follow. If you fail to follow it, it’s incorrect Excel work. The second thing is straight lines in blueprints. Make them as straight as possible otherwise it’s a jumbled mess.

There is a bow rework happening. Making them much more fun to use that previously. They will be on TestLive at some point with a powercharged headshot.

What is something you wanted to add in the Midnight Grove but couldn’t?

We were concerned about how players would interact with each other as well as loading screens when coming into the dungeon. To get into the instance, you need to drink a potion which makes you wake up in the Midnight Grove. The initial idea was have the player drink the potion and dream-float down from the sky and as they’re doing that, they can look down to the ground so they have a moment or two to orientate and focus. This obviously didn’t make it in unfortunately due to allocating resources to other parts of the dungeon.

Do you have a favorite feature/design choice in Conan Exiles?

Alex implemented the first version of combat into the game in Early Access. He wasn’t happy with it due to lacking tactical combat. When we had the opportunity to rework it, we jumped on it. For this new combat, you have to commit to your action and suffer repercussions of a bad choice, or the results of a good choice. We had an amazing time working on this combat system. They’re much happier with how it works now and has a lot of fun with it.

We hope you enjoyed this sojourn into dungeon design and the thought process behind creating som of the environments in Conan Exiles. Join us again in two weeks (October 26th) for another livestream on Twitch and Mixer.

when you get to the bull, and need to drop down into the boss area, you lose half your health without the perk and if you have a pet, it dies, well my white tiger with 8000 + health died from the fall dmg which has to be a bug and my friends pet made it spam one of his big attack constantly until it died.

when you get to the bull, and need to drop down into the boss area

Wait, is there no other way in? I mean sure, we always did the drop too, but I thought that was just us being lazy…

Right now that’s the only way into that particular boss arena. You can reduce the damage with the Tier 2 Agility perk, but beyond that there’s no other way.

I’ll bring this up with the dungeon designers

Wait, when did they put dungeons in? Last I remember the Dregs was like 3 harmless water puzzles and a snake that only loaded in half the time, the Palace of the Witch Queen was just a room, the Black Keep was maybe getting toward dungeon but it was really really short, like a couple hallways and a room or two. The Well of Skelos I might give you dungeon but as the ‘end of the game’ we cleared it with two people who weren’t even cap with just base gear. So after than we just said, ok… guess we beat the game and stopped playing. As for the rest of the world it was nothing more than 100 foot long caves with some big scary thing standing at the end of it.

I liked the concept of Conan but it really just felt like it was no where near done or was counting WAY too heavily on the PvP to carry it.

Wait, when did they put dungeons in?

The latest one is a proper dungeon as far as I’m concerned. Obviously it’s not going to be a dungeon on the same level as one from a game focused on dungeons, and it’s still an open-world style dungeon (which is cool).

I liked the concept of Conan but it really just felt like it was no where near done or was counting WAY too heavily on the PvP to carry it.

Yeah I have to at least somewhat agree with that - particularly the “relying on the PvP to carry it” part. Though I am not ready to put my fascination with the concept in the past tense just yet

We definitely try to include and keep all player styles in mind when making decisions, adding content or balancing.

Wait, when did they put dungeons in?

Here’s what Dungeons you missed. And what you are missing:

So, the forums are now one big dangling cobweb with many sticky spots, aren’t they? Don’t hurry, ya big no-brainer, you might as well get trapped and eaten before you know it! If you don’t like spoilers, you might’ve not considered reading everythin…

Thanks for the appreciation Armel

I noticed the link wasnt working and the dungeon wasnt listed yet because it lacked an infobox. Added it in and edited above reply just now.