Humanoid NPC’s seem to have around a 20% chance of spawning without a weapon and will simply stare into your soul for a defense. This has happened to thralls and bosses across the Exiled Lands in both SP and MP. The only mods running give hairstyle options and shows numbers for all hud elements. 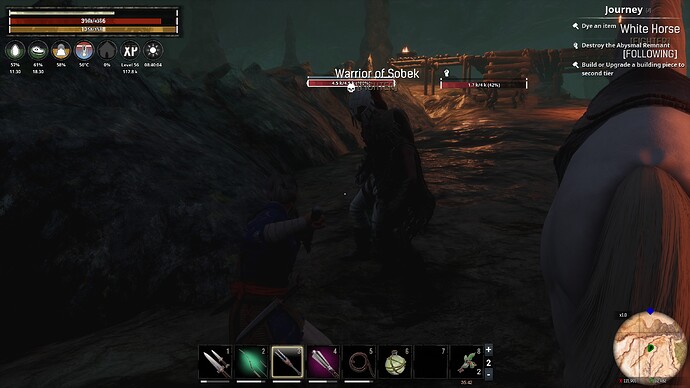 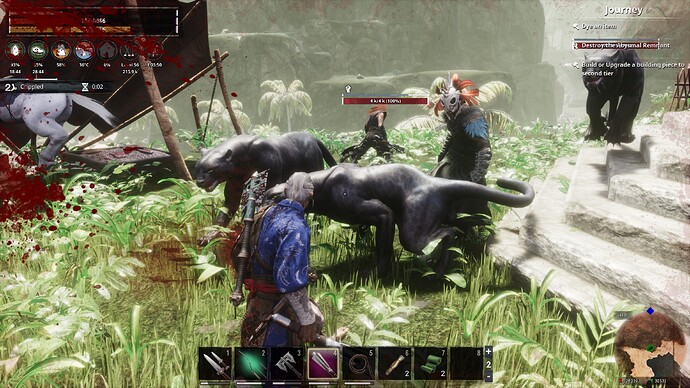 Both singleplayer and online, also they simply don’t have weapons it would appear. Ardis for example has spawned in twice without a sword and once with it.

Thanks for the find! We’ve informed our team about this so they’re less stingy with NPC equipment for a future 2.5 iteration.

Good news, I think todays patch may have fixed it. In over six hours today with three people I checked and no one reported seeing anyone hate staring them.

Observed this especially with archers, and like said, on both map, SP as on servers.
Will see now after the last patch if there is some changes to that.

I have noticed that the Claw of Jhebbal Sag NPC’s spawn without weapons and they used to have daggers. Are they supposed to have the new claw weapons?