Fix game scale with the horses this is redonkless

I shouldnt have to build a two story horse shed to house a stupid horse you need to adjust the scale of the horses to fit in a horse shelter with the stable building blocks you provied in the game. picture shows issue period.

I single story house in conan already feels tight as a human, horses would be too small if they made them fit into that space. I don’t want to ride around on a Mongolian breed style horse.

Actually I take that last bit back those types of horses would be great for a horse archery build.

seems like it was removed or something beucase its not listed any more the old post i put it use to show in my history its not there any more.

war horses where 5 feet tall they where called destrier they do not exsit any more 7 foot tall horses are draft horse they are not never where used for combat because they suck at it.

hes some facts good reading stuff about warhorses vs draft horses which are in the game i guess.

The destrier is the best-known war horse of the medieval era. It carried knights in battles, tournaments, and jousts. It was described by contemporary sources as the Great Horse, due to its significance. While highly prized by knights and men-at-arms, the destrier was not very common. Most knights and mounted men-at-arms rode other war horses, such as coursers and rounceys. These three types of horse were often referred to generically as chargers. The word is first attested in Middle English a... 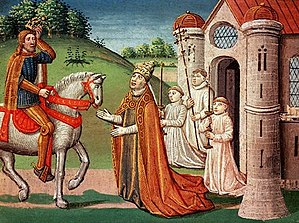 Horses in the Middle Ages

Horses in the Middle Ages differed in size, build and breed from the modern horse, and were, on average, smaller. They were also more central to society than their modern counterparts, being essential for war, agriculture, and transport. Consequently, specific types of horse developed, many of which have no modern equivalent. While an understanding of modern horse breeds and equestrianism is vital for any analysis of the medieval horse, researchers also need to consider documentary (both writt...

characteristics in a horse will make the horse-rider combination more maneuverable? If I can simplify a bit, in terms of performance characteristics, a war horse basically needs to be able to do three things:

A destrier is a horse optimized for 1 and 2. They’re fairly compact rnage from 4 feet to 5 feet not getting over 6 feet in size but heavily muscled. reason being knight would use maces and swords in combat aginst foot soldiers and the horse would kick and bite at sametime lances where not used that often in combat during dark ages or before.

draft horses at larger then warhorse are bulky slower in speed and acceleration could not turn as quickly and where easy targets for archers and for ground troops who could easily hack there legs off so they where not favored as combat units.

also destrier hroses aka warhorses really do not exsit any more mordern horse like a 7 foot draft horse aka the Percheron did not really come around until the 1900s during ages of gun powder.

who ever came up with idea of using a 7 foot or 8 foot draft horse as a war horse did not do any research on destriers which just so you know is a common name for warhorse.

a true size warhorse should be about same size as your char or smaller.

so warhorse would be about 4.92126 feet on average

anyways that being put aside, not being issue here issue being clipping fact that dlc pack comes with building parts that the horse does not even fit in should be really considered a bug but i was told its not a bug its feature i guess game devlopers like clipping issues it seems so i am putting this as a suggestion that they take little more time and intrest in there scaling specially for feature that is being sold as a dlc pack if i am buying someting for use feature then i except it not to clip that badly.

just make horse same height as tallest human you can build which i would asume is 7 feet tall sense room walls are what 8 feet tall and call it a day thats still dam tall horse there no reaosn for horse to need to be 12 feet tall.

seems like it was removed or something beucase its not listed any more the old post i put it use to show in my history its not there any more. 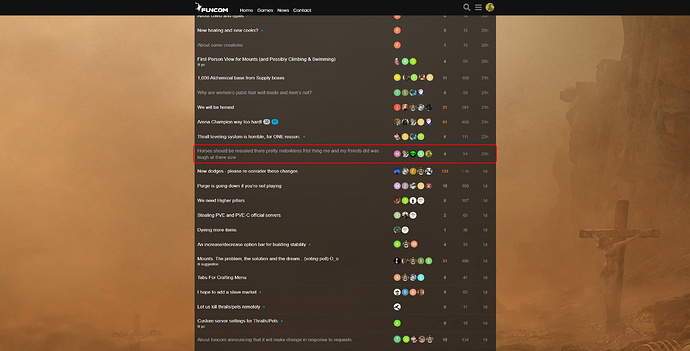 Mind you humans are more easily replaced than horses.
Also real horses are not themepark ponies.

Now get back to the Wheel