Their is no way to tell witch way the ceiling is oriented. It has wood planks in its design and without being able to tell what direction they are facing before you put them down you can’t line them up right.

Thanks for the heads-up, we’ll inform our team about this so they can give it a look.

This is one thing that annoys me with building, I always delete a piece if it’s not facing the right way or the same direction as the other pieces, could be easily solved with a direction arrow added just to show which direction it’s aiming.
Building overall could do with a real haul though, I’ve deleted stuff before including vaults because they’re clipping through a wall, an option for other vision options when building for example making your character model invisible or a top down view would be great or make it so you can pick everything back up so you can replace it.

This is one thing that annoys me with building, I always delete a piece if it’s not facing the right way or the same direction as the other pieces, could be easily solved with a direction arrow added just to show which direction it’s aiming.

You know how certain placeables (like a campfire) have an arrow showing where the thrall will be once it is placed? There needs to be a similar thing for building pieces.

Lining up ceilings used to be a real pain for me, would usually have to delete many, but then someone gave me a tip.

Do it at night. You can see through the ceilings easier as you orient them, but if you are on the ceiling looking down, you may want to store any lighting inside the building. I rarely have issues anymore, but I do agree, the arrow would make it a lot easier.

The frontier ceilings have no details on them before you place it. It’s just a big orange block.

As much as I like the art on the Frontier ceilings and foundations, I never use them because it’s too wasteful and anger-inducing. Seems a shame to have designers work on buildables that bring players no joy and only frustration… unless that’s their thing.

Interesting, and frustrating. It appears these are the only T3s that do not have any direction indicator during installation, yet when placed, the orientation shows plainly.

@Ignasi, it seems someone forgot something

In support of Anglinex’s report, see the following …
A visual of the placing process in the evening showing no way to determine orientation. 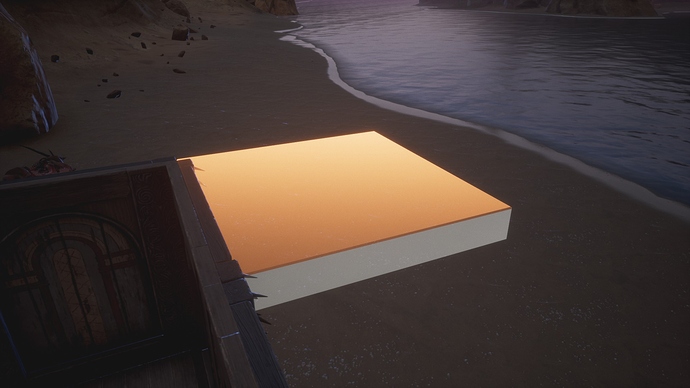 20190815131243_1.jpg1920×1080 197 KB
A visual of the placement of several ceilings showing the orientation, having been put down sequentially from the same spot without any rotation applied. Directionality seems random. 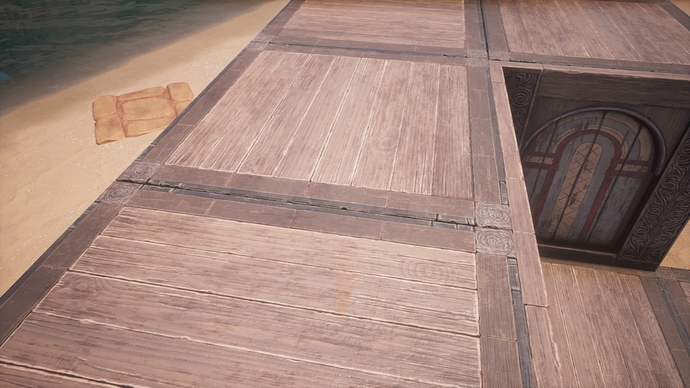 Viewed from the bottom, I can’t see any orientation at all; it appears symmetrical in both axes, and I like the design. I also like the walls, the art is great.

Not having used it before, I probably would because of the aesthetics, but will avoid it due to this problem. People do use the ceiling tiles as a floor.