I reallly miss a wall section that has the interior on both sides. Its not possible to design rooms and hallways as it is right now

I lose the same ceiling piece, and a ladder everyday. 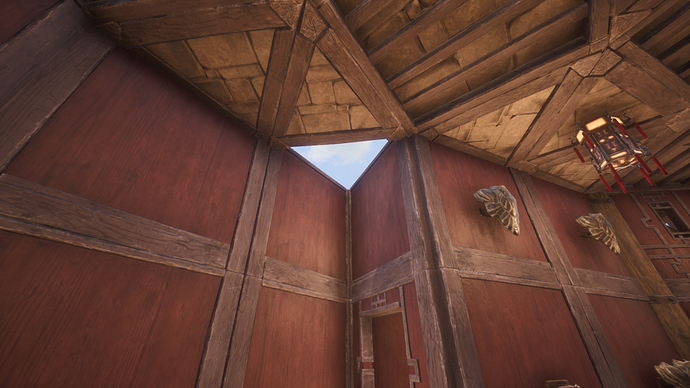 When i say miss i mean.

Yeah, a piece that looks the same on interior and exterior walls would be very nice to have.

P.S.: Yes, I know there’s a mod that accomplishes that, but that won’t help consoles players nor anyone playing on official servers.

What mod has that building block?

I think it’s “Glass construction and more” that adds those building pieces if I recall correctly. There are most likely other mods that add similiar pieces as well.

The Khitan DLC wallpieces are identical on both sides I believe, but they are unfortunately the only ones. I too wish for that from most of the sets, especially since faking it by building interior walls that are a whole foundation thick looks… odd.