The Wight boss in Klael’s Stronghold still gets stuck in the walls occasionally. I recorded a very short (19 second) video just to show the boss stuck in the wall. Once it backed into the wall and became stuck it didn’t move or attack for the rest of the fight.

I play Single-Player, Exiled Lands with no mods.

I thought I should post this pic of another Undead Boss in the Stronghold too since it’s the same dungeon. Notice that it has the bleed status effect on it. My thrall was running low on health so I did not check to see if any of the other bosses or skeletons could have bleed stacked on them.

The bleed status effect bug was fixed once upon a time inside and in the immediate area outside of the dungeon. It appears to have returned. 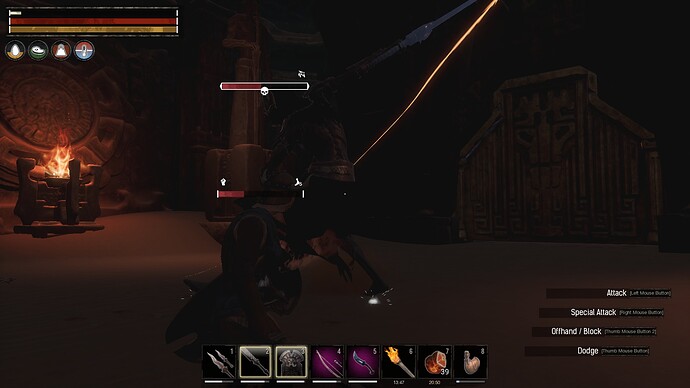 Thanks for both reports @Technicolorfool, we’ve forwarded them to our team.