Mistakes in descriptions of some 1H-Axes

The One-Handed Axes “Bloodletter War-Axe” and “Argossean War-Axe” are described in their item description as great war-axes. The term “Great Axe” refers however to Two-Handed Axes in game. This applies to both versions, normal and epic.

The description for other one-handed axes is correct (no mention of “great”). 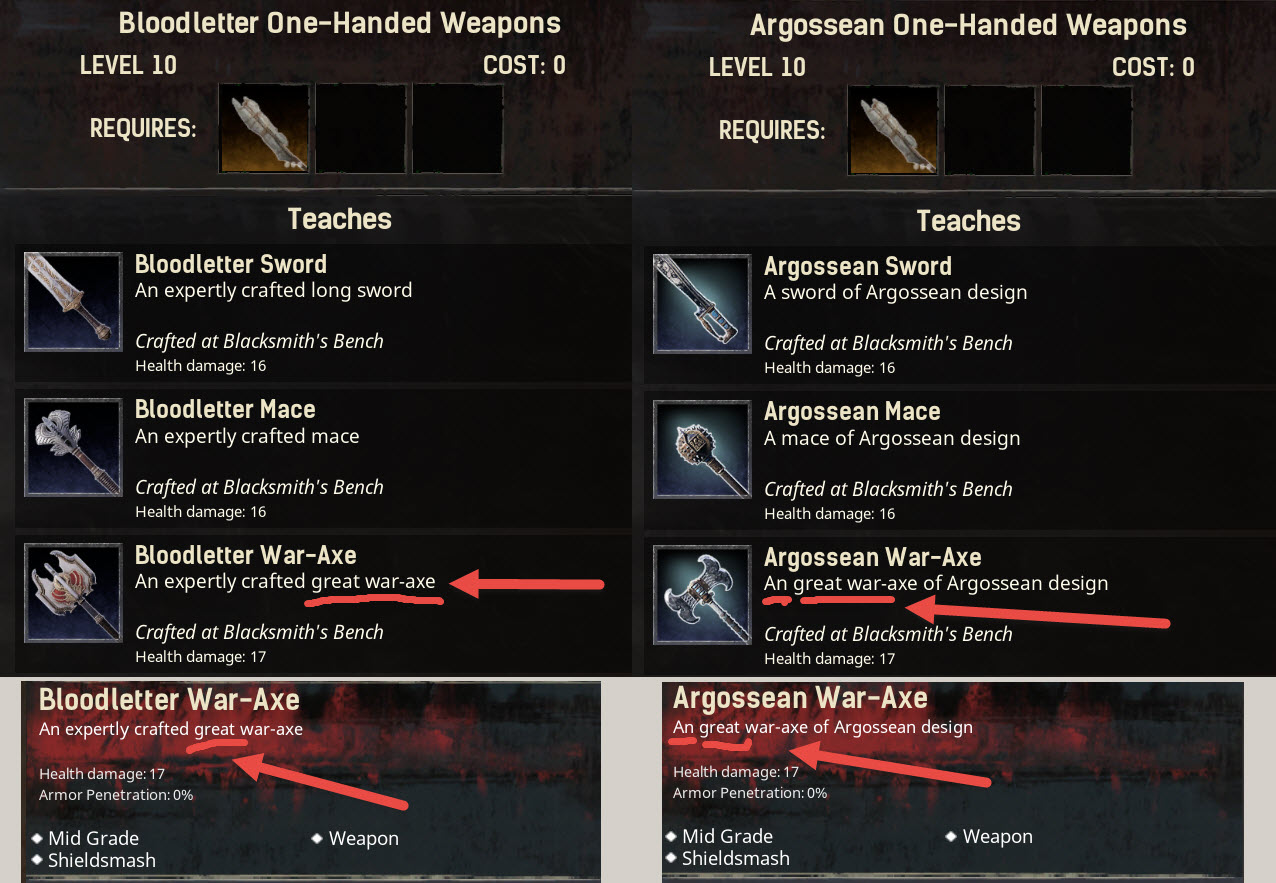 Along similar lines, some of the armors have an incorrect description. Vanir heavy armor set lists Star Metal in the description, but it costs normal Steel to craft. There may be others, but I remember that one without loading the game to check.
PC Soloplay

Epic version along with the shemit require star metal

Guess their QA department needs to step up their game lol.

That’s fine, but the first time I ever reached the level to craft vanir, I didn’t buy that feat because of the description. I hadn’t reached the level of star metal yet, so I didn’t buy the perk. But I had been farming steel for quite a while, and it was some time later that I bought the perk - only to discover I could have made that armor much sooner.

Thanks for the observation. We’ve relayed it to the team so they can look into it.