Does anyone know what happened to Official Server #3000? I’ve been playing on that server for weeks, have hundreds of hours into it and when I go to load the server now it’s not showing on the list. I’m confused, was it removed or something?

Can anyone help me with this?

There are a couple of these fake official servers, a few examples (there are more of them): 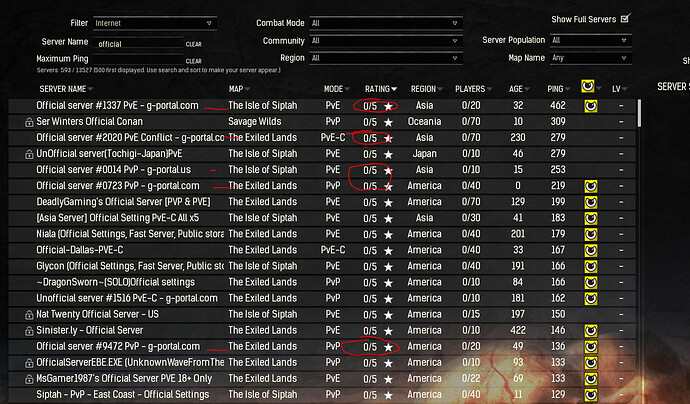 You will notice that their rating is not official but 0/5 which indicates that they are private servers and not official Funcom servers.

Im not a “new player” i’ve been playing conan since it released years ago. I know how to search for official servers. It literally disappeared.

If you are 100% sure that it was an official server, submit a ticket to ZenDesk:

Thanks for the info Narelle, I’ll go ahead and try submitting a ticket. I’m like 99% sure it was a true official server and so are my clanmates, and we’ve been playing Conan for years on official servers. There’s definitely a possibility we got bamboozled though.