Olva of the lashes - is she a good taskmaster?

I’ve just caught this beauty so I wanted to know if she’s useful. Says she’s an overseer which I have no clue what this means. Thanks in advance for the help😊

Oh, she’ll definitely be useful - she’s a named taskmaster (which means tier 4), so she’ll speed up thrall taming times on a wheel better than anything other than a purge taskmaster (only obtained through a purge). The difference between the two taskmaster specialisations (overseer and driver) is in the truncheons (and maybe bindings) that they can make in a torturer’s workbench. An overseer adds the most to durability, while a driver adds the most to the knockout damage. (But an overseer will still add more KO damage than a tier 3 taskmaster).

Checkout the wiki for more details 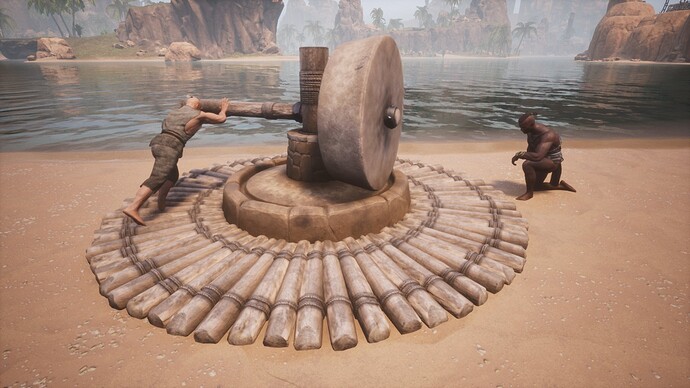 So not super useful as I only use lovetaps and bindings of the dead for taming. I might just place her on a wheel of pain near Lians watch. Thank you for the quick response