Me and my brother have built Whiterun and Riverwood both to scale. We have left the houses that are in the Skyrim game open for people to build a house in a skyrim appearance. It is to keep your best gear safe from enemy attacks. We currently have 13 houses or lots open for people to live in either Whiterun(Forest region) or Riverwood(Desert river region). The houses you can decorate, add doors, chest, so it acts as your own house that only you can use, but safe in the admins cities. We will continue to build other cities from the game around the map. It is currently a pvp server but I may go pve-c to more mimic Skyrim the game. The server is on 24/7. As I know I’m the only server on ps4 that’s Skyrim focused, and we know how to build properly. Trust me. Message me if your interested. It’s an American server but I’ve had EU, Aus people join with little problems or none.

That is cool idea spent alot of time in Skyrim ps4 and ps3. However how do you manage to let people use buildings if they are not in your clan?

My plan is to remove the housing having rights so the person can build in the spot we have planned. Once their done building and decorating(we will provide materials and furniture) we turn back on people having there own structures but the house they made will still only be theirs but in the safe city.

No problem, I’ll get on and send pictures. Were not fully done yet still a bit to do. We plan on making more citys and towns to fill up the world. As of now only 1 or 2 people have played on the server but not since were doing skyrim theme?

I would like to visit your server some day and see what it looks like . My wife and I have had ours since a month or so after the game came out. Looking forward to Sipath coming out for the building materials. sestus2009 is my psn handle. 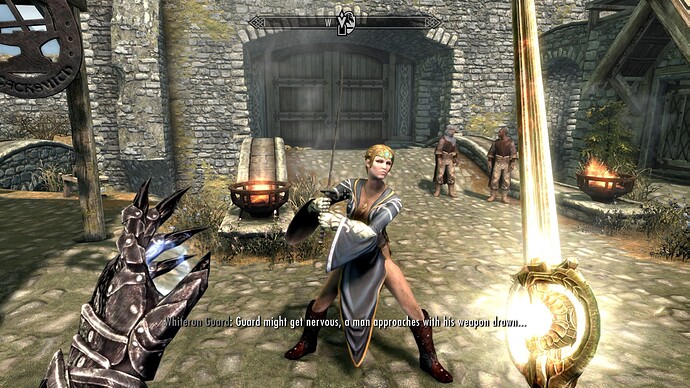 I’m interested. Do you alot of ppl on your server? Psn efc860