Yesterday I was replacing some sandstone floors with Arena floors. And i am not able to rotate them like it was before one of the last updates. Also new for me is that I get the replaced element back to my inventory. That is nice but not that I am unable to rotate.

Is that a wanted behaviour or will it be changed back in future?

I searched the forum but dont found anything about this. Also I don’t think it’s a bug that has to be reported if its wanted so I placed it in general discussion.

BTW is this on all platforms? (for me on ps4)

Sometimes, the rotation gets stuck. Switch to a different piece or walk away and return and try again.

Exactly what I do. Leaving or switching spots and placing it in the desired spot again fixes the rotation.

Ah OK intrie this already. Its on all my already placed pieces. And also when I place a new one I can only replace it the same direction.
I will give it a try in singleplaye offline later

My dear @ConanBoDk, my apologies for the delay. Yes you are right but believe me what you ask is something that you do not really want.
Before I start if I am not mistaken @Pixelcave has an old video explaining how to build correctly from sandstone so you won’t deal problems later.
So you have to be a little more careful how to place your sandstone foundations and all your building route will be piece of cake later.
Now I will explain you why we do not want to have the rotation system when replacing. Before this, the walls were rotating on replacement and it was very annoying, now you just place them safely without wondering if the replacement is kinder surprise

. Believe me it was very difficult before, especially using different dlcs that you had to learn every single ghost of the wall before replace.
Ofcurce you had a way to replace back then by putting a door frame in the wall and then again the wall before you see your whole wall line come down and roof pieces

. Yet all this work around is not necessary anymore, so I am grateful things are this way now, my life is way easier now when I build.

Thank you. I thought it was an intentional change and not a bug.

I knew this problems with replacing and switching to wrong direction. I think it must came with the last update. I rember my anger about how many times I had to replace a piece again because its not that direction I wanted and lost hundreds of pieces while doing this. I was happy to see that we get them back now.

But now I need to destroy some prototype floor pieces with wrong direction to place vaulted arena ceilings. That’s much more work to do for me now

but I am fine with it… just wanted to know if its intentional or it will be possible again in future so I could wait with the replacing.
Thank you stelagel, this was exactly the information I was searching for!

We reported it, but i think funcom needs a video. This made me not be able to switch material to t3 because that would have ruined my build further up.

I had rooftiles, with foundation pieces on top, and when i wanted the vaulted combined wall + roof tile they wouldnt snap the correct way, so the wall piece would be outside and not on the inside.

I noticed this myself. Placing the new nemedian vaulted ceiling (single) only wants to go the opposite way of what i need. Probably because the rooftile in bluprint have the front facing the wrong way. This is terrible, needs a fix ASAP.

Here I have a problem because I need to remove it. If l remove it, I can not place it anymore because of the animal pen. 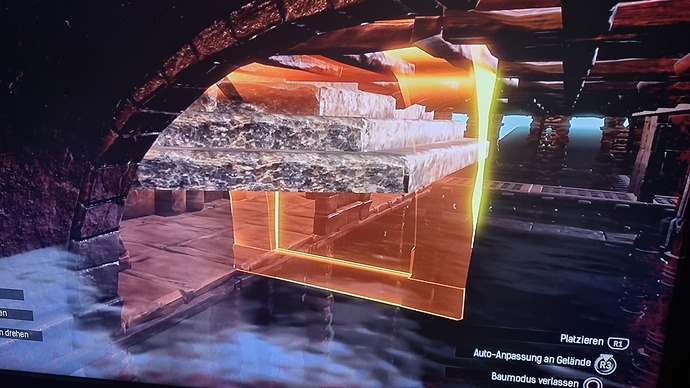 If I remove the animal pen, than I need to remove all above it

this will not happen 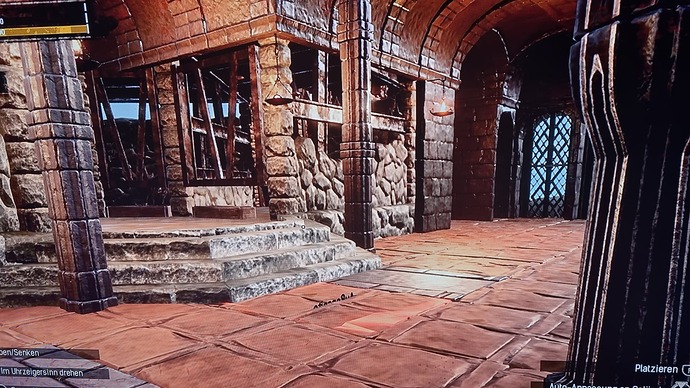 I don’t realy care about downstairs where the water is so I will do it with normal arena floor pieces instead of the vaulted one. 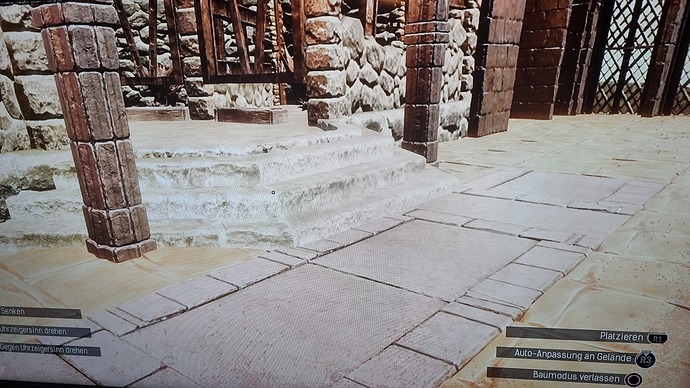 Just popping by to say that is an amazing job you’ve done with the animal pen. Love the architecture!

Thx. It was realy hard work to place it the correctly

… Oh realy I don’t want to do it again only for the wrong directed pieces.

If I finish this base I will share it here at the share your shelter thread. It’s on official and I am not sure if I’m good with the new rules. But at the moment I think so. We will see what happen and how long I need to replace the ugly sandstone. 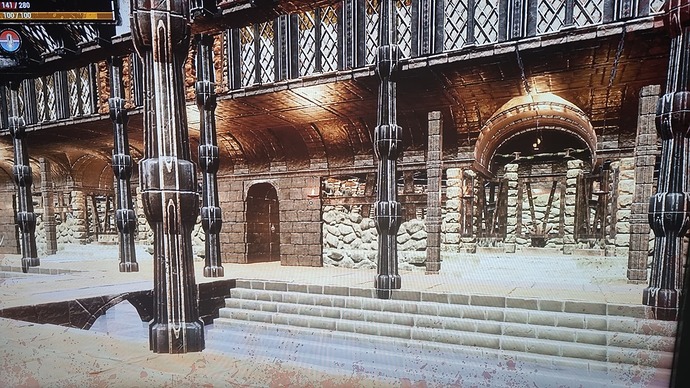 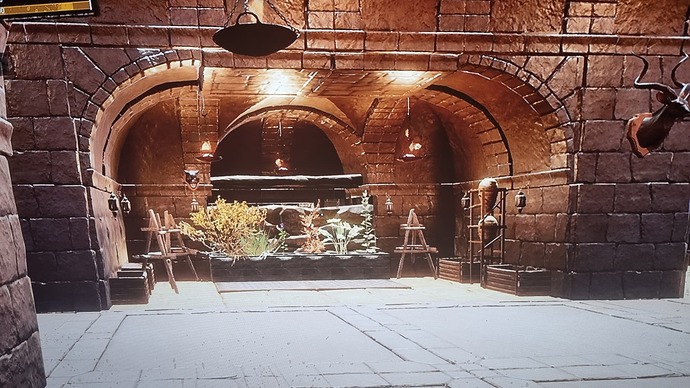 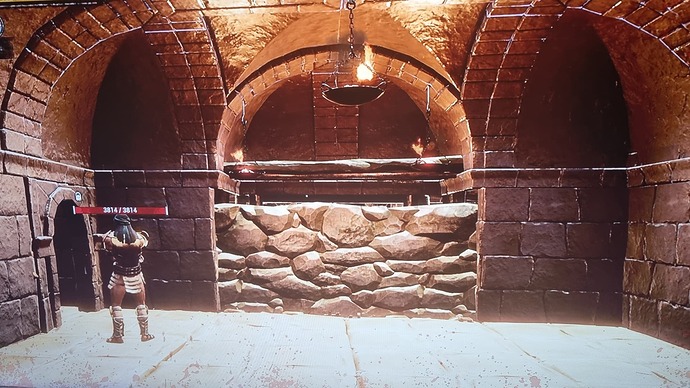 That is really nice, man. A+ work. When I get the chance, I’ll have to upload some of my screenshots of my castle on Xbox before it got wiped by a hostile clan. It wasn’t finished, and I don’t have many shots, but it too was built on official PVP, and you can almost catch a glimpse of what could have been

I have learned a trick on the building videos at the launcher, first you put the vaulted ceiling in the position you want, then replace it with a sand stone, put your placeables and stuff around, then replace the sandstone for the vaulted and it will be placed on the same position it was before the sandstone. In your case i could not find a way to not remove the pen. Try other pieces or try to place sandstone door frames around, it may help.

I do have to apologize, I had read this wrong first time. I know now because the same thing is happening with me haha. There seems to be no way of rotating or switching sides when one is replacing a piece. My guess would be that it can only be put in the same exact positioning of the piece which was there before.

.
Nice work by the way

When I read your tip about the hatch frame I thought why didn’t I think of it. Unfortunately that doesn’t work anymore. But I know that it work some time ago and I used it. 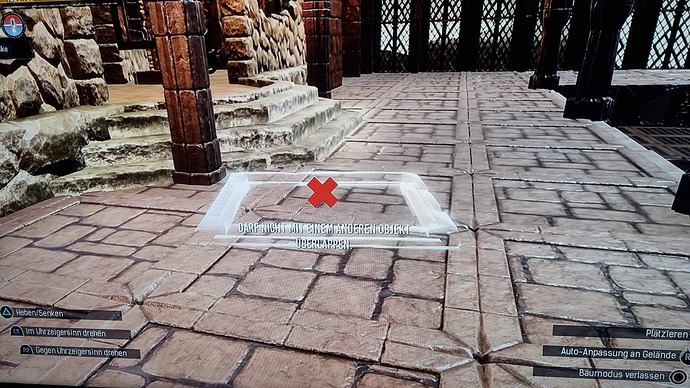 But anyway if you know this not rotatebale behaviour than you can deal with it. So I am a little bit smarter in future projects. But I am also sure that there will be that one piece that I’ll overlook and still get annoyed

While on the topic of Hatch Frames, why oh why can’t we replace ceiling tiles with hatch frames or vice versa? Drives me nuts