I recently started a solo game with custom settings and I’m wondering if I did something wrong. There is a distinct lack of mobs on Siptah. There are areas that are normally teaming with critters that are completely barren. And where there are some roaming mobs they’re fewer in number than on a normal or official server. Also, I’ve run all over the usual spawn points looking for horses or rhinos and can’t find a single one. There are also several camps that are empty or have a couple mobs but the elite mobs that can be found on-line are missing. The whole island just feels empty.

Did I click the wrong button somewhere when I did the custom settings? Surely this isn’t what’s intended for a solo game.

I had similar problems last time I was on Siptah in singleplayer (PC) - when 2.4 came out several spawns vanished, and when 2.5 came out some of them came back and others went away. I don’t think you’ve got anything wrong in the settings (though I could be mistaken), I think there’s some bugs with enemy spawning in singleplayer right now. (There also appear to be some missing spawns in the Exiled Lands, but it’s hard to be sure since I’m playing modded right now, which could be causing some of the issues I’m encountering - but wouldn’t explain what you’re seeing.)

Overall yes. I also noticed that there’s an issue with pathing and NPCs getting stuck in the mesh. One example would be the south east I-9 tower. Jailor (the taskmaster) commonly gets stuck under that POI and I have to admin delete them to have them respawn back on top of the POI. In several other places it’s not uncommon to find mobs in walls or under the floor. 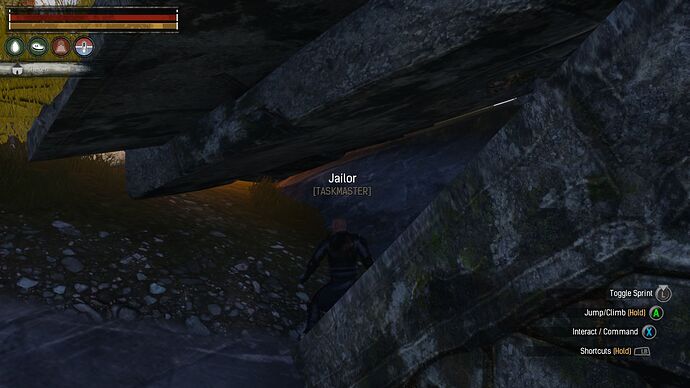