The Guild Hall Project (Recruit for your Guild)

Since we have no sub forum, I thought at least we could do a bit ourselves. Let’s start simple and post for your guild, if you are actively recruiting.

Include name, focus (pve,pvp,rp, social, raiding, etc), main language, city and/or battlekeep/building- in short, basic info as seen in global/nph ads. And who to contact for invitation.

Please, please don’t spam personal attacks, QQ, and troll behavior here (make your own thread). Let’s try to add to the community in a positive way.

Our focus is RP. However, because many of our rprs pvp their RP we also need to be pvprs.

We do the most sieges on AoC and in guild minis/pvp events to that end. We are looking for 5 more pvprs w range to make our sieges more competitive.

We speak all languages and play 24/7. Our peak is European hours with 40 people online. During US times we drop to 30ish. We support mixed levels and help new players with lower tier raiding. We had 600 different toons log on this week.

We have a many cities all t3 to support rp faction wars. Several are renown 20. We have a few bks ( t3) and just traded Gardak for Oakenhome as the Black Lotus Rebellion returned to Stygia to dethrone Prince Ptah as he rises to become the first Prince of the new Stygian Empire.

Our pve is progressing to t5. We dont watch YouTube and have never done t5. Yak doesnt seem to hard so far but we havent yet defeated it.

RP guild reformed from the remains of Red Lotus to act as a hub/platform for players interested in all aspects of RP.

Our only requirement is a good or decent English, other than that it is in a way a free for all guild. By this I mean the guild is not any noble house, mercenary band or race focused guild, but just a guild for the players to come together and try to engage in RP.

Because of the dwindling numbers of roleplayers, and some have a hard time finding a suitable guild, I decided to go with this idea. Rivalries between the characters are allowed and even encouraged as long as it doesn’t spread into OOC drama. Those who have roleplayed here for long time, know exactly how big of an issue this has been sometimes.

Contact Valatid in game for more info or invitation.

PS. Thanks Jarafin for the topic!

EDIT: Wayyyy too many typos.

New social guild looking to grow with true friendly players and slackers. All levels welcomed, no voice comm, play as you like with people that will acknowledge you.

Let’s be different, let’s be and build a community, a true guild.

As we grow, we can do groups together or with allies and beyond.

Tell in game or look for recruiting message
*Edits are updating officer roster.

The Reborn
(name is subject to change in the future)

Well, another one of those new guilds you may think and maybe it is so.
I was in the game on launchday 2008 and just like so many others I left it soon thereafter. But before I left I managed two decently populated guilds and I really enjoyed the game.

So if you feel like starting from scratch, creating something, becoming something… Then give a poke and I can give more info and thoughts ingame. I am mostly on my character Dehogan

What makes us unique : one of the last standing rp guilds. As a stygian cultural force we try to be provocative but members are particularly mild and soft mannered.

Discord is encouraged but not required. 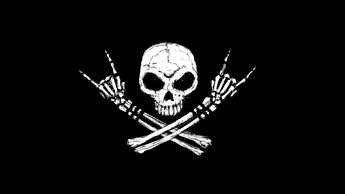 Complete T3 City & Battlekeep for your buffs (great for unconquered).

People say we’re different than other guilds because we really do help and support our leveling and unconquered members. By teaming with veteran players you will have a great time gathering the skills and tactics to master endgame content.

If you would like to know more about Skull & Bones, you may message me here Forum, on Discord, or contact an officer in game; Starboi, Yiarasin, Exlarsol, or Nathany.

Thank you for considering Skull & Bones!

Do any of these guilds raid/group during prime time EST hours?

Skull & Bones has active members in all time zones.