Who lives in your base? - Show us your favorite NPCs 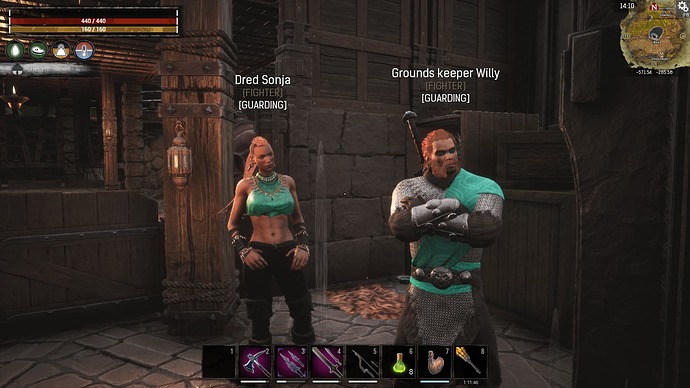 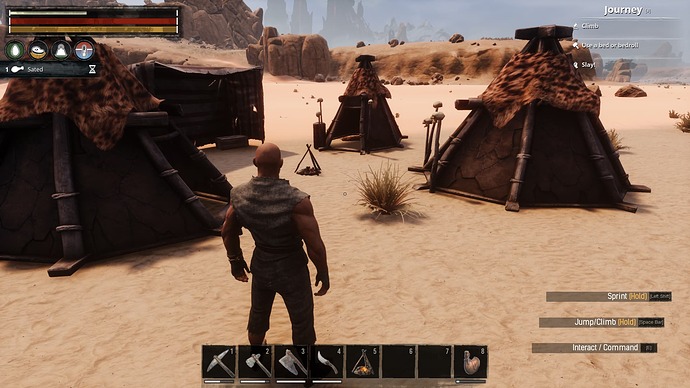 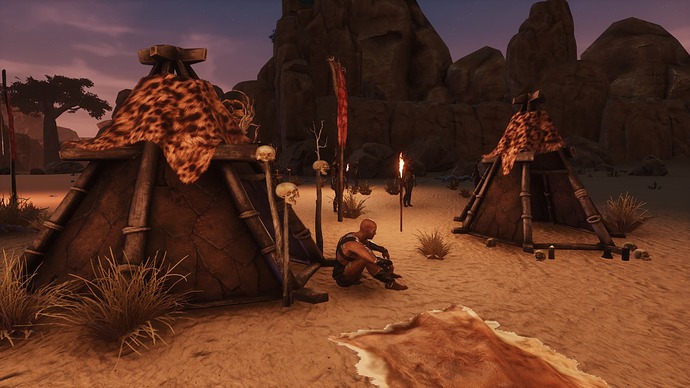 Hanging out with my Darfari buddies who made their camp in my base. lol

@KorgFoehammer
It would be really nice if we had these tents in the vanilla game. They could work as spawning points, like beds.

On another server I live with all of the US Presidents and bunch of early American heroes. 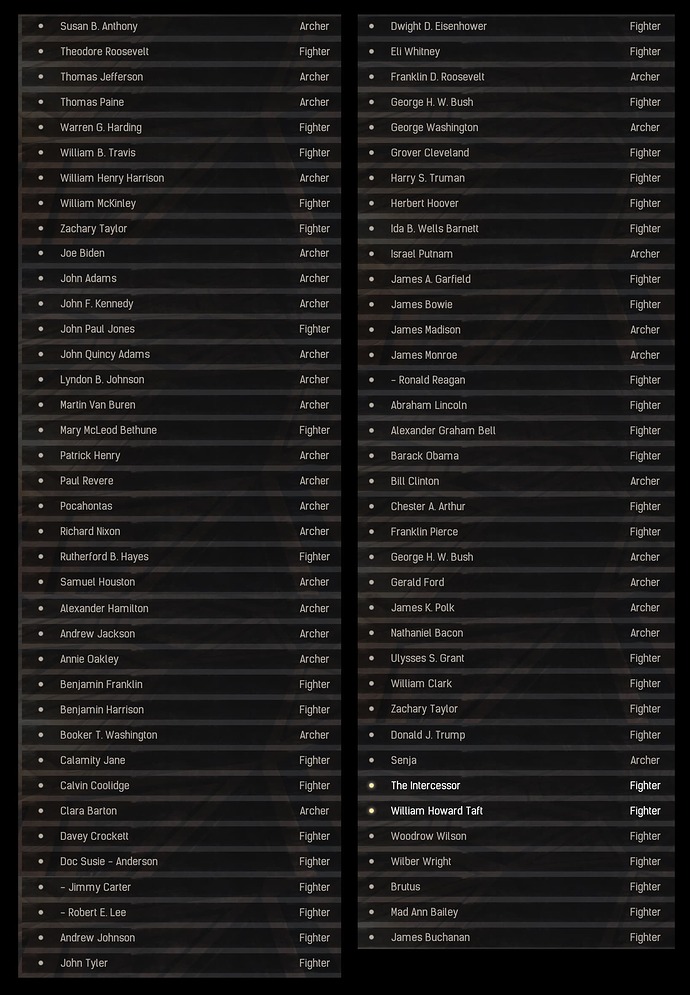 I dont really know why we dont have more Darfari themed things. 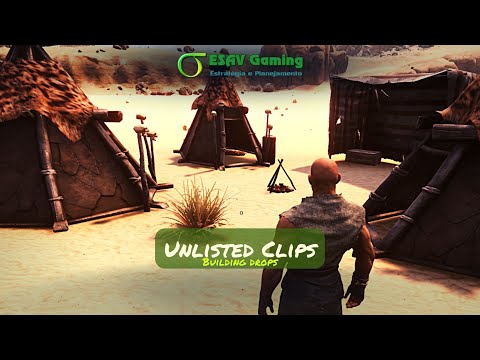 Watching the base for a while in speed up view.

Decided to move the base to the forest, to an island to further develop the base.
But it was good to put the wheel close to the port, as the “newer arrivals” would need some “entertainment” on arrival. 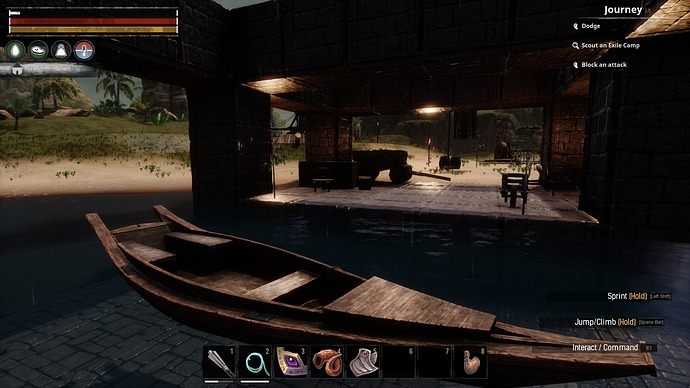 While the ones who already were living there in the desert are slowly being placed, still some need relocation. 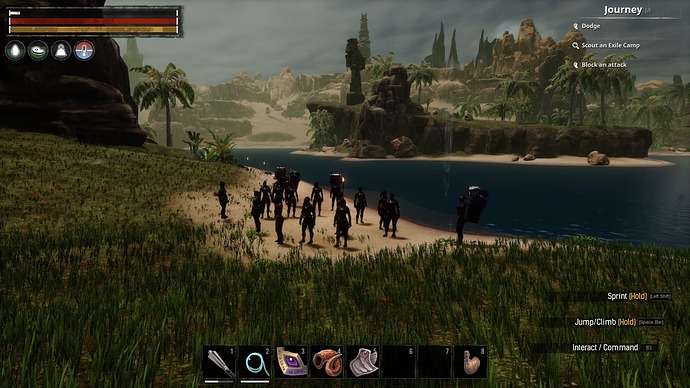 So I finally started my journey on the Isle of Siptah. My character’s backstory is that she’s an adventuring archaeologist from the 1980s who tripped an ancient magical trap and got transported into the Hyborian Age.

Since archaeology students come and go, and expedition assistants have an irritating habit of dying in various embarrassing ways, the professor cannot bother to remember people’s names unless they prove themselves to be worth remembering, instead calling everyone Bruce or Sheila. So my current list of followers looks like this: 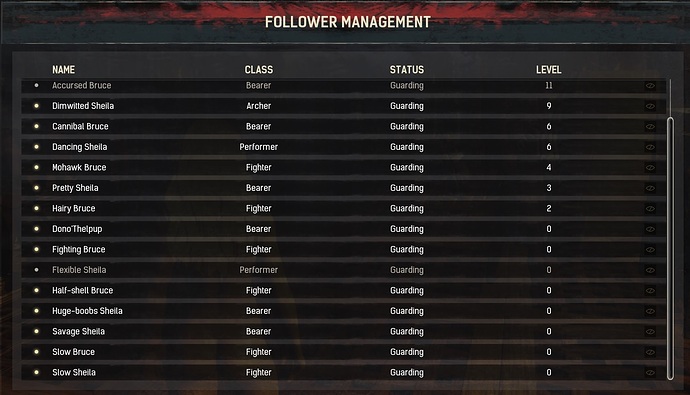 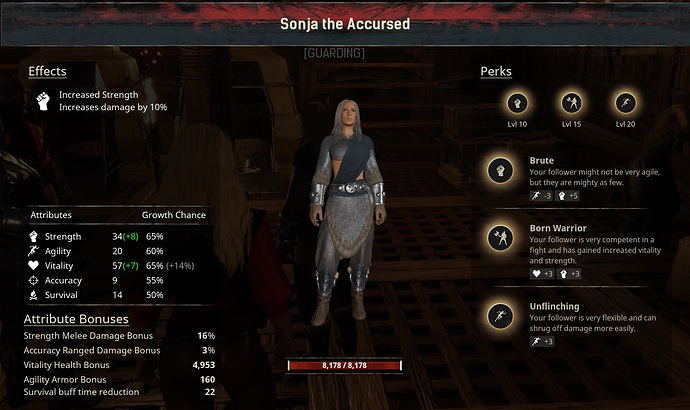 sonja1511×899 284 KB
She deserves a proper name (especially since she came with one). One of the luckier ones when it comes to stat increases and perks. Definitely not as “accursed” as my Berserker, who got crappy stat increases and -STR perks.
2 Likes
stelagel June 18, 2022, 6:39pm #32

I searched, yet I need some time until I find beautiful memories of this game, so for now I will share my new belongings. The npcs are from a south surge and fill the base I share with @Marcospt on 8006 official Siptah. I decided to demonstrate these npcs for 2 reasons.
1st their rarity. Summoning tier 4 surges is not easy and nothing makes it certain that you’ll get them in each tier 4 surge. Other than that these npcs spawn only in these surges and apparently only in Siptah so the word rarity is valid.
2nd a wish come true.
In exile lands relic hunters, Teimos, volcano npcs and Cimmerians are “the strong” npcs. Which was for me unfair. Darfari warriors are “low” compared with others on strength which makes sense for the game walk through on exile lands but not in a logical thought. Strength has no origin and no identity. All the races have strong arms and bodies no matter what. So Siptah is balancing this unfair logic exile lands carry for logical again reasons. I wish there was a way to find this darfari warrior in exile lands.
So…
I proudly present here my most favorite fighter after Tugra for sentimental reasons ofcurce…
Arkhu the mad 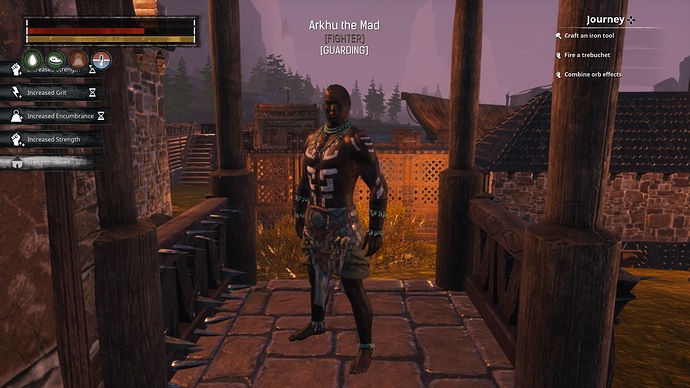 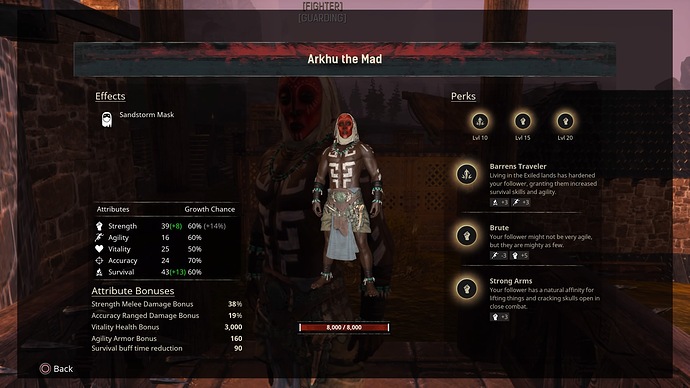 My second favorite npc comes from the same tribe. I am in love with the games kitchen, ofcurce in this server my kitchen is not as big as I want kitchen to be, yet it is very practical. I am looking forward in another server to finally fix the kitchen as I love it to be, the past days @Talyna uploaded a kitchen with dining table inside and other beautiful decorations which was very beautiful but in my kitchen furnace must exist and alchemy benches because they are very related to the cooking process. Other than that the best looking bench n this game is the trade alchemist bench and it gives me sadness that crafting is so expensive in this bench.
Enough with this however, I happily present you my most sexy and vicious cook ever…
Munches-on-noses 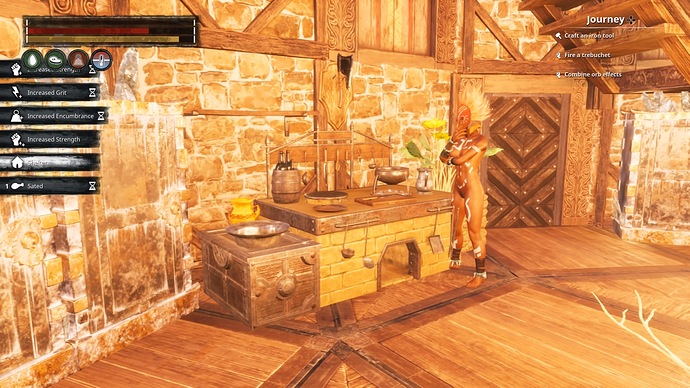 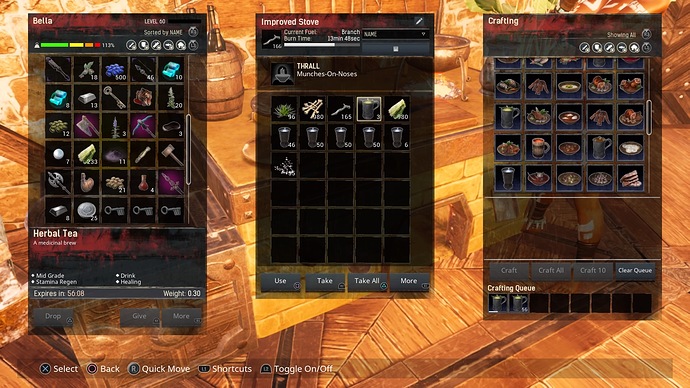 .
Once again I will thank @Marcospt because he triggered again my interest for Siptah which has so much more to give me yet.

If only it had some Obelisks, right @stelagel ! 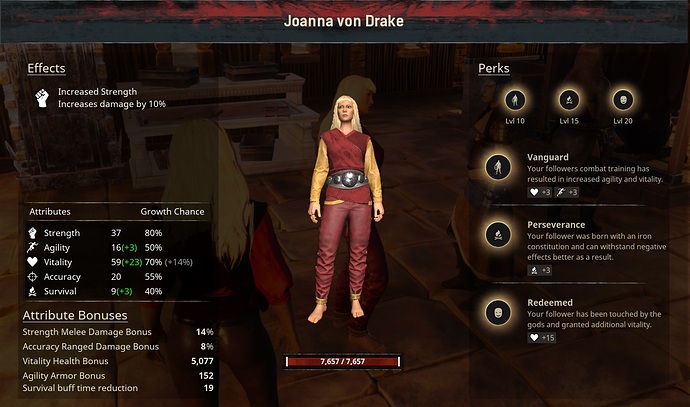 joanna1515×895 297 KB
Joanna is a linguist who helps my adventuring archaeologist main character decipher the ancient writings in the ruins of the Isle of Siptah. She also happens to be a ninja so can double as a bodyguard when necessary, and an ancient relic she carries protects against the corruptive effect of some places.

(In game terms, she’s actually Lianeele, reskinned with the Fashionist mod. Because I already have a Lianeele and don’t want to have duplicates of the same named character. She, too, got pretty lucky with stat increase rolls, especially towards the end.)

I didn’t even smelled Lianeele this time around, let alone having her with such a fantastic roll! And I’ve been searching her in her usual spawns for ages… 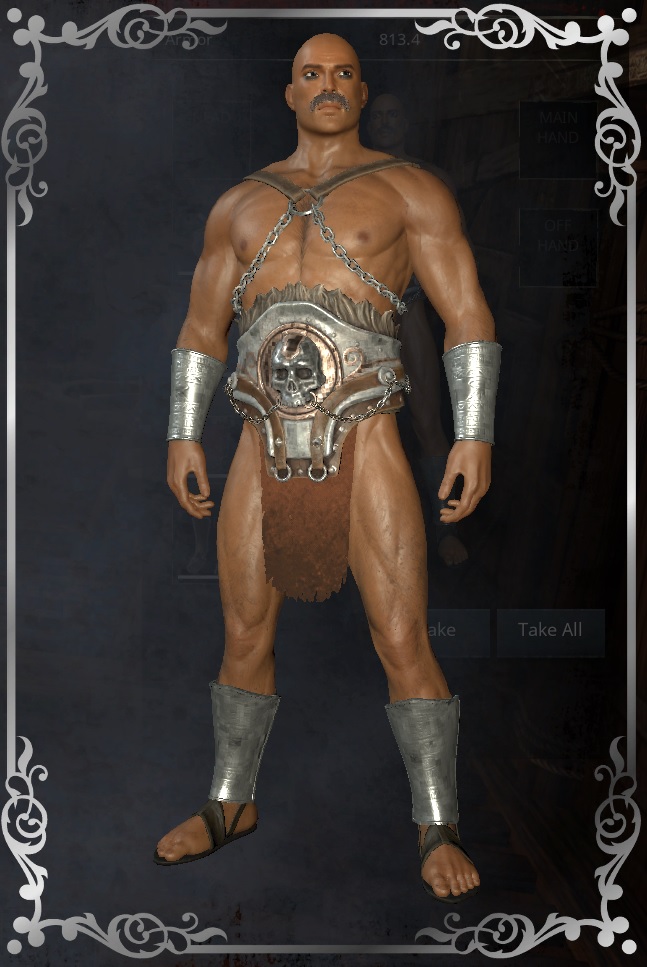 Vladislav the Rough Lover (Accursed Berserker). Moustache courtesy of the wonderful Fashionist mod, otherwise exactly as lovely-looking as I wanted, straight out of the wheel.

Not even artisan thralls ?

Btw, who lives in my base … one too many thralls.
You know when you have too many when you walk in to this kind of scene: