A cage or something to store captive thralls

So once we drag a thrall back home allow us to put them in to a cage doing so would allow us to either sell them to npc/players or put them in to the wheel of pain when a slot has freed up or just for sheer humiliation of the thrall a crucifix would be great too with the upcoming AoS update.

It would be really nice to have some “cage” stylized storage especially for thralls, with animation of captive thralls like in wheel of pain

Good idea. FC isn’t big on character animation so I doubt that part will fly but it would be nice to have a place to hold them if the wheel is full or something.

I really dig this

Nice, it would be great, i have a place ready for them. 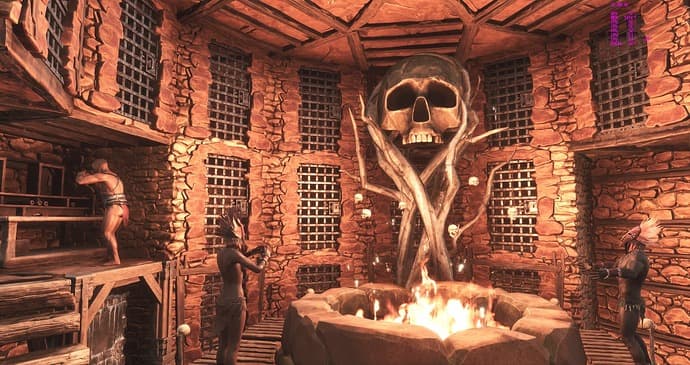 I like the idea. I don’t like having to always build a jail or prison that takes up more space. Being able to sell them is a great idea.

Well I can see soul factories getting established if we were able to store knocked out NPC’s.

In terms of immersion, I also think cages should be the only way thralls can be stored (I mean seriously, stuffing them in boxes/cupboards/vaults indefinitely?)