Anyone seen this thing?

What in the blue blazes is this guy?

(I was doing some searching through the spawn list to try to answer a question - this guy wasn’t what I was looking for, but certainly seems interesting…) 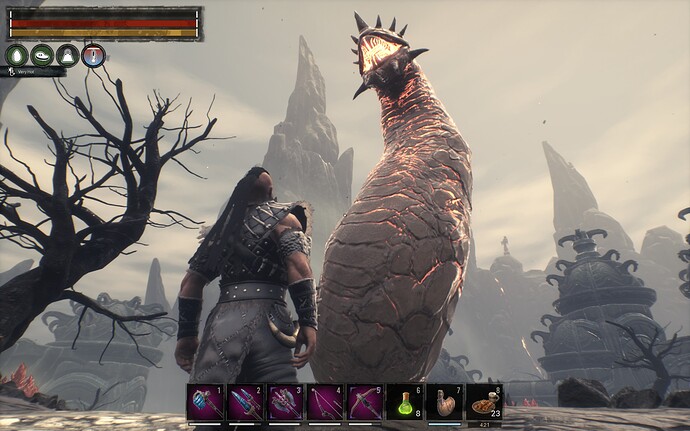 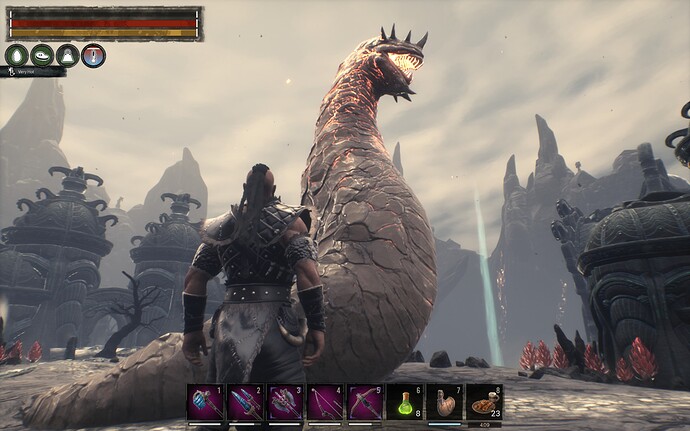 I’ve seen the little ones but helllllllllll yeah tremors the movie has arrived…, location please

Sorry, spawn list only - I didn’t find him in the world - just when I was searching through the list for something else (he shows up in the list as Wildlife_LavaWorm). I hope that means he might be added to the map at some point. Imagine walking around the volcano and this thing just pops up out o some random lava

Nice find DanQuixote! Not a very friendly looking fella is he. To me he looks kind of like a lava dwelling variant of the Abyssmal Remnant.

Looks like the abyssal remnant reskinned. Hopefully not as glitchy.

How hard was he to kill - or were you all godded up? I bet he needs to be hit with something that has really high AP. There’s a sword I came across today that has 100% AP but you get one swing for all your stamina so killing something with a lot of HP would be time consuming…

Sure, he would make for a nice addition. A new monster for us to slay.

To digress just a little, another mob in the spawn list I hope will make it into the game someday is the Mummy of the Ring. Funcom please finish him and implement him into the game.

How hard was he to kill - or were you all godded up?

This was just in admin mode - because I was looking for something else. But it was actually killed by a couple of the normal volcano folks - I punched it a couple of times, seems like a one skull. My guess would be its stats are unfinished though - like Croms and rigultru said, it seems to currently be a re-skin of the abysmal remnant.

To digress just a little, another mob in the spawn list I hope will make it into the game someday is the Mummy of the Ring. Funcom please finish him and implement him into the game.

(He was actually another random that I spawned in when I was going through the list - sadly, no Serpent Ring to be harvested…) I would really like to see him implemented (if only so we can finish the ‘journey’…)

I see you’ve met my ex

when I harvested him I got abysmal flesh

Yeah there is some small version of that one in pick in volcano somewhere and also give flesh but a replacement for the abysmal remanent would be really nice and would make since as they did say that they wanted to revisit all dungeons in the future to revamp them so people would have a reason to revisit them over and over so maybe that’s part of 3.0 maybe

There were romours it will be implemented in game, but stayed in the admin panel. (Looking at you Mummy of the Ring!!!)

Yeah, this enemy has been in the game for a very long time. That doesn’t necessarily mean it won’t eventually be added at some point, but don’t hold your breath for it.

Are you talking about the Emissary of Abhoth? I think it’s more of a variant of the Sunken City parasites than the lava worm. 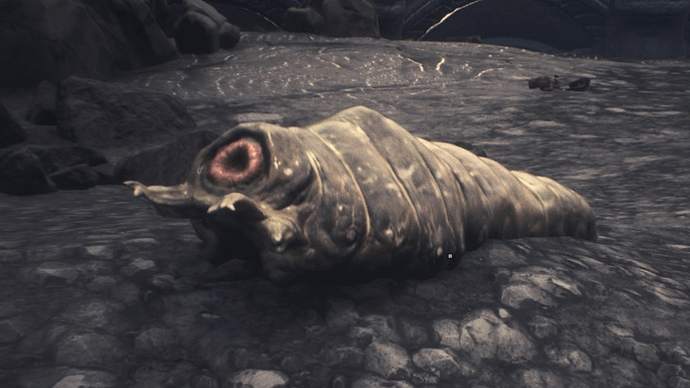 Ah, so that’s what he’s called! That’s what I was originally looking for to answer a question that led me to find the lava worm in the first place. I never stood a chance of finding that name, lol. (I eventually just kept going back to the volcano until he spawned so I could test what I needed to - for anyone interested, he can be picked up, just like the Dagon dungeon versions.)

You can pick them up?! I never even thought of trying. Just assumed not. Do they become a pet? Like the baby turtles or something?

Also, I’d love the Lava Worm to be added. It’d be an interesting fight with him being in lava. But he should be a much stronger enemy than Abyssal Remnant. Though he shouldn’t drop the Staff of the Triumverate. The staff tells you he was thrown in the sewer. Wouldn’t make sense for him to be in the volcano.

REALLY?? I always killed it for ichor and abysmal flesh.
So I guess it will grow up to locust spawns, just like the little ones in the dungeon?

Holy crap! I’ve never run into one of those yet. I need to spend more time at the volcano.

Have you guys seen this? I stumbled across this battle of titans last night. It’s some kind of stone giant, a mammoth and a black yeti. Poor goats…

EDIT: This is on an official pvp server btw 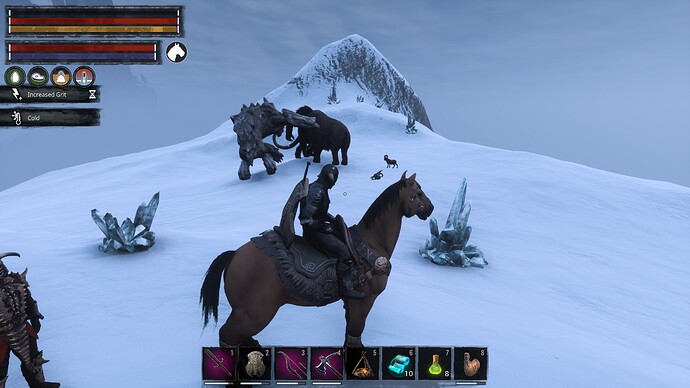 There’s one about two or two and a half times as tall near the “Circle of Swords”. He even has a name - but I’ll leave that for you to discover! It’s a good fight though!