Bar purge does not work, respaw alchemist t4 does not exist in the game

Good afternoon
Official Server # 1976 PVE
Region: South America
I am playing at 377 hours, and I did not witness a hecatomb, and I play every day. I am looking for an alchemist in all areas but without success, the only one I have never seen in the game. The game allows constructions near npc, mainly in the volcano, where the npc respaw and the pet of the constructions automatically kill the npc …
game is very good but please give special attention to broken respaw and hecatomb.
My hecatomb bar loads, but the next day soon again and it slows or even zeroes.
Sorry for my english, I’m using google translator.

Yeah T4 alchemists are very hard to find. The only one I’ve ever found was Sayd Secretkeeper, and that was only because he used to be a guaranteed spawn in the volcano. This is no longer the case.

It would be great if I could get a T4 purge Alchemist, but after well over 1000 hours of play, on an official server, since V1.0 launch, I still haven’t. The purge system is totally borked right now, but even when it was kinda working, the purges really didn’t happen that often. Coupled with the fact that in all this time I’ve only ever seen 2, yes 2, purges with human NPCs. Of those I’ve only ever seen 1 T4 purge NPC, and that was an Archer, who was a guaranteed spawn at The Den anyway.

That’s a bad thing, one day they’ll arrange it, because everyone wants to be in the game.
Just two on the server playing have legendary, hecatombe npc, which they picked up when the game launched.

For what it’s worth, I think I saw improvements to the chance of getting Human purges just prior to the Purge system going up in flames. Quite possibly just random/anecdotal, however, since I don’t exactly have a large sample size: I got one Purge because I already had a Purge bar that was completely full, these days it’s virtually impossible for it to fill on official servers. But that Purge was human, whereas all prior ones had been gorillas.

Hardly conclusive, but makes me ever so slightly hopeful for whenever the Purge system is working again. To the point where I have optimistically made my guards’ color scheme depend on white and black dye (that I got in the Halloween event). Makes recovering the armor of anyone fallen paramount, which fits quite well with the survival aspect (hey it’s a sandbox, gotta make your own fun!).

if you want and named alchemy you now (november & december) needs to find 2 locations in cimmerian village and campfire ouside, look image attachment 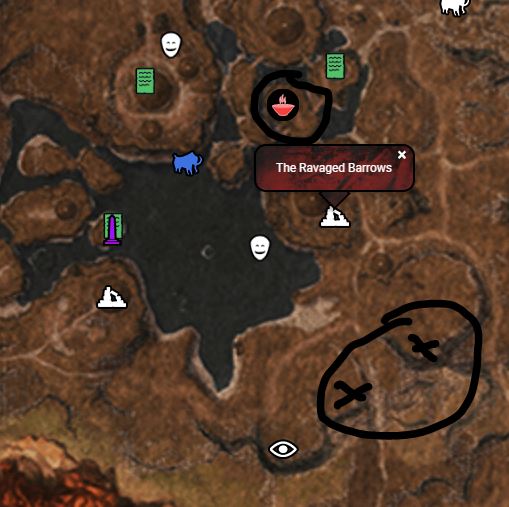 Good Morning
on the server I play, purge is working for anyone who is playing in clan, anyone who plays purge alone does not work, …
Thanks for the location, I’ll try capturing it.

the t4 alchemist spawns south east of the mounds at the campfire, where this guy has the black x’s
He does not spawn in the hut, or its a very very very low spawn rate.