Bazaar Prices are FINE! Im gonna gladly buy few skins to support game dev - You don't have to buy all at once!

DLC monetization model didn’t worked - they had to do something else and im gladly supporting it so they can put more resources into game and also create more skins etc.

As long as items from shop are not impacting gameplay (they are neccesary to enjoy game) thats completelly fine! AGAIN: Nobody is forcing you to buy all skins at once - buy and enjoy some and support devs then buy more if you will fill like it.

Treat it as supporting game developement and having some extra skins for that - having all skins from getgo is not neccesary to enjoy game.

The younger generation just has no sense at all. They are sheep, blindly following, never questioning.

Treat it as supporting game developement and having some extra skins for that - having all skins from getgo is not neccesary to enjoy game.

I would have supported them quite a lot if they had given us reasonable pricing.

Instead we got shenanigans and a pathetic cash grab. So no, I won’t be supporting them until they learn the error of their ways.

I would have been more than willing to spend $15 on everything in the Bazaar right now. Many others would have been as well. Instead they are trying to stiff us for $45 to get those items.

Yes, and this model isn’t going to work either. They are losing money because they are turning away their fans. And those of you who will pay, aren’t going to be enough to support it.

They don’t have millions of players like Fortnite, ESO, XIV. They can’t afford to piss off the fan base. They just haven’t learned that yet.

But the Bazaar is going to teach them.

Treat it as supporting game developement

Funcom is not a charity, they are a business. How businesses work is they make a product you want and you exchange a reasonable amount of money for that product.

I want the products they make, I bought all of the DLCs, but the prices in the bazaar are not reasonable value for my money. Not even close.

FunCom don’t need your charity. You’re not “supporting” anything. That’s hilarious. Did you think TenCent got involved because they felt sorry for the poor Norwegian developers? No, they bought in because they saw a cash cow they could milk the teats off. They saw a game with a big profit potential.
Reasonable or not is at best a matter of conjecture based on nothing but your own financial situation.

Personally I see a 5 item bazaar package priced (original price and not the widely illegal day-one discounted price) which, if I wanted to buy it means I’d have to buy a coin pack worth almost as much as two full DLCs with tons more items. In my opinion that is not reasonable pricing. Nor is it, as described by the Tencent sycophants in FunCom micro-transactions. These transactions are definitely on the macro scale. If anything about the bazaar, the revenue protecting building overhaul and battle-pass was “reasonable” we wouldn’t have heard so much placating bull and outright lies being spouted in dev streams. But of course that’s just my opinion.

Over there I blinked and missed ~100 posts

Not very long ago things listed on in game stores were set at a reasonable price with a great bargain at the sale price.

Then they got listed at unreasonable prices with a sale price that should be the regular price.

Now, looking at the bazaar, we’re clearly well into the third phase. Everything is listed at ridiculously high prices with unreasonable sale prices.

I’m all for supporting developers, but as other have stated, it’s a business, not a charity. We expect and deserve a proper return of value for the money spent. If a product is priced too high relative to it’s value, no money will be spent. It’s that simple.

Yeap. I’ve got a couple hours in the game, and I’m ok with it to support the devs in creating more content. I’d rather do this than see the game stagnate.

I was shocked at the prices. I won’t be parting with my money

That wouldn’t surprise me in the slightest.

What happens when you sell out your company to a known company that’s greedy as all h***.

Everyone knows how awful Tencent is.

That reminded me of this hand rubbing scene

Treat it as supporting game developement

I was supporting them before and was prepared to continue doing so within the bounds of reason. They have overstepped those bounds in my case.

Also, this talk about “supporting” them has gradually shifted away from rational towards emotional. When I was buying DLCs, I was giving them money in exchange for content and with the understanding that the money I paid was not only covering the cost of producing that content, but also generating revenue necessary to cover the cost of producing future updates and upcoming content.

That’s what “supporting” is supposed to mean, I believe, but it seems like people are starting to use this term in the sense of “support your local football team”.

having all skins from getgo is not neccesary to enjoy game.

Thank you for telling me how I should enjoy the game. That’s really helpful. 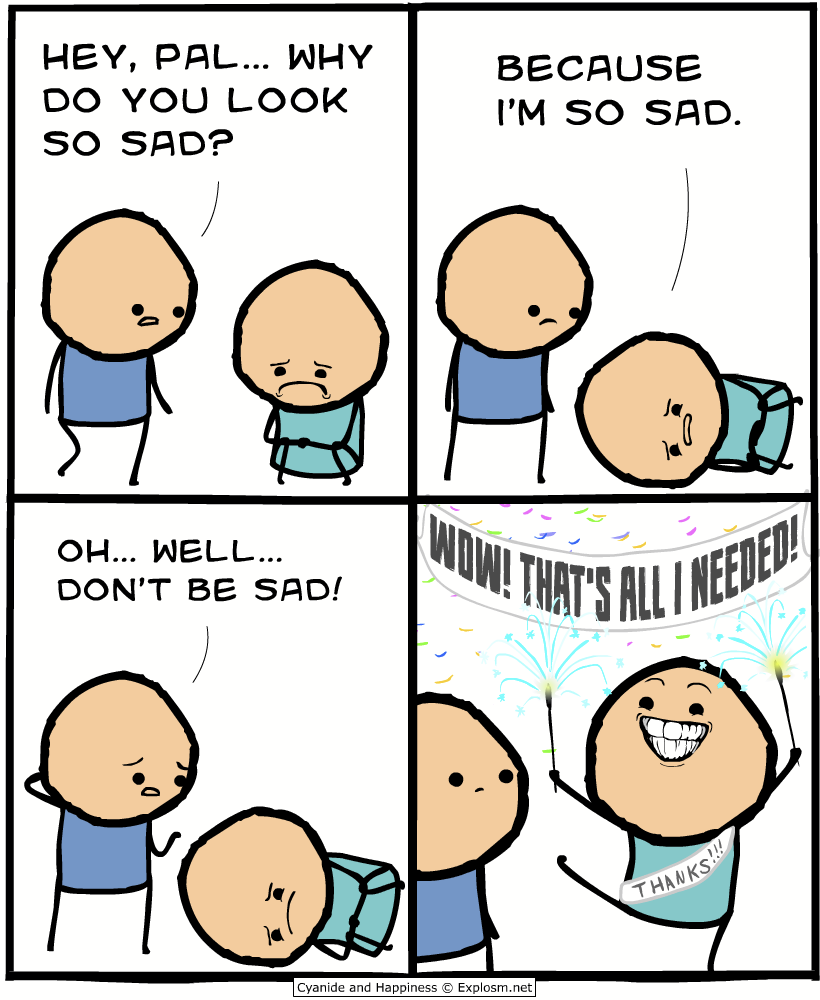 In case I’m still not getting through: many of us who are complaining about this change are doing so precisely because Funcom allowed us to enjoy the game in a specific way and now they’re taking that away. Dismissing our grievances because you don’t share them and telling us we should just change how we think is disrespectful.

EDIT: Please do not abuse the flagging mechanism to hide posts you disagree with. This post was not against any of the forum guidelines.

The battlepass and cash shop isn’t supporting them with current prices of both coins and items in the store.

It’s a money grab. Funcom is whale hunting and they’re getting a lot of whales

You may be right it may be actually money grab - but its hard to tell right now, we can wait and see if game is actually improving / getting more developement.

All game development is a money grab. Thats the point of going into business. To make money.

But there are shades to this.

There are the quality games that are very much worth the price paid. Horizon Zero Dawn is a perfect example, with some of the best bow gameplay I have seen in any game.

Then you have the not-so quality games. The mobile games. That employ Battle Passes, and underhanded practices like Crom coins, where you’re always pushed into spending more and buying more, due to how they price it.

Whatever the case may be, it shouldn’t be normalized. When game companies come out with horrible practices like this, you don’t simply say “oh they need the revenue, so it’s okay.”

It’s not okay. If Funcom wants more money, they need to step up their development skills and actually deliver a product that will earn them that revenue.

I remember when they talked about no paid expansions for Conan. That got blown away with Siptah.

But keep making excuses that this is normal and acceptable.

Keep right on until they make it a subscription-based game to play online, whether it’s official or private. And there are no more free updates, only paid ones.

Then sit back and go…wow I never saw this coming. How could they do that?

Because people keep rolling over and taking it like good little simps.

I know I’m not a simp. I’m not rolling over and just letting it happen because I’m a simp.

I think them employing a battle pass is fine, because if I don’t want it I just won’t use it. There is no other conan sandbox game out there. So I have to make the judgement call on if I want to participate or not. My answer is yes - because I get a **** ton of entertainment from the game and play with my friends and we all have a blast.

This other stuff to me is nothing more than virtue signaling and being angry because you guys don’t like the concept of battle pass, so you are trying to turn this into an emotional moral quandry and drawing the line in the sand that if you don’t stand on your side, that that is immoral and wrong and people that are not on your side are simps and just rolling over.

For video games… It is normal and enough people find it to be acceptable where its a successful business model.

Its fine to hate the model. If you hate the model, don’t participate and don’t play. I know I don’t particpate and play games I don’t enjoy. Madden is an example - I love football and played Madden for close to 20+ years but I stopped the last five years because the pc port overs are nothing more than $60 roster updates with nothing added. So I don’t spend the money. I don’t rage on their steam or their social media about it… I simply don’t bother with it anymore.

And there are legions of people raging on their social media about it for years with zero results. I don’t find it useful to scream at a wall personally which is why I don’t do it. I realize that people think if they get enough people to rage at something that things will change, but really having worked in business and game development for 30 years (next summer) I know that no one really cares about your raging. They care about what the black numbers look like on the balance sheet. If they dip then they adjust (or in Tencent’s case cut and run). If they are meeting goals, they will continue. Your rage will have exactly zero impact on that.

I also am immune to those trying to call me out as a “simp” or a “bigot” or whatever neat moral red button auto-wins people use today to make their argument seem morally superior.

The bottom line is that people will still participate in battle pass, and still buy things in bazaar, and why they do that has exactly zero to do with you or anyone that has a problem with that, and anyone’s opinion about how its weak or immoral or simping or wrong has the exact same effect as screaming at a wall.

The bottom line is that people have been raging against battle pass style things since I’d say 2014 or so and how they shouldn’t be the norm … yet they’ve been for years and years.

The whole argument to me that its a subscription based game is so not even remotely true because you don’t need the battle pass nor the bazaar to continue to play and the sorcery update is free.

Most of the people on my server have been playing pretty much non stop since the 3.0 update dropped and have paid a grand total of $0 to enjoy the update. Because you don’t need the battlepass nor the bazaar to participate. Its all cosmetics.

Why do you think the DLC model didn’t work? Who told you that?

The 100+ Dollars worth of DLC easily paid the few guys who work on Conan, as well as the part of the company that works on other projects and the shareholders.

CE was a financial success. Even without 3.0.