Bow Damage is not being Properly added together

So the Server that I have been playing has updated to 3.0 and has removed mods which caused some problems but we only had shina’s mod. Have noticed that although I have max agility and have a gear set that increases agility weapon’s damage (skelos Master set).
Using Huntress bow with 28 damage and star metal Arrows which are suppose to increase damage by another 20. Skelos master set adds another 40 percent.
So 48 damage before adding bonuses from agility and armor. I think its 1 agility point is equal to 3 damage for agility weapons. So 108 damage plus the 40 percent damage from items would make it have a total damage of 151.2 damage with the bow without factoring in perks but my total damage with the bow is currently sitting at 67 damage. And the stats it shows are 28 from weapon, 28 from agility and 11 from items. so bow damage is less then Half of what it should be and other agility weapons do not seem to be having this problem. It doesn’t even look like the arrows are added into damage in the current equation. Anyone else running into this problem? not entirely certain about the agility damage buff but just going off of what other agility weapon damage are getting in that stat. have screen shots but new account so cant post images it seems. 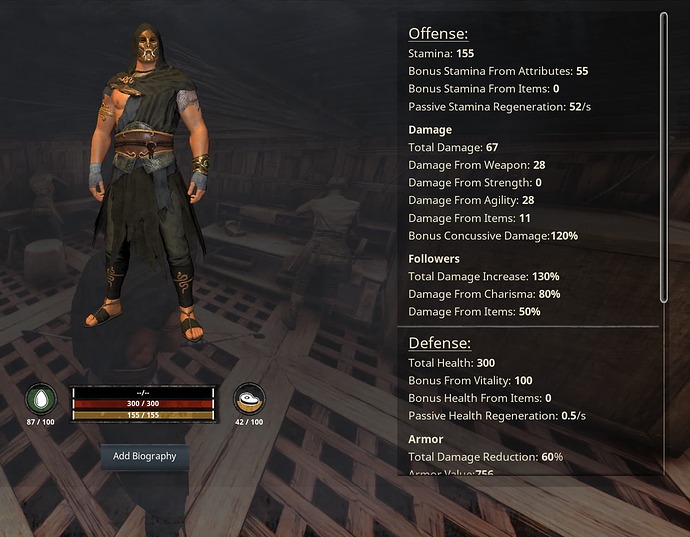