Today, Funcom revealed a trailer for their new, upcoming Occult Defence scenario set in Stonehenge. I was among several players given access to a closed beta of this scenario to provide feedback and bug reports. As part of this initiative, I recorded an ample amount of video footage, most of which I have long since deleted, as visual support to aid Funcom in improving this new scenario. It occurred to me, however, that players would be interested to see an extended exhibition of what is to come later this month, and, from what videos I still had, I selected two that I believe give a fine preview of what we are to expect.

Each video is a full-length wave intended for those with gear that exceeds the 1,000 Item Power required for Elite 10. The first video shows Wave 23, equivalent to Elite 12; the second video shows Wave 26, equivalent to Elite 13. For test purposes, I was supplied with gear equal to the maximum Item Power possible in the game intended for Elite 15 and beyond (but without the help of Agents or any museum progression).

Please note that, since I played with a non-finalized build, this footage may not be an entirely accurate representation of the new scenario mode when it goes live to the public. If you have any questions pertaining to Occult Defence, feel free to ask.

So how does beginning and end work? Pick the tier you want to start at, get loot per tier completed when you decide to end it? Or is it like FF14’s waves game where you have to start at tier 1 or the most recent you finished?

I got up onto a vantage point to show you the best view: 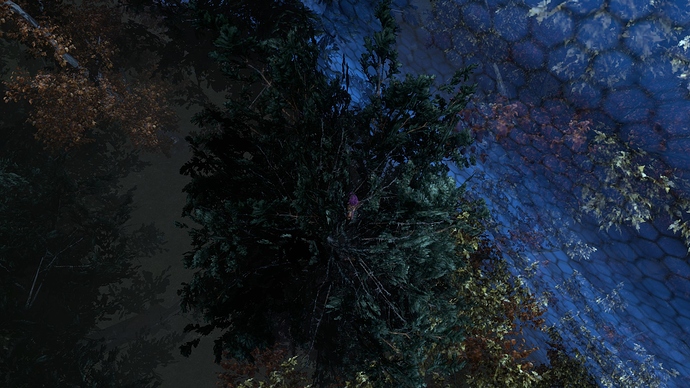 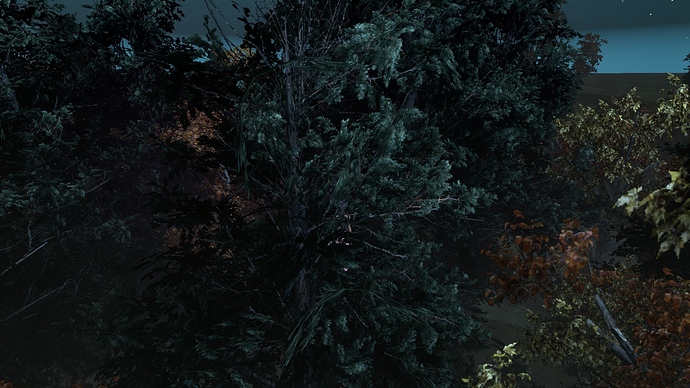 Did I do more? Maybe?

So how does beginning and end work? Pick the tier you want to start at, get loot per tier completed when you decide to end it? Or is it like FF14’s waves game where you have to start at tier 1 or the most recent you finished?

From the scenario selection screen, there are 15 tiers each comprising two waves. All players begin with Wave 1 and unlock new tiers every two waves until Wave 28 is completed. Once a given tier is unlocked, you can restart from the first wave of this tier from this point onward. A scenario can be started with a partner at any tier as long as both players have unlocked the tier beforehand.

At the end of each wave, you’ll be asked whether you want to proceed to the next wave or stop to collect your rewards. Loot scales based on the wave you had completed and how many subsequent waves you had finished in succession. Failure to complete a wave after having completed at least one wave prior still gives you rewards, but I’m not privy to the details on what kind of bonus is rewarded for consecutive successes or whether there’s any penalty applied for failing a scenario instead of stopping after a wave completion.

It looks quite challenging and fun !

I did not understand at what pace the mobs spawn, is there a fixed timing on spanws ? Becouse it looks like they pile up quite a bit by the end so it is not like they spawn when you kill one.

Also are there always the 2 fireballs succubi after the last boss ?

Slow mobs have really a ton of HP, even more then bosses, and they seem to hit like trucks …

Each scenario wave consists of 10 - 12 random waves of mobs that tend to spawn every 16 seconds, except for the first wave, which is nine seconds after the timer begins counting down. Once the timer expires, the boss spawns and all remaining enemies on the field must be defeated before you can continue to the next wave. There seem to be six events in each scenario wave, and regular mobs may spawn alongside some of them.

Three to four of these events consist of Mutator mobs that spawn with various mutations, such as Acidic, Behemoth, Strange Attractor, et al. The remaining two to three events, and new to Occult Defence, are Specials that require tactical re-evaluation. One of these five Specials include the succubus, who periodically flings a mortar that leaves a pool of fire at your location that will afflict you with a stack of Burning for every second you stand in it, dealing ever more damage over time the greater number of stacks that are allowed to accumulate. Another Special is a swarm of mobs with large reserves of health, but, as a counterbalance to this threat, you’re given 48 seconds to defeat them before the next wave starts.

I may be mistaken with the following particular details, but, as far as I know, starting with Wave 9 (Elite 5), certain conditions in the scenario become more extreme, and yet again starting with Wave 19 (Elite 10), such as Mutators carrying more mutations and new special events being introduced as potential triggers. It’s possible there are other scaling factors integrated with these waves as well as Wave 29 (Elite 15) and beyond.

did they really use the awful announcer as in the trailer ?

Yes, the voice-work for the announcer was finalized. Better get used to it.

He provides intel on special events that can make a difference in how you approach your current situation.

does the loot require a key, if so, which type and what is the loot composition in terms of glyph/weapon/talisman/signet shares ?

You must have a scenario key to unlock the chest. From what I had seen, loot is comparable to what you can earn in Seek and Preserve scenarios. You receive two glyph distillates, a signet distillate, and either a weapon or talisman distillate, along with a glyph reward bag and Anima Shards. But I must reiterate that I don’t know what kind of bonuses you receive for completing waves in succession, nor do I know how distillate XP scales beyond the Elite 10 tier.

Hopefully none? If loot isn’t based only on the highest wave you cleared, then people are going to feel compelled to start from level 1 every time to maximise the amount of xp.

Better get used to it.

Maybe it’s time to ask Funcom for some kind of persistent and intuitive visual information about current scenario events for the, uhm, hearing impaired people among us @AndyB

Scaling rewards for successive wave completions is an integral part of the design for Occult Defence–and the prime motivator for doing more than a couple of waves at a time. The highest tier you can queue for (once you unlock it) is Wave 29. Rewards continue to scale for all subsequent waves, but, no matter how far you had gotten in the past, the final starting point never changes. The drive to attempt just one more wave is an incentive for greater rewards at the cost of more time and the risk of getting nothing extra for it. Depending on how much time you have and what bonuses you can accrue, it probably won’t be worth starting from Wave 1 every time when it’s well within your ability to begin at a higher tier. Furthermore, since the integrity of the Hagstone can only be restored by a small portion every two waves, you may want to begin nearest to the point where the rewards for your time spent will be similar to what you’d earn for completing one Seek and Preserve scenario.

Maybe it’s time to ask Funcom for some kind of persistent and intuitive visual information about current scenario events for the, uhm, hearing impaired people among us @AndyB

Sorry, I didn’t mean to come across as insensitive. As much as I dislike the scenario announcers as well, I know it’s unlikely Funcom will change them. What more can we do but tolerate them? More visual indicators would be ideal for some players, I’m sure, and yet others might get overwhelmed by the visual clutter if there’s no option to disable them. Only Funcom could answer whether a special visual effects toggle is practicable. But there’s no doubt that the announcer is meant to serve a special purpose distinct from relaying intel to the player that visual markers cannot replicate. You’ll notice that the announcer doesn’t always give concrete information on what events are forthcoming. It’s up to the player to be attentive and learn what his cryptic announcements mean before one can know how to react properly. Markers distinguishable from those already present might undermine the obfuscation at work or further obscure the information on display, depending on how they are implemented. It would not be a simple task to rework to everyone’s satisfaction.

I notice a lot of glancing, does this mean that we’ll have to level up a second hit glyph to be successful in higher waves?

Thanks for sharing Ox!

Also is there any penalty to rewards if you vote to proceed to next level and fail it, compared to quitting in the voting phase?

As far as we know, the rewards are the same if you decide not to start the next level or start it and fail. You aren’t penalised for trying and failing.

The hagstone in the center of the henge has an hp bar which is damaged by mobs being inside the center circle. Once the hagstone’s hp is gone, the scenario ends.
The boss fight didn’t have any timer, so you can potentially take your time to fight it. The DPS check is being able to kill all of the spawned mobs before they kill you and return to the hagstone.