That’s what I wanted to say.
Additionally I never ever seen anywhere else in that area. Only on that cliff island.
If you teleport there and climb up, the wall and the chest will prevent them from g*ngbanging you, and no enemies will come behind you on the bridge from the other islands.

I find Dalinisa almost always in an unmarked camp in the west, with several wolves around, if she spawns at all.

oh true, this one: 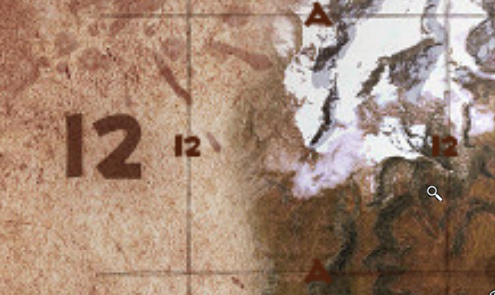 Yes, exactly. Sometimes you have to be faster than the wolves, one time I came to that place just in time to see her being killed by a wolf.

oh true, this one:

Damned I had completely forgotten about this little camp, maybe because it isn’t marked on the map

Tried camping it for some hours to see what spawned while watching some youtube vids in between, killed the wolfs as they respawned so they couldn’t kill the npc when he/she spawned, never got a Dalinsia, but did get a berserker one time, all others were T2/3 Cimmerian fighters

Yesterday I talked to another guy on the server who has a wheel outpost just outside the west entrance to Mound city, he saw her a few weeks ago walking towards his wheel, but sadly didn’t manage to get her before 2 wights killed her, so at least it is confirmed that she does spawn although very rarely

I had her captured in Mounds not long ago (once at the bearer/taskmaster spot and once as a patrolling fighter). However, atm we have a base close to the mounds and we often get a cimmerian berserkers purge, which has pretty much a guaranteed Dalinsia spawn (1-2 of them per purge).

I know I sound a bit desperate, but I’ve come to a point in my gameplay where I focus more on aesthetics than actual effectiveness, so I wanted a couple of really good female fighter followers with good chance of getting strength and vitality, tried with Relic Hunter Treasure Seeker fighters, but none of them came out with decent level chance, I set a goal for them to at least have 60% chance in both strength and vitality since they mostly get initial points in accuracy.
So after having almost filled a chest with RHTS female fighters I started placing them down one by one, but had to dismiss them all, maybe my goal with them was a bit too ambitious

I ruled Votarie fighters out since all T4 spawns are male, so that left me with Cimmerian fighters, but the few female berserkers I have gotten turned out to level very poorly considering how much they initially got, so I said goodbye to them around level 10-15… Yeah I am probably a bit picky expecting too much of this levelling system

Nice, keep the hard work. And when you finally reach your goals, Funcom will wipe your server or nerf all good thralls you got and leveled up.

Thats why i keep a storage of thralls. we get more t4 pops when we are grouped together, aka we move as a team.

Nope you doing exactly what i do. Except i dont get rid of them unless i need the slot.

They get relegated to defensive duties with a bow.

And when you finally reach your goals, Funcom will wipe your server

Would love to see the reference for that information.

Would love to see the reference for that information.

Hello @infoscat, we’ve reached out to G-Portal regarding this matter and will be sharing more information as soon as we get it, apologies for the situation.

Sorry if the words are not the same… But “Database Lost” is the same for “Wiped server” to me.

“Database Lost” is the same for “Wiped server”

Bad luck dude, I can appreciate that that sucks big time. Would make me mad, too.

Intended wiping is different to accident though, which is why I asked the question.

Intended wiping is different to accident though, which is why I asked the question.

Yes, it would make me mad too. Read the topic and you will see players asking about backups or any kind of security methods that would have prevented this kind of “accident”, but no anwsers.

Apologies to @Frillen that this has drifted away from the elusive beauty that is Ms Snowhunter.

I have read the topic. Not sure how much more Funcom could have done in those circumstances than their official response (linked to in that topic):

ENGLISH We just received word that several official Latin American PlayStation 4 servers have been wiped without the option to restore their databases. This happened due to a mistake on the part of the Latin American hosting provider. We consider this a serious and unfortunate situation and steps are being taken to ensure this does not happen again on these or any other servers. While it does not bring back your characters, your creations, or your lost time, we are adding 5x modifiers to all …

It sucks but the only thing they can do is learn from it, which they have indicated that they have.

You already have one (very popular) thread relating to how much you dislike the direction that the game is going in, is it really necessary to derail another?

is it really necessary to derail another?

I’m not derailing this thread, I just wrote an usefull alert (in my opinion). All the rest, I was just replying your questions.

how much you dislike the direction that the game is going

No way! I love this game! I don’t like how they deal with cheaters and anti-game players.