I play on PvE official, that means no mods.

Recently I’ve encountered some artisans that look different from their “normal” versions. For example, I’ve seen blacksmith Beri half-naked with vanir fur pants or smelters in light armor… On the screenshot, you can see the one I managed to obtain from another player who got it from looting: Talitha Goldfingers, dressed not like a blacksmith. She is half-naked with coarse leggings. 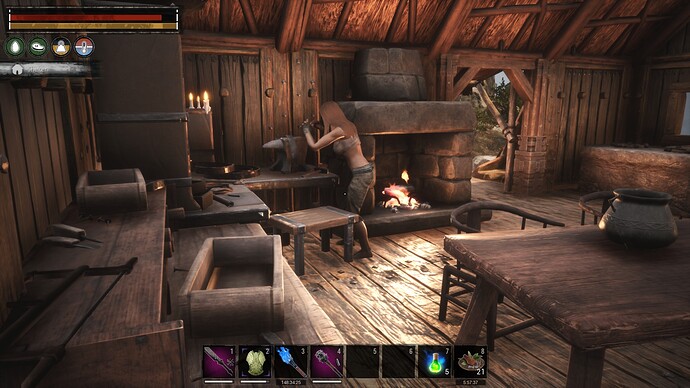 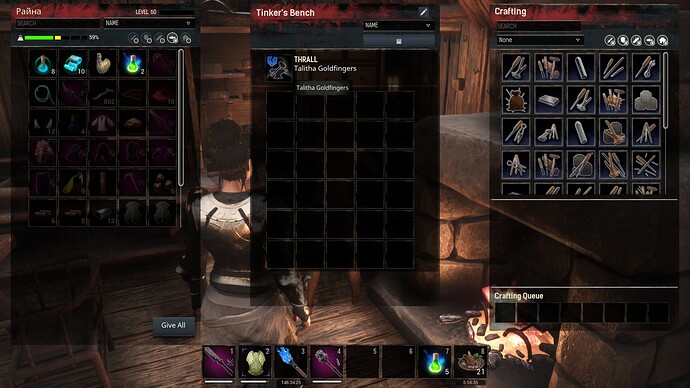 For modded servers I guess it’s normal, but for official… What are they? How to get those different thralls? They look so nice, especially vanir dressed ones, like Chieftains.

Those are the old school artisans, before CE changed them all to a generic frump. Some were topless, a rare few were even naked. They are still in the game, but you wont find them out in the world. Only in the possession of other players. Apparently the game wasn’t dull enough, so they put all of the artisans in cloth and aprons.

This is so sad

That means we have only the Chieftains, Asura chosen, Aesir and Darfari witchdoctor who currently look different

I have no idea why they did it, but as I said, apparently the game wasnt dull enough. Here are some pre-dull smelters. 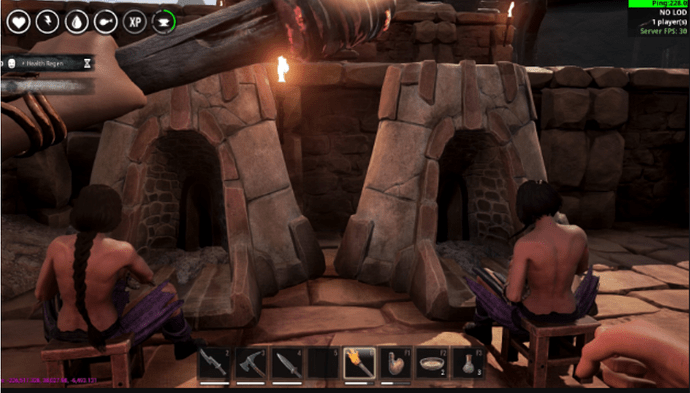 Ye, I’ve seen Daya smelter dressed like this… It would be great if all fractions had their own versions of dressed artisans 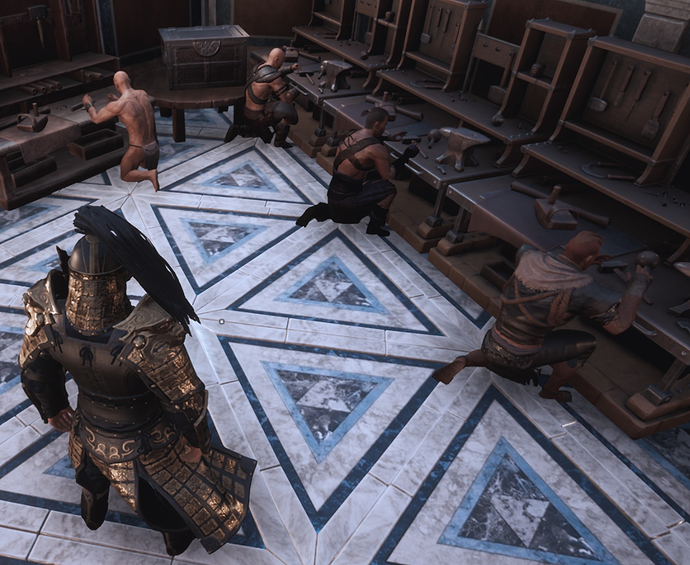 The reason for the change (and yes it’s dumb) is because murder hobos would swing their axes without looking at what they were hitting and complained that they were killing t4 crafters. Funcom then made all crafters “identifiable” at a distance causing a massive outrage on the forums which they promptly apologized for on a livestream and never bothered to change in spite of more people being against it than for it.

This. I’ve advocated for a changing station in the past where you dump in any thrall and it gives us a UI to change or remove their default gear.

@DelRioServerMaster , Any idea that would allow us to have this option is acceptable. I don’t care if i have to spend 100 fragments to change their outfits. The veteran pve players need reasons to play more, so no matter the cost i want this to be done, even in a form of dlc, to pay 10 or 20 Euro, i would gladly pay for it

The Emberlight mod has such a station. I use it often to cloth my crafters in the gear their race wears…

well, on Official servers we don’t have mods

I have old back up save I use for SP. I HATE… the alot of swear words go here Turbans and base outfit they got on…

I manage to get a t3 Darfari other day(cough month) nude on private server. Not sure what was up with him and why he went full naked after wheeling him. =/

On consoles? My dear friend on mods, but pc only, the game is super, but we need some awesomeness in consoles too