I’ve set up a dedicated server on my PC with the Conan Exiles Dedicated Server Launcher Official Version: 1.4.6 for myself and a friend (us 2 players only) and the enemies are extremely laggy for both of us. It’s extremely difficult to fight some of them because of this. I read a post about increasing the server bandwidth and client rate which I tried but couldn’t get working… I’m not sure if that’s the ultimate solution in my case or not. For reference both my PC and internet connection are pretty decent. Any help would be greatly appreciated.

These are my questions, where I am not an expert but i am sure others will ask the same questions.

4 mods. I have 64 GB RAM and the server and game are only using about 7GB together. All up my PC is using about 25% Memory and 35% CPU while everything is running.

There’s no way it could be related to the bandwidth? Or the tick rate even?

And apart from the virtual machine is there any other optimal way I could I have the server set up? I put it on the same SSD where Conan is installed. I have 2 SSDs and 1 HDD.

I also just realised I still have my old PC (4770K, 32GB RAM). Would I be better off altogether putting the server on that instead??

I set the server up on my old PC. Seems slightly better but still not perfect

Are you connected by ethernet or wifi?
What cpu do you have?
I have run a dedicated server on the system I play from for a while now. I even used to host a VM that my girlfriend streamed the game from in addition to the server and my client VM. We’ve never had any issues other than her being unable to stream steadily if she was on wifi.
Our server has always been more responsive than the officials I’ve played on, although we’ve only had a max of 3 people on at once.

(Edited to ask about cpu.)

The PC I was hosting the server and playing on has a 10700K, 64GB RAM, 3070, WD black and blue SSDS. I realised I still had my old PC though so I’ve now put the server on that instead. It has a 4770K, 32GB RAM, 1070, WD green SSD. I have been using WIFI for everything too, but now have the server PC connected through ethernet - that hasn’t made any difference though.

Nothing is written in green. Not really sure how to interpret this info 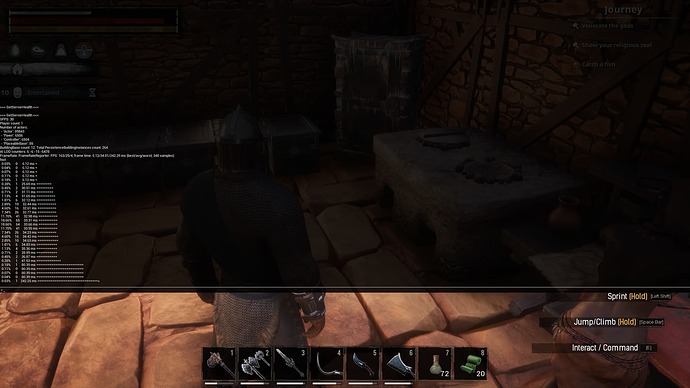 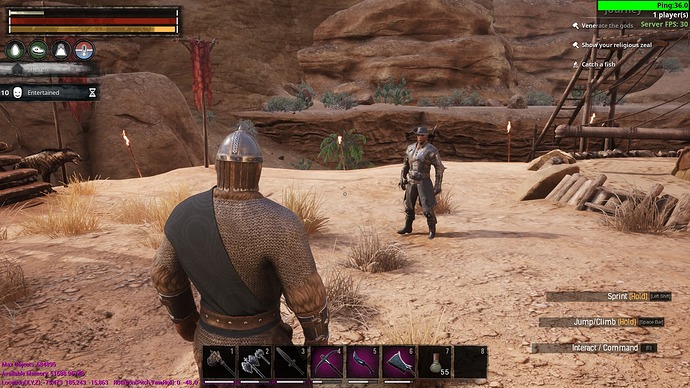 Still not sure how to interpret this lol