Foot-to-ground system works only for a few seconds

The foot-to-ground system works only for a few seconds, after a while the character stands partly in the air.

Note: There is a second bug that completely blocks the foot-to-ground system. I will present it when I collect more data. You can fix it by removing the bracelet (suicide), but the problem I am describing remains and the feet touch the ground for only a few seconds after the character stops.

Edit: I changed the last point of reproduce and added a note.

We’re aware of some issues with animation offsets and our team is looking into it.
Just in case there would be something that escapes us, could you provide a video or screenshot showcasing this visual issue if possible?
Thanks in advance.

I wrote back as soon I could 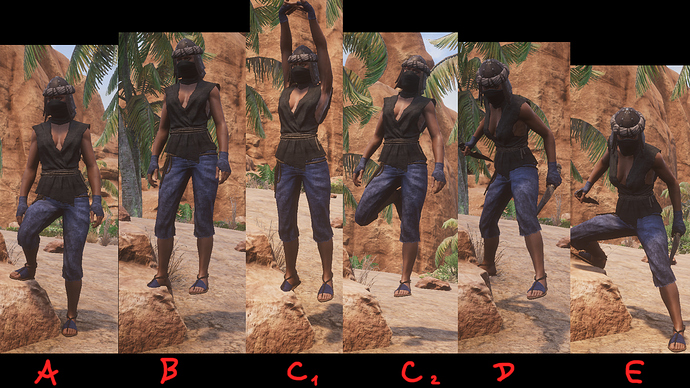 Note: The problem is not only in single-player but also on official servers.

Suggestion: The simplest solution seems to be adding a condition to the code:

If the problem is deeper, I can only keep my fingers crossed for you

Thanks for the additional information @fito. Sending it to our team.