Friendly fire on pets/thralls, cannot turn off only turn down

Pets/Thralls suddenly take damage when not in “Guard” state.
I almost brained my newly acquired Frost Giant Bodyguard without realizing it whilst killing tigers.
I’ve given it a few “tests”. You cannot damage pets/thralls when they’re in a “guard” state, however
you CAN damage them when they’re following you or set to be “Scouting”.

Also. I’ve tried turning it off, but theres no “Friendly Fire” button anywhere I can see, and I couldnt hurt my thralls/pets yesterday or even earlier today before the patch. I’ve turned down friendly fire to 0.1, but still. I can hit fairly hard, so I can easily take down 20% of their health, which isnt good when fighting in a cluster of enemies.

Did you set raid time on the server?

Raid time is the same as before the patch. I changed nothing.

As I said, before the patch it worked just fine, after the patch
I almost brained my new Ice Giant Bodyguard, killing (What i assume to be) a rare pet.

I’ve tried turning it off, but theres no “Friendly Fire” button anywhere I can see

As far as I know (and I’m definitely not an expert here), the only way to completely disable Friendly Fire is when setting up the server/Singleplayer game, you must go to the General tab of Server Settings and make sure that the Enable PvP option is unchecked. There’s probably a way to do this after a game has started by editing an .ini file, but I don’t know enough about that sort of thing.

So, you’re saying that since the update, it just turned it back on,
and now I have to go into the ini file to remove it?

Just checked, everything is off. So I doubt its that. I’ll try to force the server settings to have “FriendlyFireDamageMultiplier=0.00001”. But I have a feeling it’ll just reset when the game starts.

So, you’re saying that since the update, it just turned it back on,

No, what you describe in the OP sounds like a bug. I was only sharing my limited knowledge of the topic. Either the thralls can be damage by friendly fire or they can’t. As far as I know, there’s not supposed to be any difference between following or guarding in that respect.

Okay, I did check, and nothing works. I figured I’d try to change the friendly fire damage to 0.0001 but it cant go below 0.1 it seems.

I brained a few low level pets to check it out…

Hopefully the devs will fix it, because at this point I cant bring any of my pets anywhere since they’ll die almost instantly if both me AND bosses wail on them at the same time.

We have the same issue on our server. It’s PvE-C and before patch you were not able to damage any thralls that were set to “guard position” and “following”. After patch 41 I can kill my thralls set to “following”. There is no way to turn off the friendly fire now.

EDIT:
Probably related to this issue:

Why is my archer trying to kill my friends? PC Discussion

I think this is related to the thread here: https://forums.funcom.com/t/friendly-fire-on-pets-thralls-cannot-turn-off-only-turn-down/125127/10 The issue described seems to be from the same setting that has been bugged with patch 41.

I would like to add here that I tried this on an official PvE server and I can’t replicate it. Everything is as it was before and I can’t damage my own pets/thralls or do anyone else do any damage to my pets/thralls.
I loaded a single player PvE game and Got the same results, nothing changed.

This must be just for PvP and PvE-C settings only. Just adding my 2 cents on this issue, I hope it gets resolved soon, good luck to you all.

To the OP, what settings did you use? I’ll try them myself to see if I can replicate your issue. @Etarnak

nice patch
I can hit my thrall
my thrall attack another thrall of other players, which are in guard state. It will be nice during purge, when my thrall will kill each other with friendly damage.

Quick question since it seems most of you reporting this issue are playing in a private server. Do you have any mods installed? If so, which ones?
Thanks in advance.

I like smacking my slaves especially nowadays when they are stupider. They deserve it. They need to learn how to fight if they don’t want to be killed.

official server 1214 PVE-Conflict
no mods
I checked, it is possible to hit own thralls in pvp time

That has always been the case on official servers during pvp time. That is not the bug others are talking about.

I use mods. I removed any mods that had to do with Thralls/pets. Same result. Have my server somehow become pvp?
Other mods are armor mods and 1 mod that allows for level 250.

Also, I’ve only tested with animals(pets), not human thralls. I dont know if I can smack my human thralls around.

These are my mods: 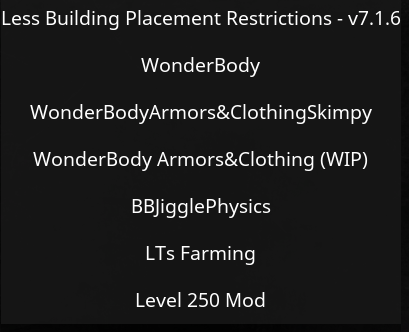 Human thralls can also be damaged when told to follow. 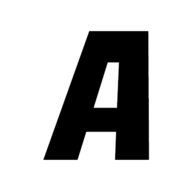 I played in pve-c around 280 hours, may be this is not enough

I have not tried that yet - but will try it today. I am on a vanilla PVE-C server - no mods. I have noticed a HUGE change in my Thralls behavior though. Yesterday, she was following me and was on Ättack all"status. She went beserk and was killing EVERYTHING… including bunny rabbits and baby animals. SHe used to attack only things that might aggro to me (using those same settings) never bunnies. We passed by a player base, and she started trying to kill any of the player animals on that base set to guard. Needless to say, I got her out of there right away. I have not tried to see If she will receive friendly fire when following - but I will. Thank you for this thread

the friendly fire is so annoying pvp private server here, turned it all down too 0.1 as that is the lowest it goes, but when i accidentally hit my lvl 1 gorilla he lost 15% health in one hit, as of now i have just given up on using pets, dont see the point as i would most likely kill my pet before the mobs…