The Brightness is currently Very High, be it the configuration, TV screen, or any other device, it becomes impossible to see anything. Even the sight hurts. in Console this affects the complete game every time a storm occurs or during the day in southern areas and other times, the game becomes luminous for too many and almost impossible to walk Well it hurts to look at the screen, not even 1 foot from your forehead.
You find it logical to change something that works correctly to supposedly improve it and in reality what they do is make it worse and almost make it unplayable. 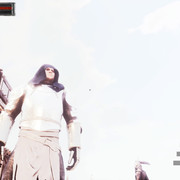 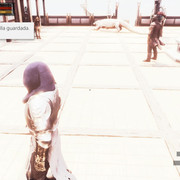 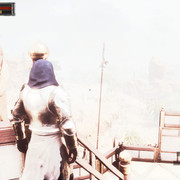 We’re aware of this issue that affected some players on PC during 2.3 as well. This was addressed with 2.4, which is slated to come to consoles soon.
Sorry for the frustration until then.

there is also a sandstorm without sand and sound. No music no cloud but you die. Or a sandstorm like it should looks like but not hearting me without mask. Are this known issues too? The invisible sandstorm i saw the first time on my pve c i played 8 month ago.so before the last update. But this happens now every time I play on a pve I started some days ago.

We’re aware of that issue, which is also affecting other platforms. It normally occurs when logging into a game where the sandstorm has already started. It is in our devs’ list of to-do things for an upcoming update.

Hi @Ignasi,
all three types of sandstorm happens to me while I was a longer time logged in. Also multiple times in one session. The sandstorm without sand is hard. Sometimes it takes a while to realize what is going on…hungry? Thirsty? Ahh sandstorm

once it kills me inside my building. This was a visible sandstorm.
Of some of this sandstorms I have saved the video. I can share it with you if your developers need this.

Have not had the killer sandstorm in the house lately. Moved a bit north.

That would be helpful, thank you. Could you report this issue in a new thread so we can track it more easily?