I’ve not been on since the last patch, but today when an NPC fighter from Sepermeru followed me into my base, one of my exterior thralls followed him in and killed him.

Then ALL the other exterior guards came and stared at his corpse. I cut it up, but 15 minutes later they have still formed this ring around where he died. I even physically moved them all back out to where they belonged and they all still came back in to stare at the ground where his corpse was (even after I chopped it up). 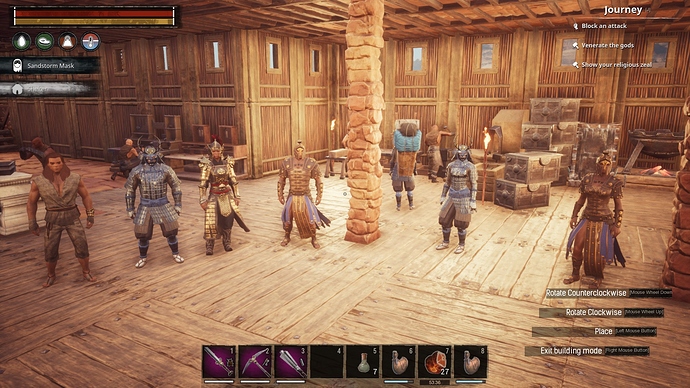 UPDATE: 30 minutes later, they all returned to their posts.

This is on the US OFFICIAL PVE ENG 3 Testlive server.