Has anyone found a BLADE OF THE ADVENTURER since the big update?

We have looted a good 100 legendary chests.
We have yet to find the blade of the adventurer. Could anyone confirm if it has been removed from the loot table or not?
Black dragon pike on the other hand is droping like crazy.

I did, twice on a boss farming run.

Is that the one handed sword that does like 97 damage unmodded? If so I’ve found 2 from farming bosses in the Unnamed City.

Got most of my blades of the adventurer from Groot at circle of swords , farmed diff chests over 600 times an have 6 . They are a pain in the butt to get . I would go to less traveled places like the bats ‘black blood’ or spider queen as well. Good luck.

No, he talks about the Predatory blade

I found Chest tree boss, Hill of the Dead.

I have found 3 so far, all different boss chests

I got a BotA just last week on an Official PvE after killing the Scorp King by Sepermeru. So yes, it’s still dropping post-patch.

Also got it there ~4-5 days ago. And yesterday finally a 2nd Baal-pteor’s Razor…
I always kill it on my way to the Wine cellar dungeon and on the way back (have a maproom next to the obelisk).

PS.: Lets see how long the Baal-pteor’s weapons have their zero weight until its redeemed “unbalanced” for whatever reasons…

I only have one, and I got it from a decay scrounge. Unfortunately the previous owner put the spiked fitting on it, so I’ve been looking actively for another one for something like three months. No success yet, official PvP server.

I thank you all very much for your replies.

In my quest for this blade i found out that all crocodiles in the game (boss included) have a very armor rating. I Don’t know if it’s new or not but maces and warhammers work best against them.

Killed the Croc next to my base first, then the scorpion next to Sepermeru… 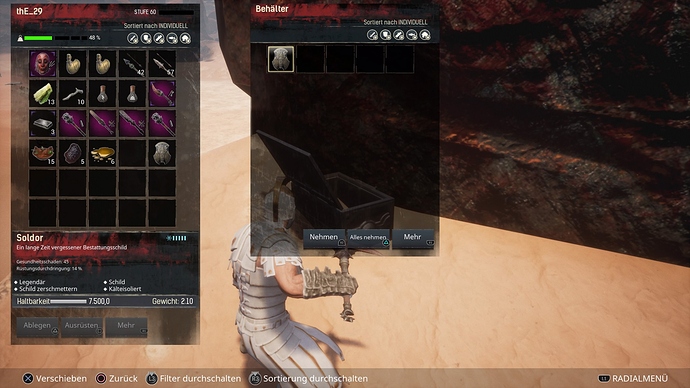 The 97 damage unmoded is called “predatory blade” .is a one handed sword that only does damage on light attack and does 1dmg on heavy ! Very good for your horse !

i used to have a lot of them from crocodile bosses.

Found one today on PS4 official.

Got one from a big croc now: 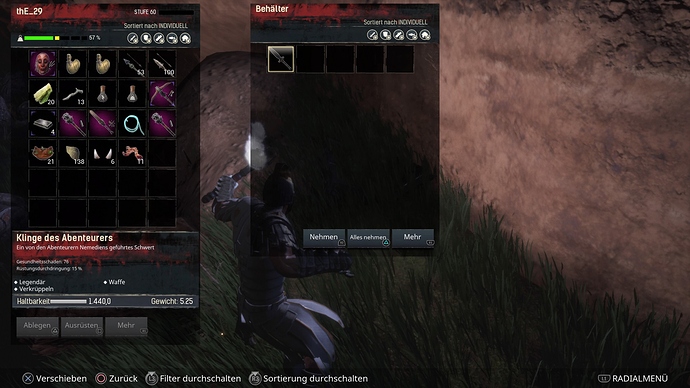 I would trade 10 of my pred blades for a sword of adv. just havent nabbed it again yet.

Mine was from the Demon Spider in the east bay.